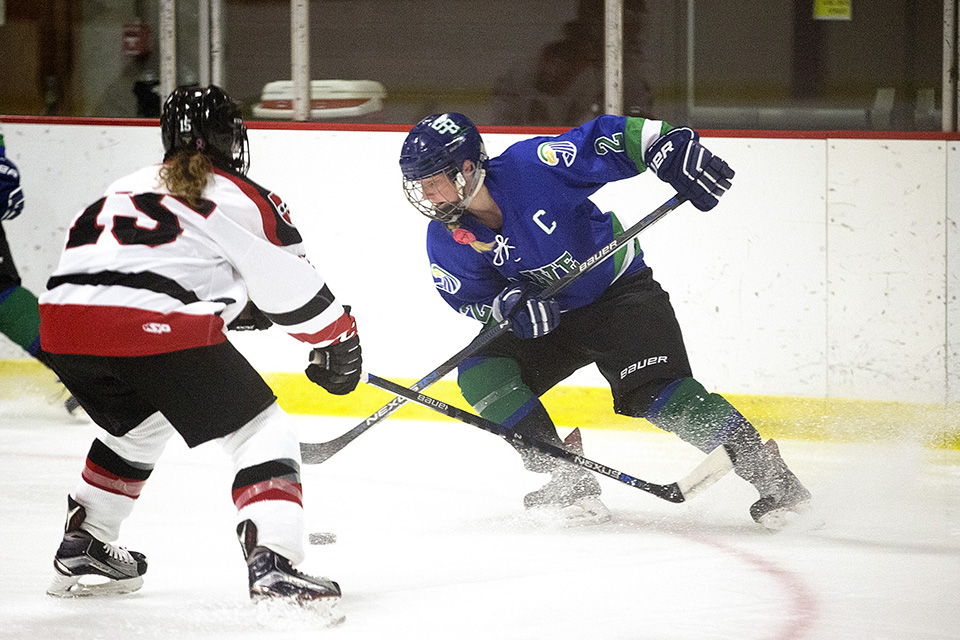 Taylor Chisholm ’19 has been named a first team forward on the Colonial Hockey Conference’s all-conference team as selected by the league’s seven head coaches.

Chisholm led the Seahawks with eight points on five goals and three assists in conference action. She recorded 21 total points (13 goals, eight assists) on the season and skated to a +6 ranking in 25 games played. She led the Seahawks in scoring for the second straight season.

A two-time captain, Chisholm currently ranks 7th all-time in total scoring and goal scoring for the Seahawks with 36 goals and 39 assists for 75 total points in her career.