As Jews around the world this week observe Purim, a new essay on the enduring impact of the beloved biblical Queen Esther by Dr. Emily Colbert Cairns, associate professor of Spanish, has been published at TheTorah.com.

In “Esther, Queen of the Conversas,” Dr. Colbert Cairns connects the story of Esther (c. 500 B.C.) to the faith and persecution of the Carvajal family – particularly sisters Isabel and Leonor – who were imprisoned twice by the Spanish Inquisition and ultimately killed after their second trial in 1595-1596.

“Esther was a figure who passed within the majority society in biblical Persia, ultimately revealing her faith to save her Jewish people,” Dr. Colbert Cairns wrote in the article. “This story of hidden religious identity became a huge source of inspiration for crypto-Jews throughout the Sephardic Diaspora, who themselves were passing as Catholics while privately living as Jews.” 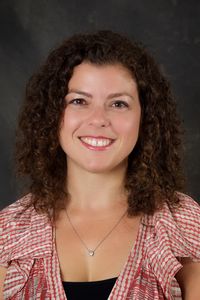 In linking Esther’s story of inspiration to the struggles of the Carvajal family, Dr. Colbert Cairns commemorates the strength of women from different eras who remained true to their heritage regardless of the consequences.

“For the Carvajal women, Esther was a female savior, a resistance figure who risked her own personal safety for the good of the Jewish people,” Dr. Colbert Cairns wrote. “There are many connections between the story of Esther and the reality of Isabel and Leonor’s lives: all three [were] women; Esther and the Carvajal sisters lived double lives; and they passed as members of dominant culture—Persia and New Spain respectively—while living secretly as practicing Jews.”

After publishing her first book, “Esther in Early Modern Iberia and the Sephardic Diaspora: Queen of the Conversas,” Dr. Colbert Cairns told the Newport Daily News in 2018 that Esther’s story is relatable throughout the ages, including modern times.

“What happened hundreds or thousands of years ago is relevant today, whether it is religious persecution or stereotypes about women’s role in society,” she said. “It’s fun to think about how we relate to figures (from) many years ago.”

TheTorah.com is the world’s leading platform for Torah study informed by academic scholarship, and is widely used as a resource by rabbis, educators, academics and lay readers from all backgrounds and denominations.