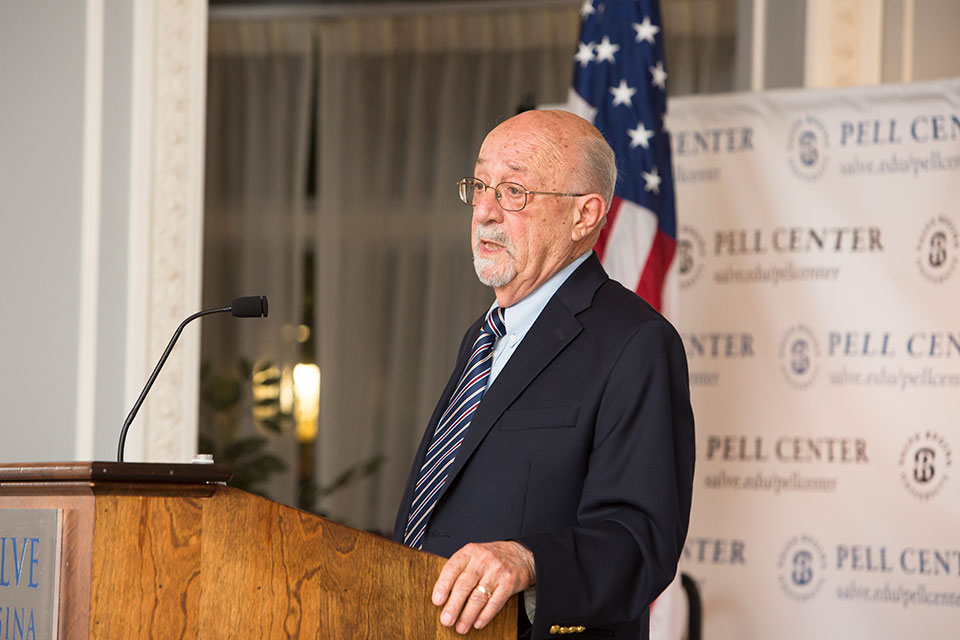 As emeritus professor, DiNunzio continues to teach in Providence College’s development of Western civilization program. He has written essays on Civil War history, and his books include “Franklin D. Roosevelt and the Third American Revolution” and “Who Stole Conservatism.”

Constitution Day became a national observance in 2004, when Congress passed a bill designating Sept. 17 as the day for citizens to commemorate the signing of the U.S. Constitution and learn more about the nation’s founding document.

To RSVP for the lecture, visit the Pell Center’s Eventbrite page. For more information, call (401) 341-2927 or email pellcenter@salve.edu.