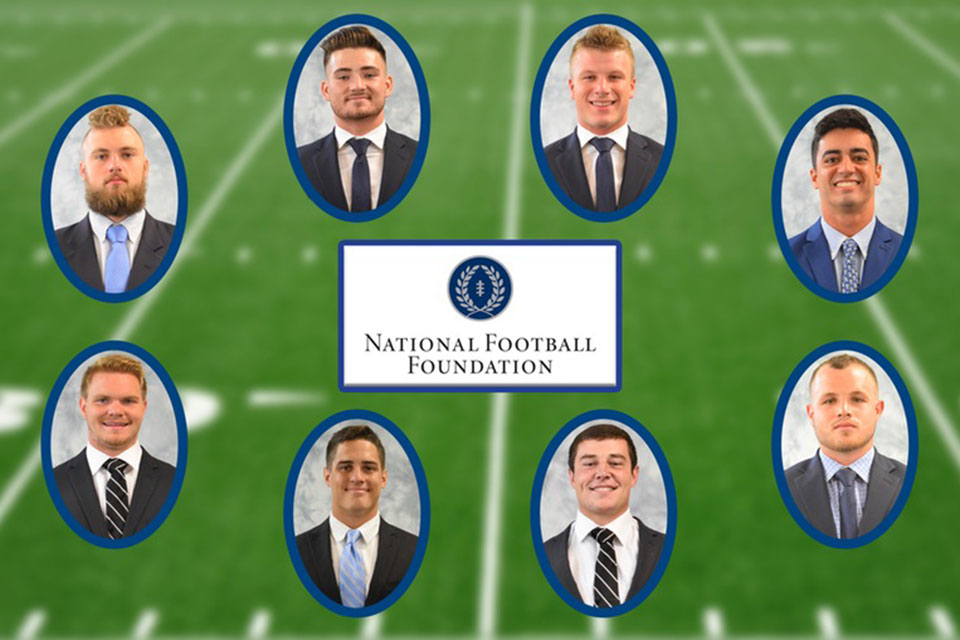 Eight members of the Salve Regina football team were recently named to the National Football Foundation and College Hall of Fame’s Hampshire Honor Society, comprised of players from all divisions who maintain a cumulative 3.2 GPA or better throughout their college careers.

“This is a true indicator of champions on and off the field,” said head coach Kevin Gilmartin. “For Salve Regina football to have this many players on the NFF is an amazing testament for the Salve football family.”

Nominated by their respective schools, members of the Hampshire Honor Society must have: