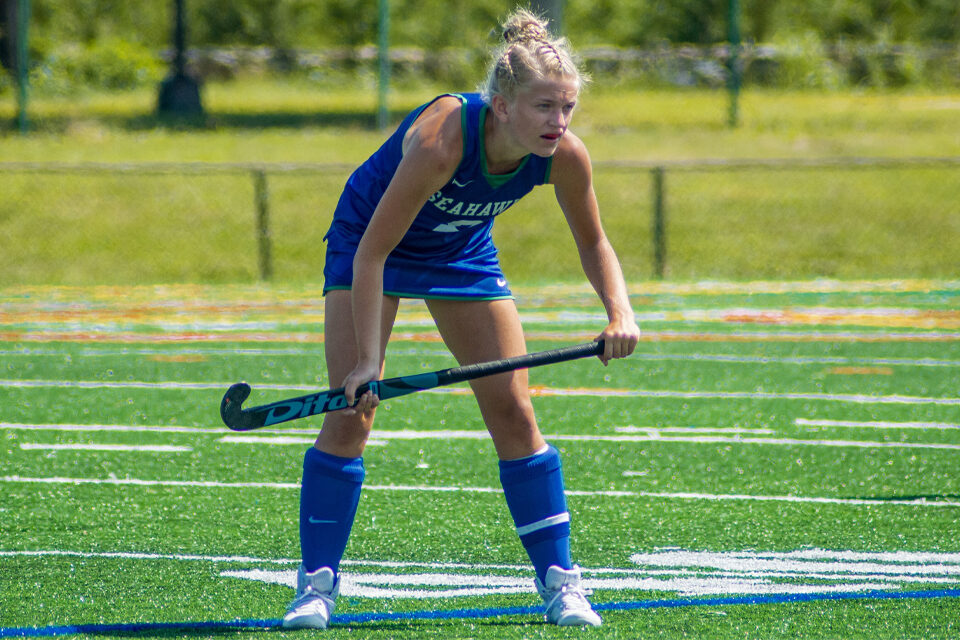 Showing up to represent Salve Regina was Eliza Timms ’22, who was selected as a forward for the All-CCC First Team. Timms is a biology major, and she was also named a CCC Offensive Player of the Week in 2021.