Faculty lecture to explore the birth of today’s “beach reads” 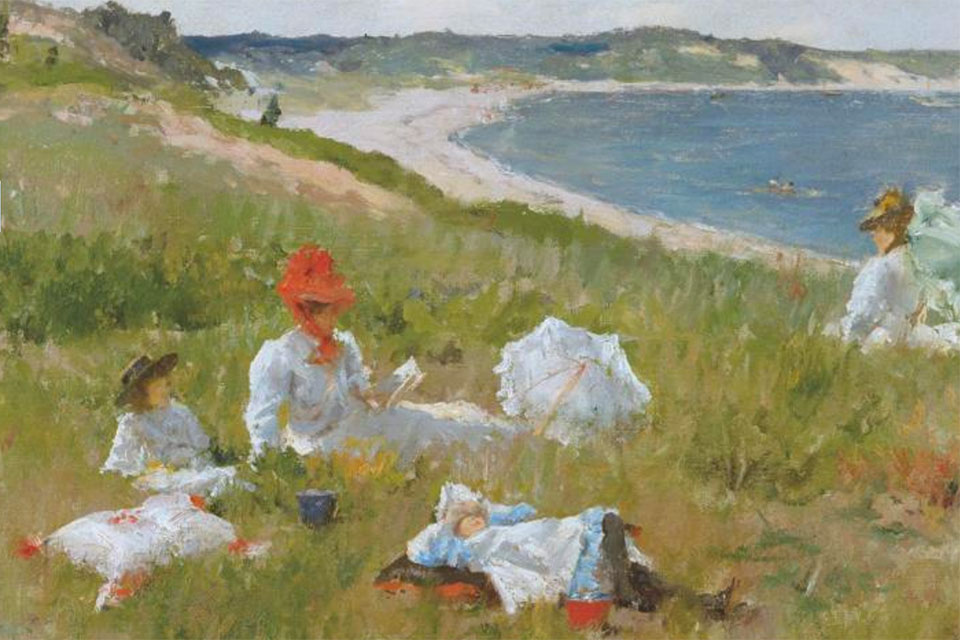 Editor’s note: Due to the threat of inclement weather, this lecture has been postponed to 4 p.m. Wednesday, Feb. 13.

Dr. Donna Harrington-Lueker, professor in the Department of English and Communications, will explore the birth of today’s “beach read” at 4 p.m. Tuesday, Feb. 12 in the McKillop Library as part of the library’s faculty lecture series.

The lecture will be based on the findings of Harrington-Lueker’s new book, “Books for Idle Hours: Nineteenth-Century Publishing and the Rise of Summer Reading.” Focusing on the period between 1865 and 1900, she documents the history of a period that saw a rapid rise in summer travel and tourism among the middle class, the proliferation of the cheap paperback, and changing attitudes toward the value of leisurely reading – all of which helped fuel the newfound popularity of the summer novel and summer reading.

Drawing on book reviews, readers’ diaries and publishing records, the book details the ways in which 19th-century readers, authors and publishing houses came to frame summer reading not as a disreputable indulgence, but as a respectable pastime and a welcome respite, especially for women readers. It also examines the development of a new genre – the American summer novel – which uses summer resorts as settings for the action and which was adopted by some of the most popular authors of the period, including William Dean Howells and Stephen Crane.

The book is part of the series “Studies on Print Culture and the History of the Book” from the University of Massachusetts Press.

“So many of the practices we engage in as summer reading today – checking the lists of the best summer reads that come out in June or indulging in a paperback potboiler we wouldn’t read otherwise – have their roots in the 19th century,” Harrington-Lueker said. “This project is a kind of back-to-the-future. Some of the same conversations about escapist fiction vs. serious summer reading are still going on today.”

Harrington-Lueker has a bachelor’s degree from Merrimack College and a master’s and Ph.D. from the University of Illinois at Champaign-Urbana. A former magazine writer and editor, her research interests include 19th-century book history, women’s magazines and the alternative and radical press. Her academic writing has appeared in the Keats-Shelley Journal, Journalism History and Nineteenth Century Studies.