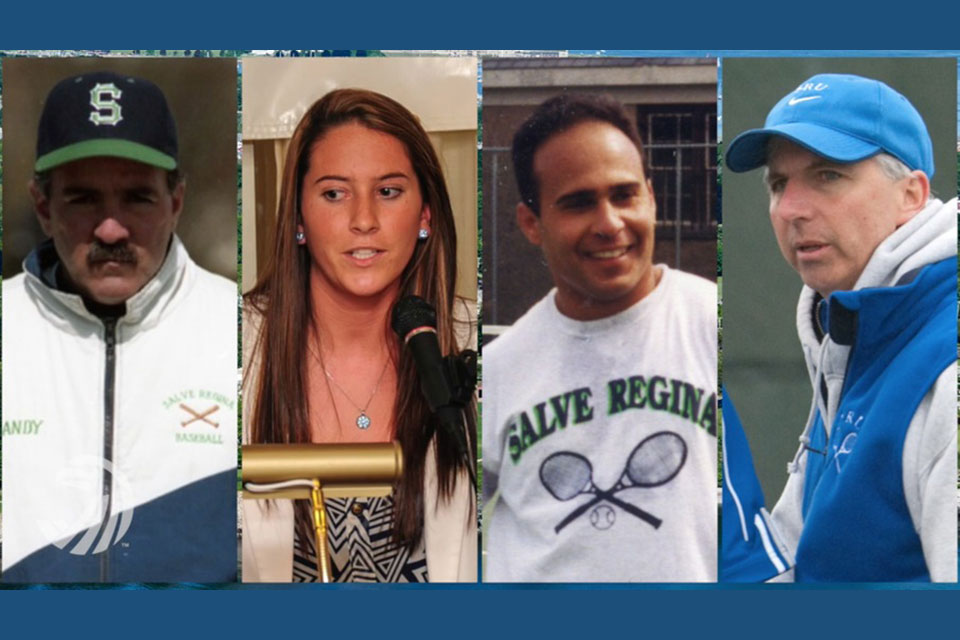 The induction ceremony and brunch will begin at noon Sunday, Oct. 6 in Ochre Court. The cost is $25 (free for children 5 and under), which includes a $5 gift to Friends of Seahawk Athletics. Tickets will be available at the door.

Andrade coached the baseball team from 1985-1999. During that time, the Seahawks won more than 240 games and five conference championships, including the first in school history. Andrade coached eight Hall of Fame members, including two all-New England players.

Haskell was a member of the basketball and soccer teams. A two-time defensive player of the year for women’s basketball, she scored more than 1,000 points and is Salve Regina’s all-time leader in assists in a season and career. A two-time offensive player of the year for women’s soccer, Haskell is Salve Regina’s all-time record-holder for goals and points in a game, season and career.

Picozzi was a member of the football and tennis teams. In his single season on the football team, he returned 14 punts for 99 yards, including one for a touchdown. Picozzi recorded the most singles wins in a season for any men’s tennis player in the 1990s and was part of three conference championship teams.

Shanley coached the cross country team from 1996-2000 and the men’s tennis team from 1996-2009. During that time, the men’s tennis team won 10 conference championships and twice advanced to the second round of the NCAA championships. Shanley was the conference’s coach of the year eight times and was one of four finalists for national coach of the year in 1997.