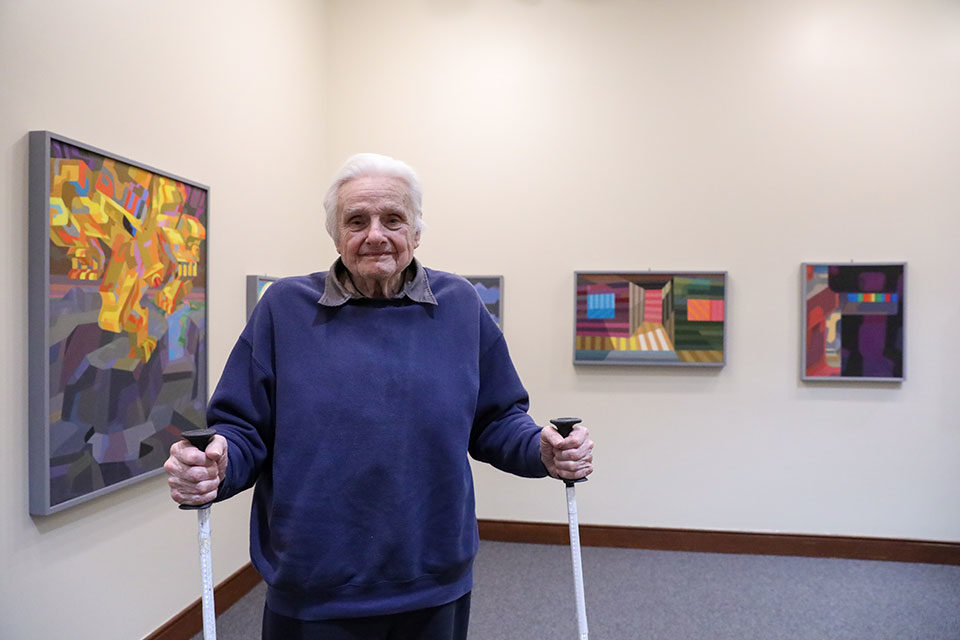 If anyone has wondered about the vibrant acrylic paintings on display between the second and third floors of the McKillop Library, they are the work of modern artist Johannes von Gumppenberg. For over 60 years, von Gumppenberg has dedicated his life to creating artwork that can deepen people’s understanding of the significance of modernism and modern art.

Staff, faculty and students are invited to come to a gallery reception for von Gumppenberg and his wife Janet in the McKillop Library, Room 304, on Thursday, Feb. 20 at 4 p.m. Salve Regina staff and von Gumppenberg himself will offer some introductory remarks, and light refreshments will be provided.

“I’m very much interested in clarifying people’s understanding of art. It is really kind of a language,” said von Gumppenberg. “You compose to speak, and … when we say things in pictures, [it is not] very different from the way that we would organize speech.” 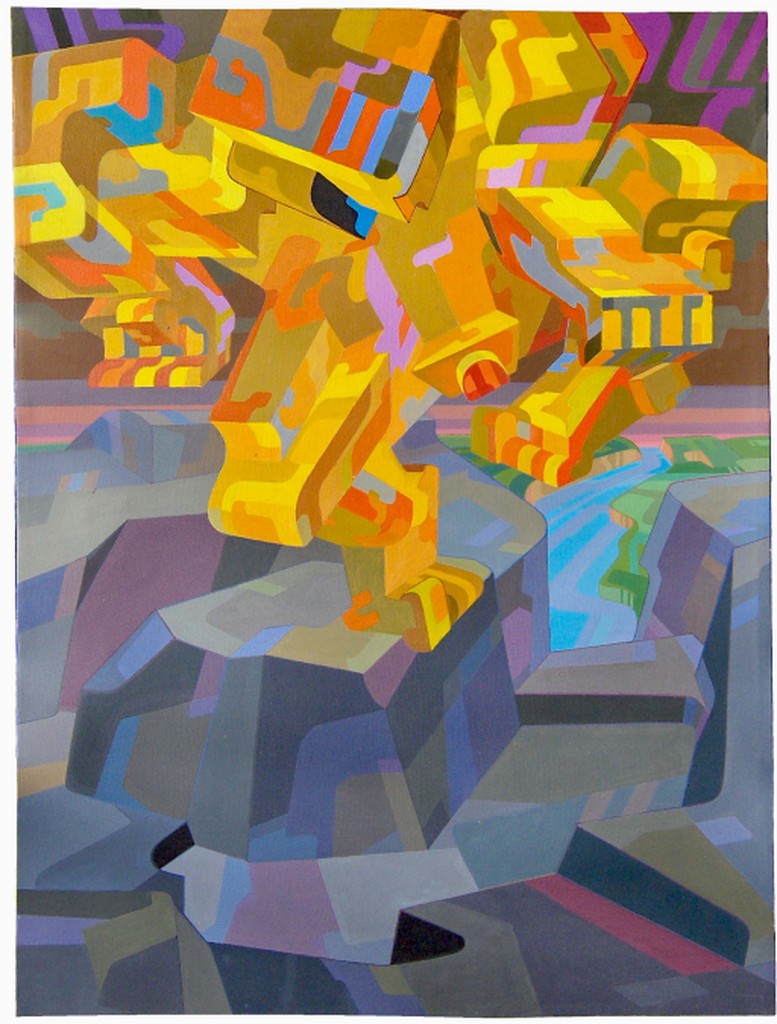 Born in Germany in 1931, Johannes von Gumppenberg studied illustration at Rhode Island School of Design and graduated in 1955. He then earned an MFA from Yale University in 1962 and also studied at Munich Academy of Fine Arts.

During his time at Yale, von Gumppenberg studied color under Josef Albers—a German American artist and educator whose work molded modern art education programs of the twentieth century in America and Europe—whom von Gumppenberg considers to be his greatest teacher.

“The first interview I had with Josef Albers of Yale … he leafed through my papers, and he said, ‘I see you have done a lot of work with the human figure …. That doesn’t count here. Here we do [color],'” recalled von Gummpenberg. “But he had something to say about color, and he made that point about composition.”

Von Gumppenberg went on to teach in the art department at the University of Illinois, and he then served as department chair at Kalamazoo College in Michigan. He went on to teach, write and create art in Lancaster, Pennsylvania, for over 20 years in a house that he and his wife restored. 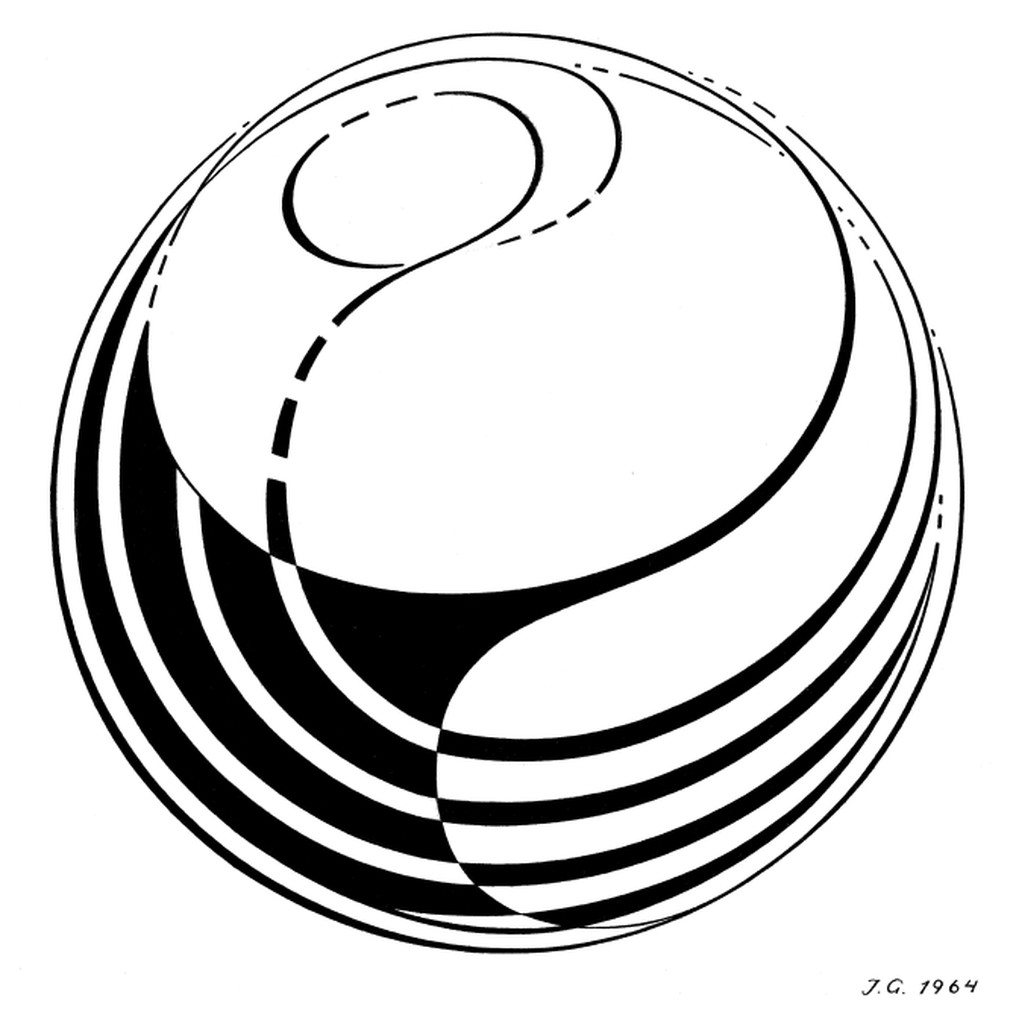 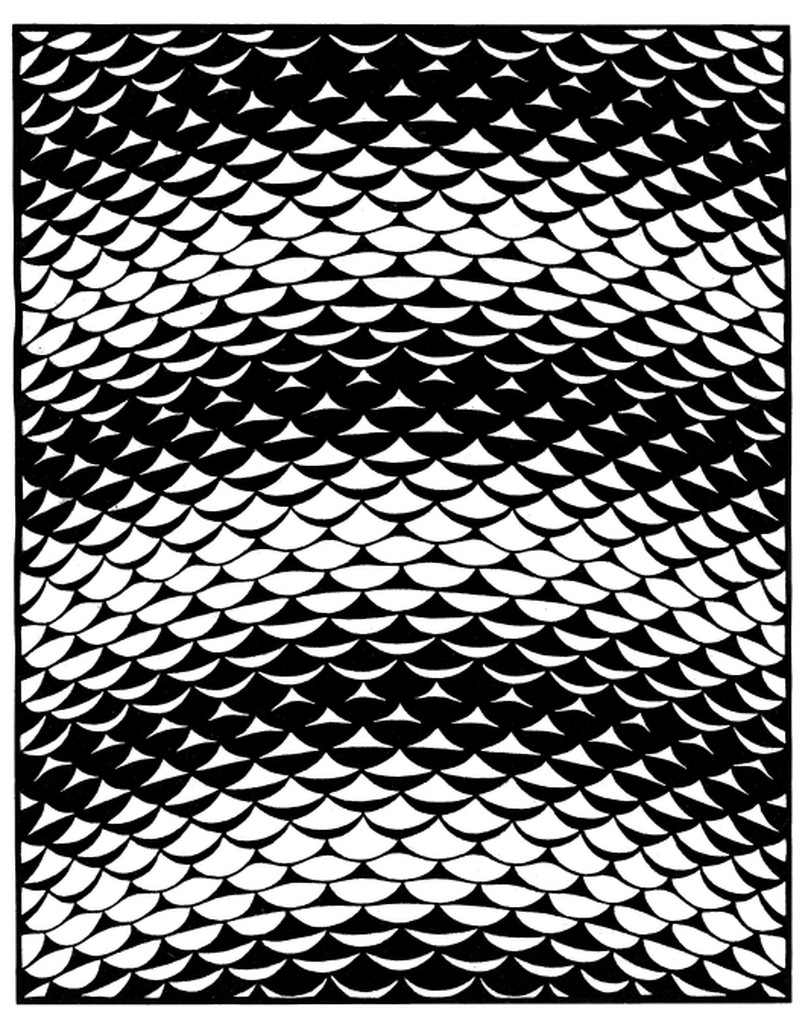 It was in Lancaster where he spent many joyous moments creating art, writing and teaching in a private setting. “[My studio was] on the third floor, and you could look down on the street, and the scenery changed all the time—people and everything,” von Gumppenberg described. “It was lovely to just sit at the drawing board, and I never got tired of it.”

In 1995, the von Gumppenbergs decided to retire to a location near the ocean, and they fell in love and found a home in Jamestown, Rhode Island. They became connected to Salve Regina 12 years ago when von Gumppenberg began leading seminars for the Circle of Scholars, Salve Regina’s lifelong learning institute for people 50 years and older.

For more information on Johannes von Gumppenberg, visit his website. 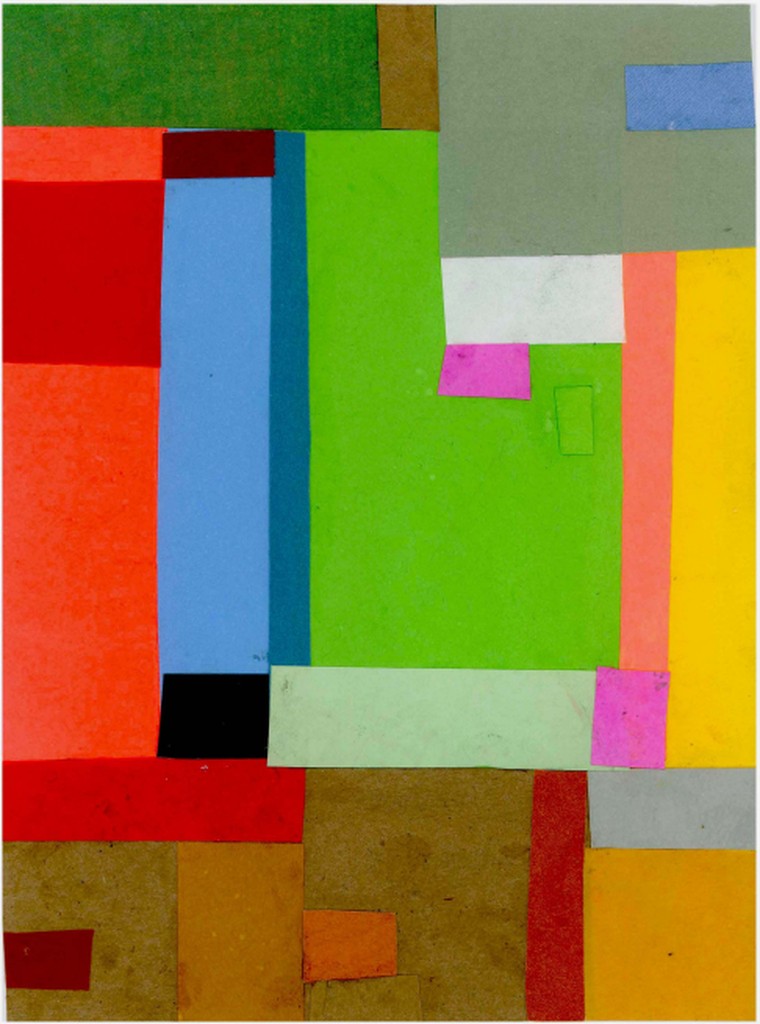