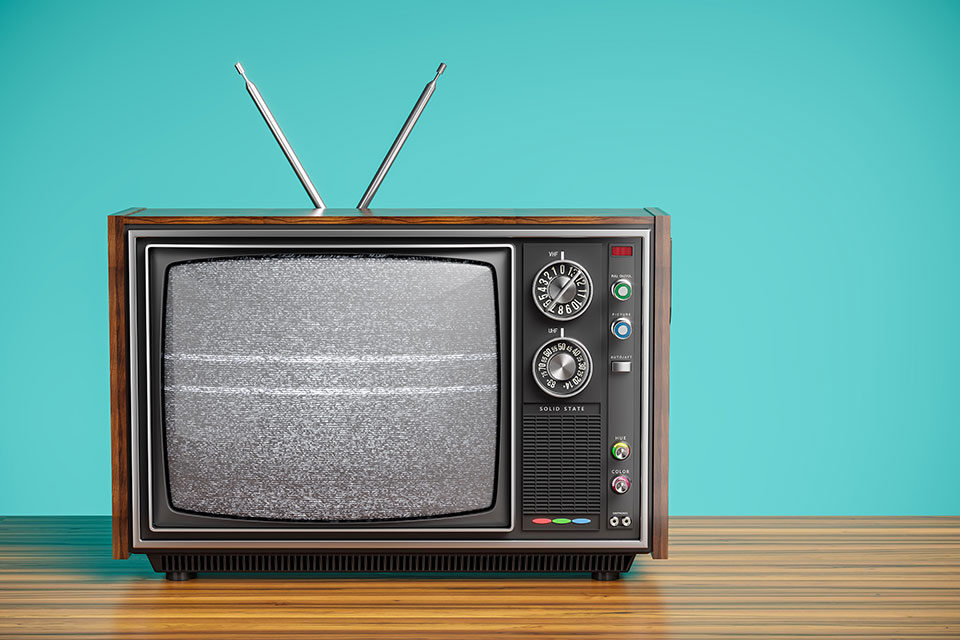 The power of television’s impact on shaping American attitudes toward a given language, group and culture is examined in a new book by Dr. James G. Mitchell, professor and chairman of Salve Regina’s department of modern languages. 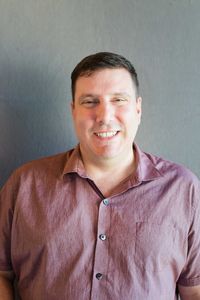 In “Watching in Tongues: Multilingualism on American Television in the 21st Century,” Mitchell asks questions that have not previously been posed about second language use on television. His answers not only shed light on issues of the representation of language learning and language use, but also constitute a lens through which American society as a whole might be understood.

“As a television junkie from a young age and a second language learner from almost as early, I have always been interested in when and why languages other than English were being used in real life and, of course, on the television that I’d watch growing up in a suburb of New York City,” Mitchell says. “As a grown-up who became an applied linguist and second language acquisition researcher, I finally had the tools to understand and analyze these portrayals from a linguistic perspective. My hope for this book is to explore a number of issues and ideas raised by these depictions of second language speakers and second language use on television.”

Mitchell analyzed shows that aired from 2003-2019 on the five major U.S. broadcast networks, ABC, CBS, Fox, NBC and the CW, as well as basic cable networks like ABC Family (now Freeform), Cartoon Network, TNT, USA and a single show from a premium cable channel Cinemax. He also included analysis of a very relevant episode of “The Simpsons” from 1990.

“The U.S. is arguably a perfect context for this exploration,” Dr. Monika Bednarek of the University of Sydney’s Department of Linguistics writes in the book’s foreword. “While there are other ‘Anglo’-countries that feature multilingualism in relation to immigration, the global impact of US-American pop culture in the realm of fictional TV series is unparalleled. As depictions on television also reflect contemporary issues in US-American society (such as political polarization and anti-immigrant sentiment) and because Mitchell makes concrete connections to real-world issues such as language and immigration policy (e.g., the Deferred Action for Childhood Arrivals/DACA program; official English state legislation), the book can also be used in the teaching of US culture.” 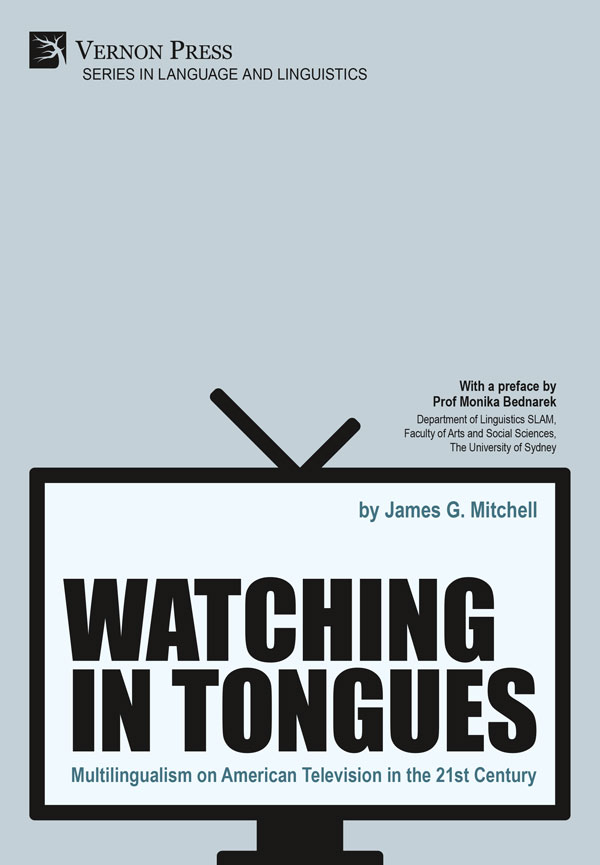 Interesting facts about historical developments in television are also presented, Bednarek writes. For example, the Puerto Rican grandmother in the sitcom “Freddie,” discussed in Chapter 8 was the first character to speak only in Spanish on a US-American TV series. This invites comparison with Abuela, the character of Alba Gloriana Villanueva, in the more recent comedy-drama “Jane the Virgin,” which furthermore invites comparisons to “Ugly Betty,” discussed by Mitchell in Chapter 5.

“The book engages a multidisciplinary audience and would interest scholars and students in applied linguistics, such as second language acquisition and sociolinguistics, as well as in television studies, media studies, popular culture studies, and intercultural communication,” writes Dr. Leigh Edwards, professor of English at Florida State University. ” ‘Watching in Tongues’ is accessible and engaging and would be a useful textbook for an introductory linguistics course.”

Dr. James G. Mitchell graduated from Goucher College in 1996 with degrees in biochemistry and French. He went on to earn his Ph.D. in romance studies with a specialization in second language acquisition from Cornell University in 2001. Since 2001, he has been employed as a professor at a variety of institutions from large state universities to small liberal arts colleges. Since 2006, he has been at Salve Regina, where he is currently professor of French, Italian, and linguistics. His overarching research specialization is second language acquisition, specifically aspects of classroom acquisition and second language pedagogy.