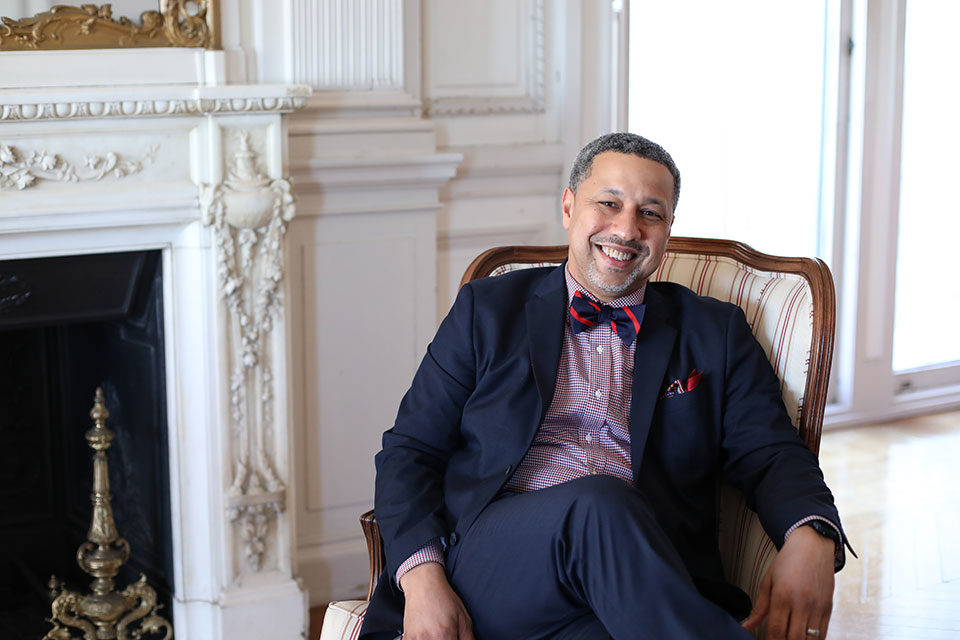 Smith, who will continue his duties as acting dean of students, has a career in higher education that spans two decades with expertise in all aspects of student life, including student conduct and advocacy, retention efforts, policy writing, housing management and budget oversight, among others. For three years, he served as the University’s Title IX coordinator.

“I’ve been impressed by Malcolm’s ability to juggle multiple issues, yet never lose sight of what is most important as he advocates for our students and his Student Affairs team,” said Dr. Kelli J. Armstrong, Salve Regina president. “He is the consummate professional. Malcolm has embraced Salve’s mercy mission and we are truly fortunate to have him as a senior leader on campus. I look forward to working with him to continue providing the best possible experience for our Salve students.”

Since arriving at Salve Regina as dean of students in 2013, Smith’s top priority has been to promote student success. He has gained students’ respect across campus as a staunch advocate for their voices and concerns, even as his role as dean sometimes required him to be a disciplinarian.

“I’m genuine with students,” Smith said. “I believe as a student it is easier to talk to and be honest with someone you know cares about you and respects you. That sometimes means I have to share a hard truth with them, but I make sure to always do that with care. I respect the students and let them know, and they see that through my words and actions.”

During his tenure at Salve Regina, Smith led the revision of the University’s sexual misconduct policy, established the Student Conduct Hearing Board to give students a stronger voice in the University judicial process, developed a Behavioral Intervention Team to include key departments across campus, and developed a review and standards committee to give students, faculty and staff input on proposed revisions to conduct policies.

Active in the Newport community, he has served on the boards of many organizations, including the Newport Community School, the Women’s Resource Center and Quest Montessori School.

Prior to his arrival at Salve Regina, Smith served as assistant dean of students at the University of Illinois at Chicago, where he was part of a team advocating for and supporting an urban university of approximately 27,000 students. Before that, he was interim director of university judiciaries at Ohio University and director of judicial and external affairs at John Carroll University. He has a B.A. in elementary education and a M.Ed. in college student personnel, both from Ohio University.