Jody Mooradian to retire in September as director of athletics 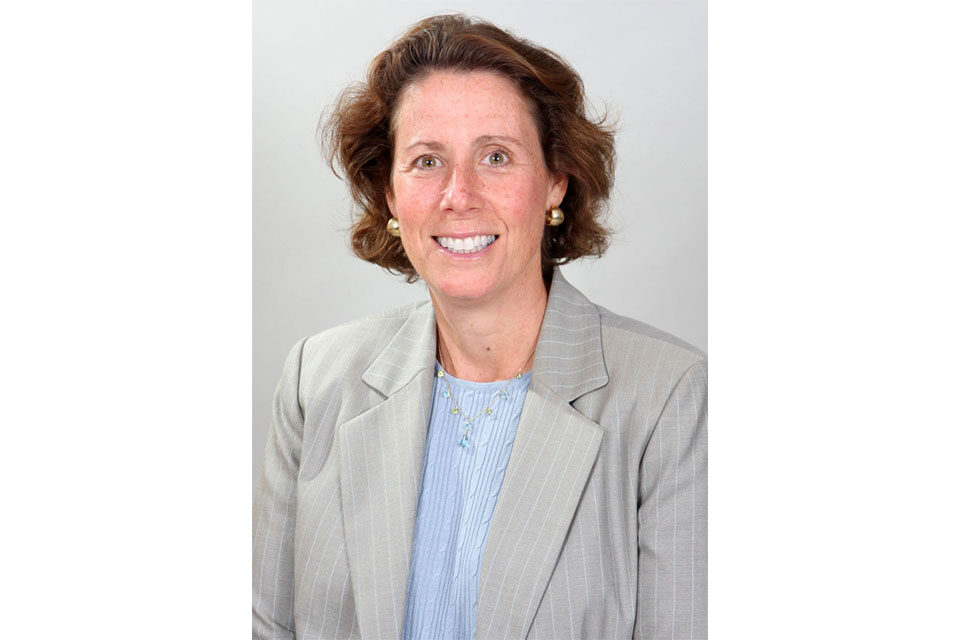 Jody Mooradian, director of athletics at Salve Regina since January 2016, has announced her retirement in September. Bill Villareal will step away from his head coaching duties of the women’s lacrosse team after eight seasons and will take on additional duties in his new role as acting athletic director.

“While it may sound trite, it truly has been a privilege to be the athletic director at Salve Regina,” Mooradian said. “Sincerely from my heart, I can say that I have treasured this time. Having the ability to watch and help our student athletes grow as young men and women has been a gift.”

“Moving to NEWMAC will be a crowning moment for Salve Regina University, not just athletics, and I am proud to have been part of that process,” Mooradian said. “That is also why I know this is the right time for me to retire and watch from the sidelines.”

During her tenure, Mooradian established the Seahawk2Seahawk initiative in 2017 to bring together athletics alumni across generations for conversations, roundtables and networking. She established Seahawk Academy in 2018, an initiative where experts regularly host group sessions with Salve Regina student athletes to mentor them on a wide range of topics like finance, mental health, nutrition and more. Captains Council has been another way to promote student athlete leadership and further team strengths as a whole department.

“Jody has been a champion of educating the whole person at Salve Regina,” said Dr. Kelli J. Armstrong, president of Salve Regina, who indicated the University will soon begin a national search for Mooradian’s replacement. “Her leadership programs for our athletes and alumni are outstanding, along with her support for their academic achievement and service to the community.”

Mooradian has been able to teach several courses in the field of sports management, as well as to serve on national committees like the National Collegiate Athletic Association’s (NCAA) Committee on Infractions during her tenure.

“‘Once a Seahawk, always a Seahawk,’ is not just a phrase, it is the fabric of Salve Regina Athletics,” Mooradian said. “My favorite things are watching the athletes compete and then seeing them return to Salve after graduation. We have had unbelievably talented young men and women, but they are better people than they are athletes.”

Mooradian said bringing football and other sports back to Toppa Field is another highlight of her time at Salve Regina, as it created an exciting venue for students, the community, athletes and their families. She also said elevating equestrian to varsity status was a positive addition to the program.

“I have been surrounded by a team of coaches and staff who work tirelessly to ensure that our students have the best experience possible and that is on and off the place of competition,” Mooradian said. “Together, we have been able to have great athletic and academic success and build a strong foundation of programming for leadership. The overall success our student athletes with graduation rates, the GPAs, and the service to others are the easiest things to see, but the best thing for me is just the knowledge that we have so many student athletes who will remember their time at Salve as part of a team as one of the best times of their lives.”

Jody Mooradian has served as a senior athletic administrator at several institutions, including Boston College, Northeastern University and Edinboro University. She practiced law for seven years prior to mixing into athletics at University of California, Los Angeles working in compliance. She has served on numerous NCAA committees, the National Association of Collegiate Directors of Athletics, and conferences committees. She teaches sports law and NCAA enforcement at Salve Regina and the Drexel Kline school of Law.