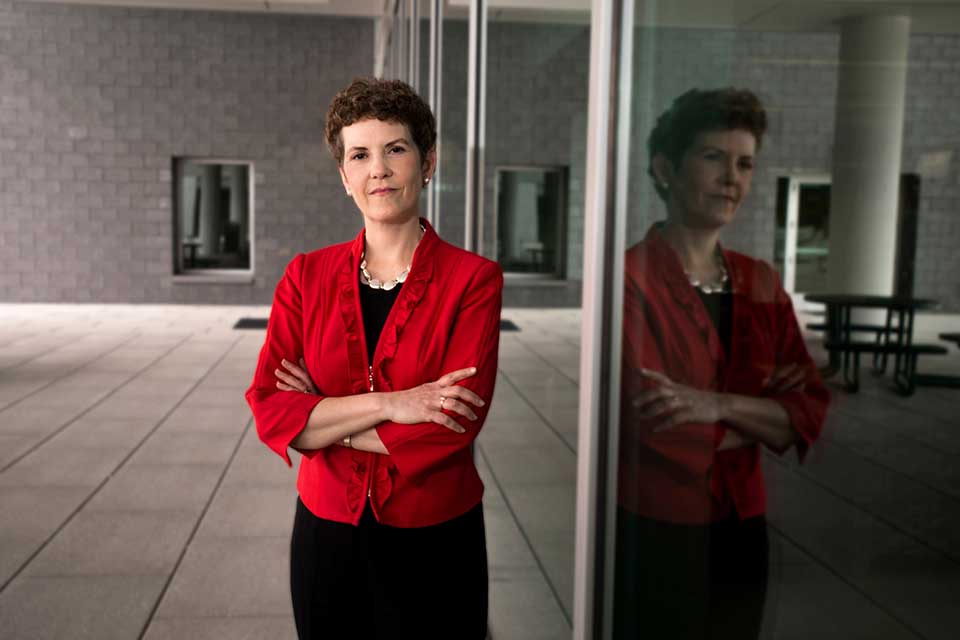 One of the world’s leading experts on security and how conflicts end will visit Salve Regina next week to discuss how new “open” technologies are transforming access to means of violence.

Audrey Kurth Cronin will present “Power to the People: How Open Technological Innovation is Arming Tomorrow’s Terrorists” at 7 p.m. Monday, Oct. 7 in the Bazarsky Lecture Hall as part of the Pell Center for International Relations and Public Policy’s fall lecture series. To RSVP, visit the Pell Center’s Eventbrite page.

In her new book, Cronin argues that the 21st century “sharing economy” has already disrupted every institution, including the armed forces. Higher-order functions that previously had been exclusively under state military control – mass mobilization, force projection and systems integration – are being harnessed by non-state actors, including violent individuals, terrorists, insurgents and private armies. Power, in the form of lethal technology, is flowing to the people; but the same technologies that empower can imperil global security – unless we act strategically.

Cronin’s career incorporates experience in both academic and policy positions, in the U.S. and abroad. She is the founding director of the Center for Security, Innovation and New Technology at American University and was previously the director of war and statecraft at the U.S. National War College.

Cronin has worked as a specialist in terrorism at the Congressional Research Service, advising members of Congress in the aftermath of 9/11. She also held a number of positions in the U.S. executive branch, including in the Office of the Secretary of Defense for Policy, and was director of studies for Oxford University’s Changing Character of War program.