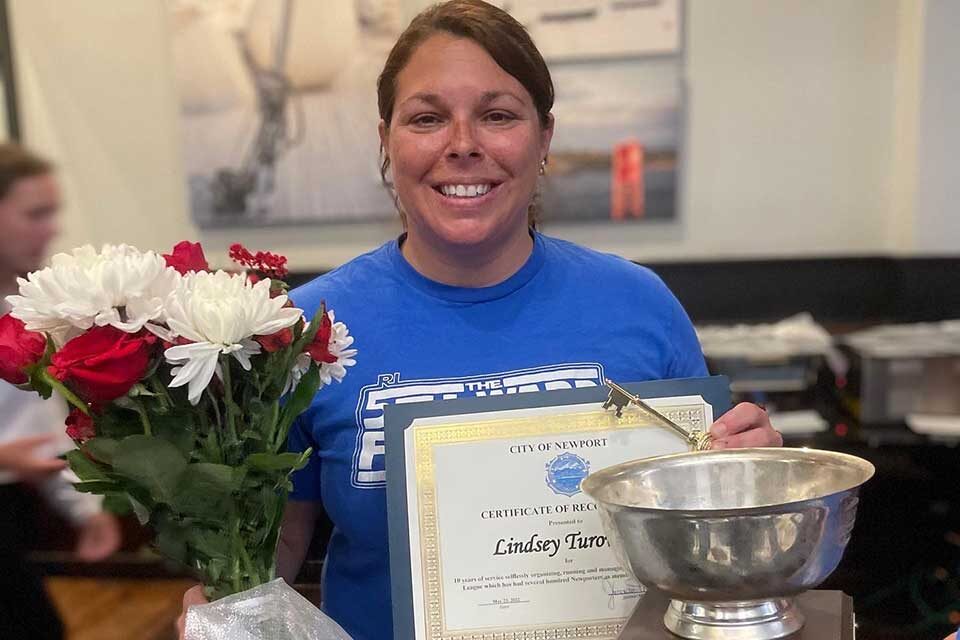 Lindsey Turowski, director of integrated marketing strategy and brand deployment in the Office of Strategic Communications and Public Affairs, has recently been award the key to the City of Newport by Jeanne-Marie Napolitano, the mayor of Newport.

The key to the city was given to Turowski to recognize over 10 years of hard work and community building as she created and ran RI Kickball. RI Kickball is a non-profit 501(c)7 sports league that has been a positive point of social and athletic connection for locals residing on Aquidneck Island.

“Over the past 11 years and 20 seasons of RI Kickball, I have had the privilege of making many lifelong friendships and partnerships with local businesses because of RI Kickball,” said Turowski. “I am forever grateful that I took the plunge and started this league with the help of my husband Carson and my friend Valerie Mey-Altenburger all those years ago.” 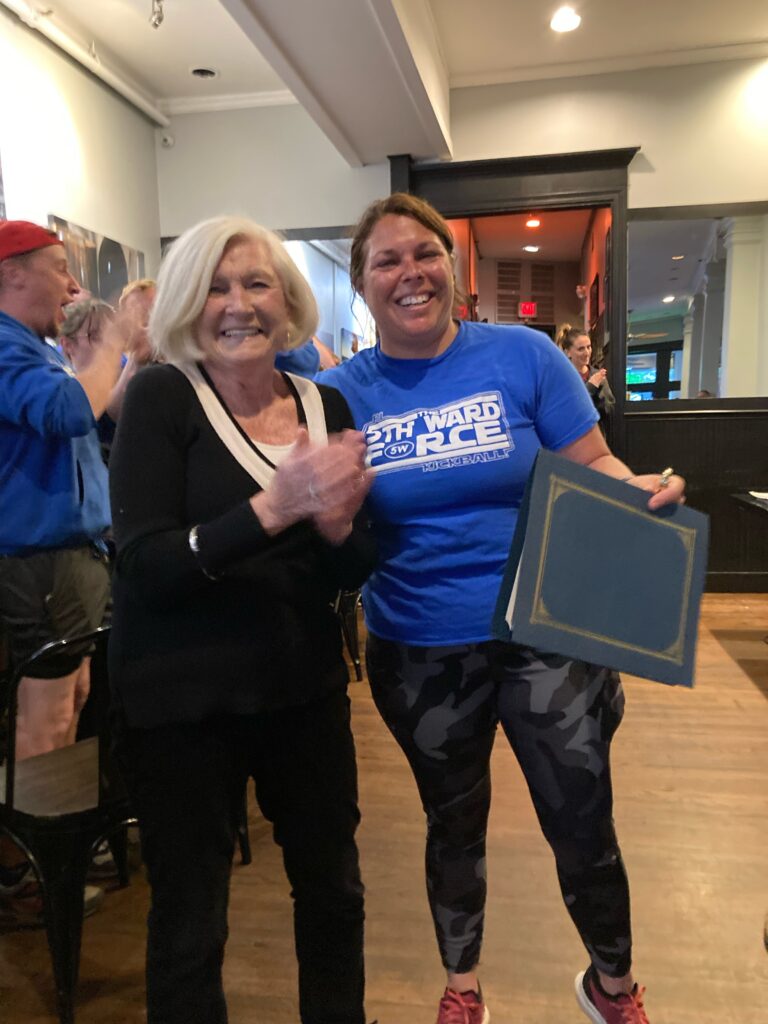 Turowski (right) with Jeanne-Marie Napolitano (left), the mayor of Newport. 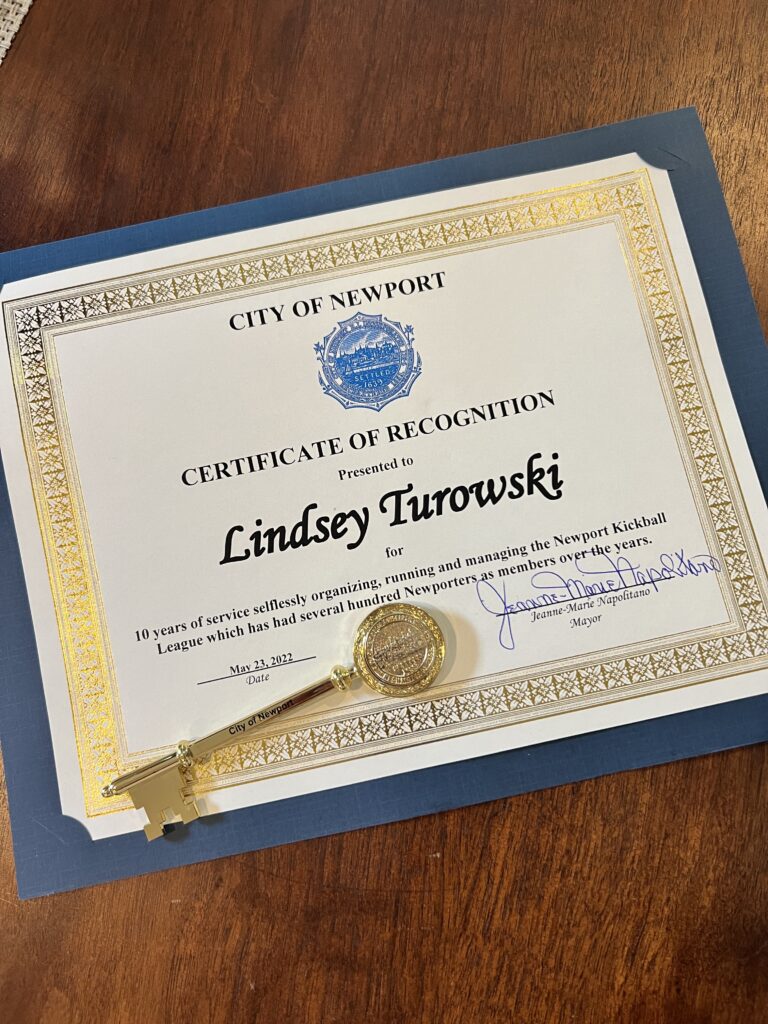 The brainchild of Carson and Lindsey Turowski, kickball is being played on Monday nights in Morton Park and Toppa Field throughout the spring and fall. The idea came to the couple in 2011 after seeing how popular the game has become in Washington, D.C., which has thousands of players participating in leagues across the city.

Ever since founding RI Kickball in 2011, the league has been at max capacity with 12 teams and approximately 220 players per season. Over the years, RI Kickball has had 36 different teams play from  a variety of backgrounds — including the Newport Police, the U.S. Coast Guard, the Naval War College, the IYRS School of Technology & Trade, Marine professionals and more.

“In the past, league leaders have thanked me with a small gift or just a mention of thanks to the whole at the season awards party,” said Turowski. “This time they had been working behind the scenes to have the key to the City of Newport awarded to me …. To think that they planned this for me and went to the city is really meaningful.”

Kickball is a great sport for a variety of people to play, according to Turowski. Anyone with some athletic ability can play and participate in it, and it’s also a sport that allows for multiple genders to be good players.

“These folks are now my friends for life thanks to kickball,” Turowski said. “When you are awarded something like this, you remember it forever.”

For more information on the league, go to RI Kickball’s website. 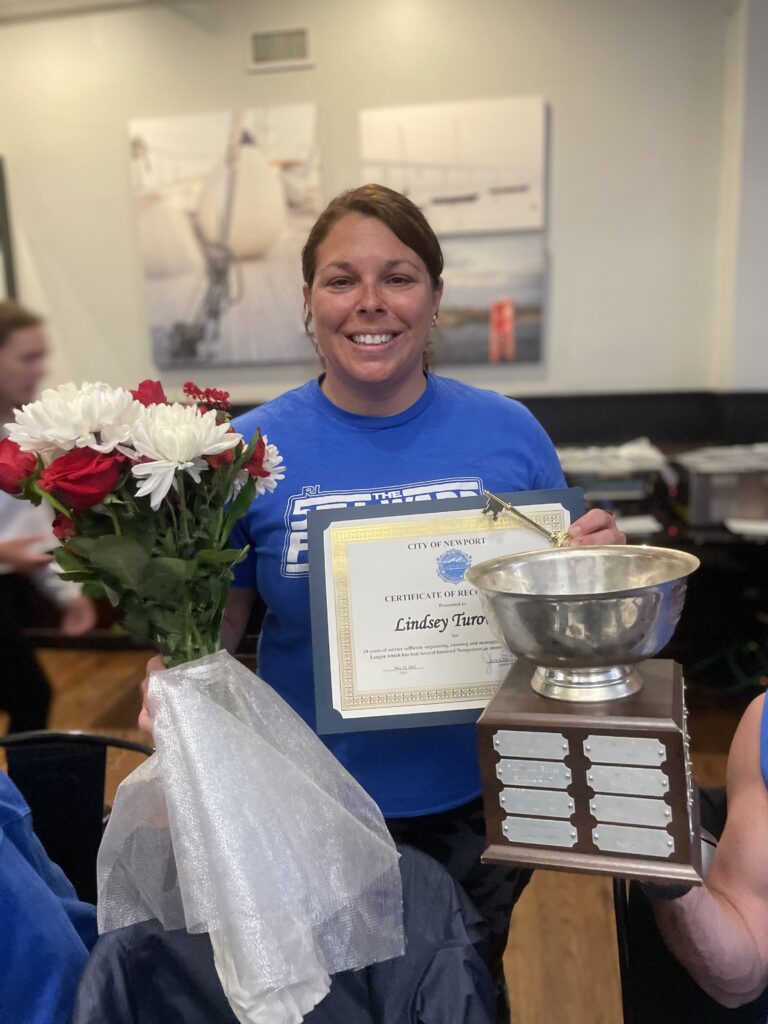