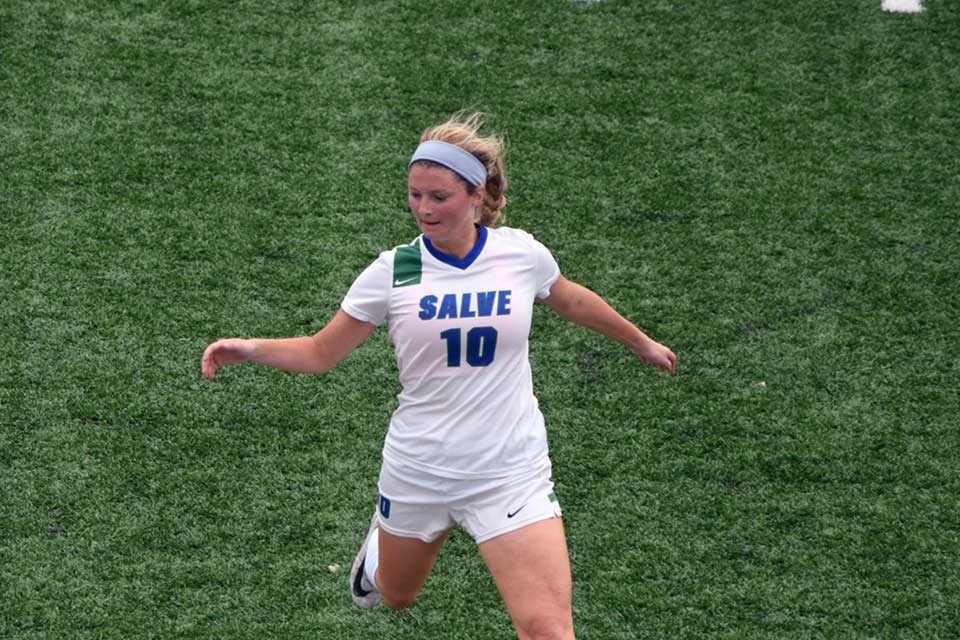 McMackin is one of 15 selections from the Commonwealth Coast Conference and the only athlete from a Rhode Island school to make the list. The third all-New England selection in the program’s history, she is the first Seahawk to be named to the squad since 2012.

“Abby is more than deserving of this all-New England recognition,” said head coach Jane Walsh. “She’s been a strong force in Division III New England women’s soccer since her freshman year. This is a great reflection of our program, Salve Regina and, most importantly, Abby’s career as a student-athlete.”

McMackin ranked second in the league in goals (14) and points (32) while racking up five multi-goal games this season. Her 38 career goals rank third all-time in school history. The conference’s rookie of the year in 2015, McMackin also earned all-conference honors all four seasons.