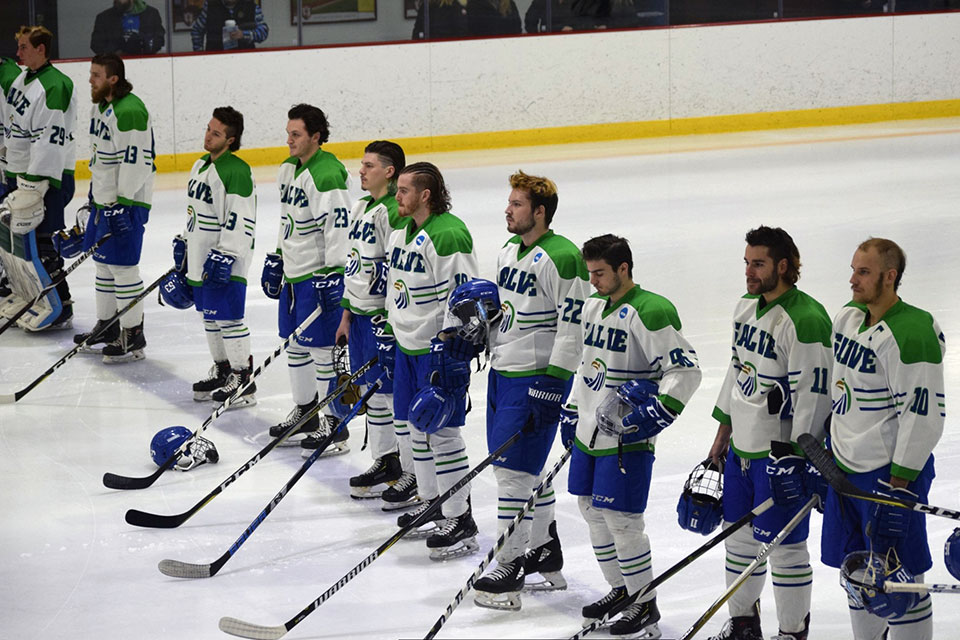 The men’s ice hockey team will host the University of New England in the championship round of the Commonwealth Coast Conference tournament at 7 p.m. Saturday, March 2 at Bradford Boss Arena on the University of Rhode Island campus.

The winner earns the conference’s automatic bid into the NCAA tournament.

After falling to eventual conference champion Nichols College in the semifinals last season, the Seahawks earned an at-large bid into the NCAA tournament and finished as the national runners-up, falling to St. Norbert College in double overtime of the NCAA championship.

Admission to the game is free for students with valid University ID, $10 for adults and $5 for seniors and children under 18. A fan bus for Salve students will leave the Rodgers Recreation Center at 6 p.m. Saturday. Students may sign up in Miley Hall.