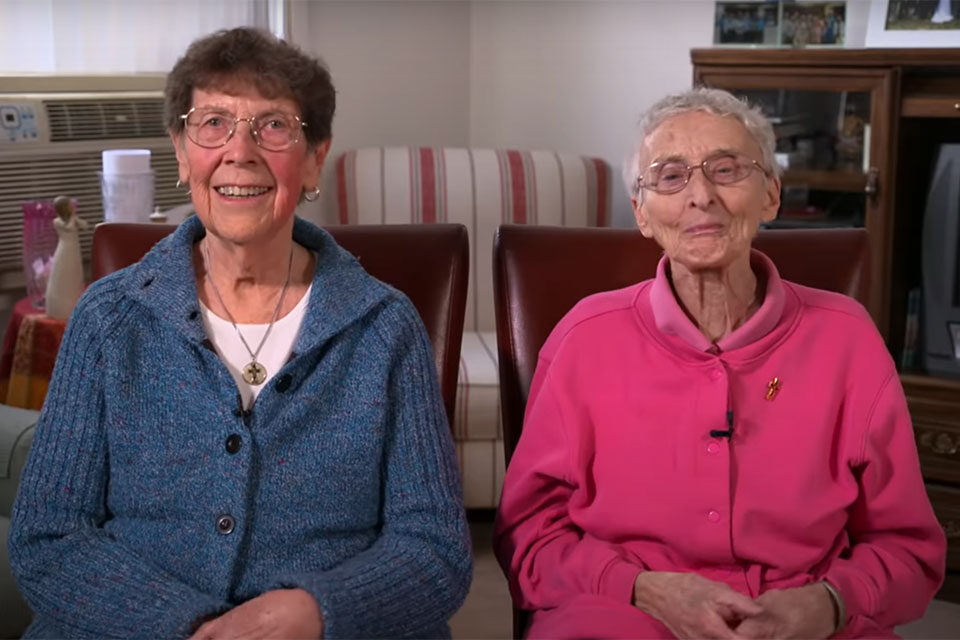 Two Sisters of Mercy, Pat Murphy and JoAnn Persch, have been social justice advocates for immigrants and immigration reform for decades. Because of this, they have not been afraid in engaging in civil disobedience to advance causes they believe in.

In fact, Murphy, 91, and Persch, 86, have both been arrested twice in Washington, D.C., for peacefully protesting near the U.S. Capitol. Both times they were zip-tied and processed along with dozens of other protesters, paying a fine before they were released, and they were treated roughly by arresting officers even while nonviolently protesting.

Because of this, it was with great surprise that the pair watched violent insurrectionists storm the Capitol on Jan. 6 to seemingly get away with it—that day, anyway. Crimes like the mob on Jan. 6 are very different than civil disobedience and protesting actual injustice, according to both Sisters.

The two Sisters of Mercy were invited to share their experience on late-night television February 10 on “Full Frontal with Samantha Bee.” They were interviewed remotely, along with other in-person guests who have been violently handled while peacefully protesting social justice issues.

Although more than 250 have been charged since the Jan. 6 mob, Murphy and Persch could not believe the contrast between the how the Jan. 6 insurrectionists and the Black Lives Matter protesters were treated in the summer of 2020, as well as how peaceful protesters against U.S. immigration policy have been treated in the past.

Watch the interview with Samantha Bee below.