Mercy Mondays: Pope Francis is meeting virtually with university students across the world 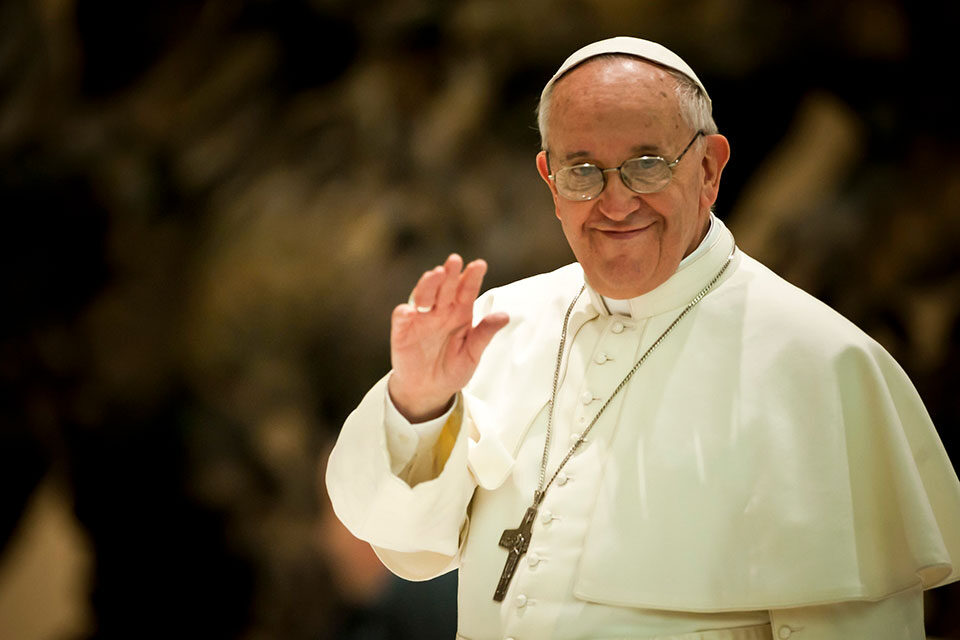 A historic, ground-breaking encounter with Pope Francis is about to happen. Join the Salve Regina community as the University watches a livestream of the global leader of the Catholic Church while he interacts with university students from both South America and North America.

Students at Salve Regina can watch this event in Bazarsky Lecture Hall in the O’Hare Academic Building on Thursday, Feb. 24, at 1 p.m. After the meeting with Pope Francis, there will be a discussion led by Fr. Scott Pontes, the University chaplain, and the the rest of the Mercy Center for Spiritual Life team. Register for the event here on Eventbrite.

This historic event will be hosted by Loyola University Chicago in collaboration with the Argentinian theologian, Emilce Cuda, the new head of the Office of the Pontifical Commission for Latin America, who convinced the pope to participate. Cuda is the first woman to head this office and has worked tirelessly with Latin American communities. Since her arrival to the commission, Cuda has been revisiting the mission of the office and is focusing on building bridges between the migrant communities in South America and North America. 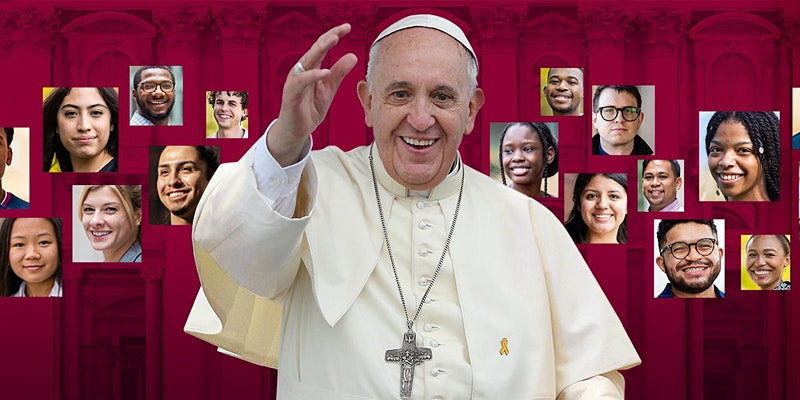 In an interview with America Magazine, Cuda said that her desire is to involve university students to seek solutions in each country for migrants. Most migrants from Latin America are economic migrants and not refugees, and in Cuda’s view, the root causes of migration are structural. For example, they are linked to foreign companies taking resources away from countries in the region.

Migrants are portrayed in the media as cleaners or manual workers or in the gig economy, according to Cuda, while the media rarely shows migrants working in scientific or technical fields. To correct this, she wants to give greater visibility to this second, under-presented group of migrants. She proposed to Loyola University Chicago a synodal action — which, in the spirit of synodality, would involve students’ gathering together to discuss and listen to one another’s thoughts on the root causes of migration — rather than a conference.

The students who come together virtually on Thursday, Feb. 24, will do so in seven regional working groups to discuss migration in a synodal way. Ultimately, the various student groups will come up with questions, and seven or eight students from the different locations in the Americas will present those questions to the pope. Loyola University Chicago will host the conference via video call, with Cuda and Pope Francis participating from the Vatican.

Join on Thursday, Feb. 24, at 1 p.m. in Bazarsky Lecture Hall in the O’Hare Academic Building. Register for the event here on Eventbrite.