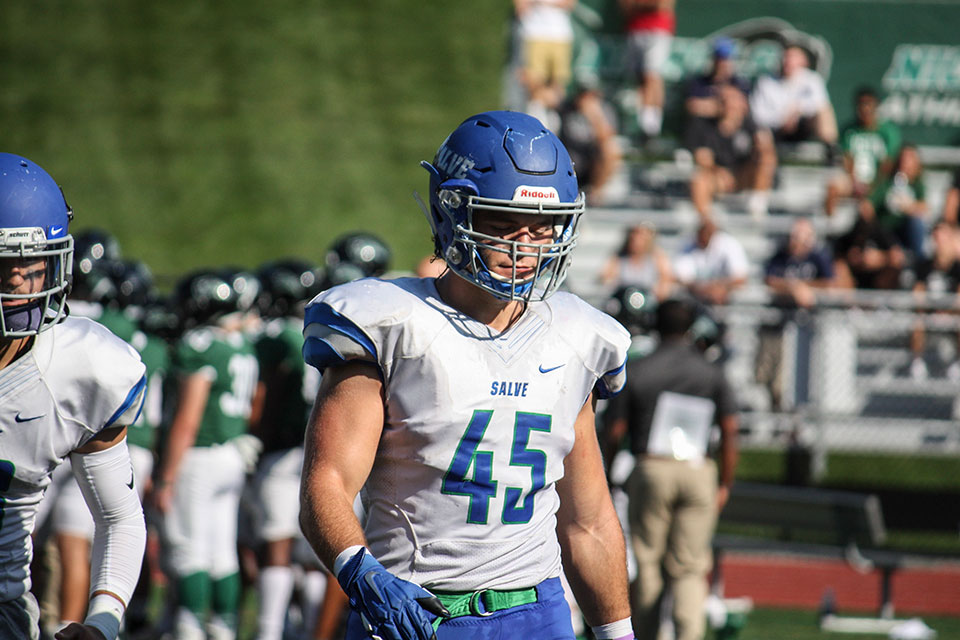 Linebacker Matt Messner ’21 has been named defensive player of the year and first team all-conference for football by the Commonwealth Coast Conference.

Messner finished second in the conference in solo tackles (63), assisted tackles (47) and total tackles (110). His solo total ranked him 12th on the NCAA Division III leaderboard, while his total tackles placed him 18th. This season, Messner recorded 1.5 sacks, forced two fumbles, recovered a fumble and broke up three pass attempts. He produced double-digit tackles in all but one game, including two games when he had 10 solo takedowns.

Joining Messner on the all-conference teams are: