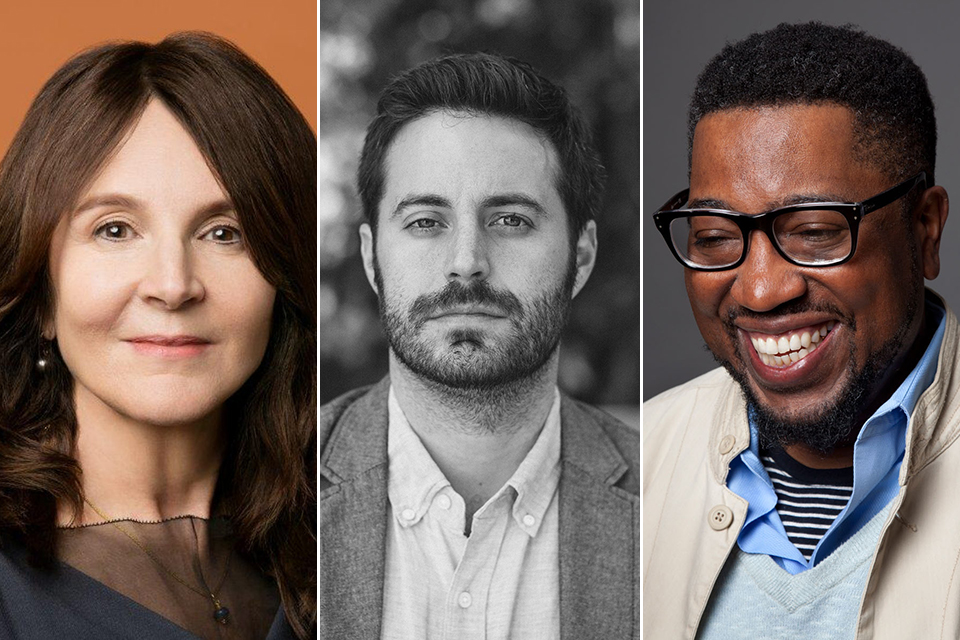 Guest writers in Salve Regina’s creative writing degree program, the Newport MFA, will present readings and craft talks throughout the month of June. Each author will host a public reading from his or her work, followed by a book signing. And, for the first time, their craft talks – lectures on writing technique normally reserved for MFA students – will also be open to the public.

Reservations are strongly suggested at salve.edu/mfa-events.

Jackson will host a craft talk at 2 p.m. and a reading at 7:30 p.m. Saturday, June 22, both in the Young Building. He is the author of four books of poetry, including “Roll Deep,” “Holding Company,” “Hoops” and “Leaving Saturn,” which won the Cave Canem Poetry Prize for a first book of poems. A recipient of fellowships from the Fine Arts Work Center in Provincetown, Guggenheim Foundation, National Endowment for the Arts and the Radcliffe Institute for Advanced Study at Harvard University, Jackson has been awarded a Pushcart Prize, a Whiting Writers’ Award, and has been honored by the Pew Fellowship in the Arts and the Witter Bynner Foundation in conjunction with the Library of Congress. He is the Richard Dennis Green and Gold University Distinguished Professor at the University of Vermont, and serves as the poetry editor of the Harvard Review.

Jackson will present a public reading at 3:30 p.m. Saturday, June 22 in the Young Building. She is the author of the debut poetry collection, “Moon Jar.” Her poems appear in the New Yorker, New England Review, Ploughshares, Poem-a-Day, Iowa Review, the Slowdown and elsewhere. She currently lives in South Burlington, Vermont and teaches creative writing at the University of Vermont.

Conley will host a public reading at 7:30 p.m. Sunday, June 23 in Ochre Court and a craft talk at 2 p.m. Monday, June 24 in the O’Hare Academic Building. He is the author of the New York Times best-selling memoir “Boy Erased,” which has been translated into more than a dozen languages and is now a major motion picture. Conley is also a creator and producer of the podcast UnErased, which explores the history of conversion therapy in America through interviews, historical documents and archival materials. A survivor of conversion therapy, he is an activist and speaker, lecturing at schools and venues across the country on radical compassion, writing through trauma, and growing up gay in the complicated South. Conley is currently at work on a novel about queer 18th century lives.

Bialosky and Hood will host a craft talk at 3 p.m. and Bialosky will present a public reading at 7:30 p.m. Friday, June 28, both in Ochre Court. Bialosky is executive editor and vice president of W.W. Norton & Company, and is the editor for Hood’s books. The craft talk will feature Bialosky and Hood discussing that relationship and taking questions from the audience. Bialosky has published four volumes of poetry: “The End of Desire,” “Intruder,” “The Players” and “Subterranean,” a finalist for the James Laughlin Prize. She has also written three novels: “House Under Snow,” “The Life Room” and “The Prize.” She is the author of the New York Times best-selling and highly acclaimed memoir “History of a Suicide.” Her newest memoir is “Poetry Will Save Your Life.” In 2014, she was honored by the Poetry Society of America for her distinguished contribution to poetry.

The Newport MFA in creative writing was founded by New York Times best-selling author Ann Hood. The Newport MFA is a low-residency program that is completed over two years; the 2019 summer residency runs June 21-30. In the months between residencies, students practice the art and discipline of writing in individualized, long-distance study with a faculty mentor. More information is available at salve.edu/mfa.