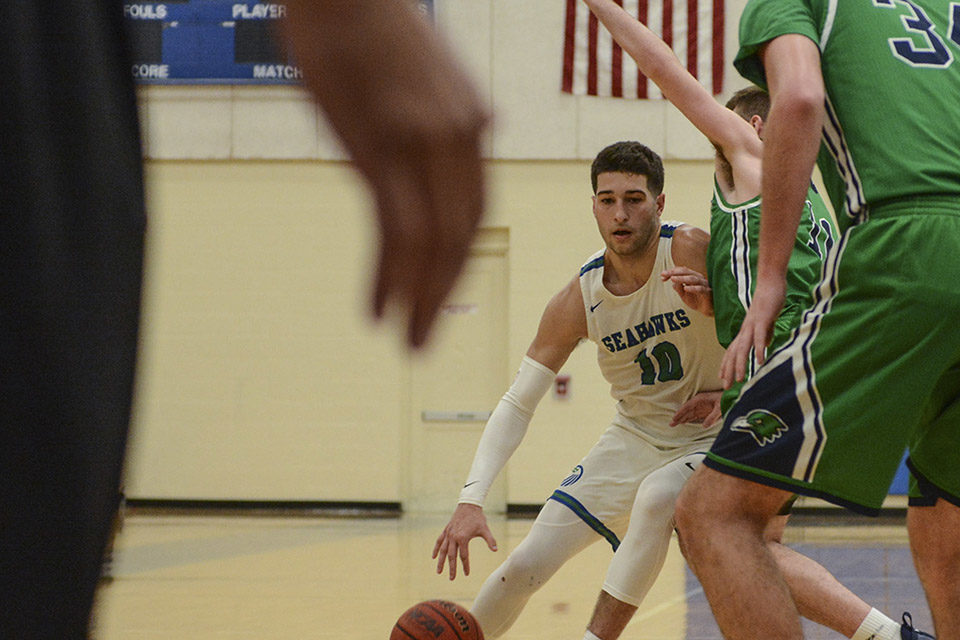 The Commonwealth Coast Conference (CCC) has selected Salve Regina forward Mikey Spencer ’22 as its Player of the Week for men’s basketball (Dec. 16 – Jan. 5).

Mikey Spencer averaged 30.5 points and 9.5 rebounds per game in two contests over the winter break while shooting 60.0 percent (12-for-20) from the field. He closed out 2019 with a 27-point, nine rebound performance against Pine Manor on New Year’s Eve, making one steal and blocking two shots along the way. He followed that up with a season-high 34 points against Worcester State in the Seahawks’ first contest of the new year. In the Jan. 4 matchup against the Lancers, Spencer shot 73.7 percent (14-for-19) from the field. He also had 10 rebounds to give him a double-double and dished out three assists.

The Seahawks (3-8, 0-3 CCC) return to the hardwood on Thursday, Jan. 9, when they travel to Boston, Massachusetts, to face conference foe Wentworth Institute of Technology.