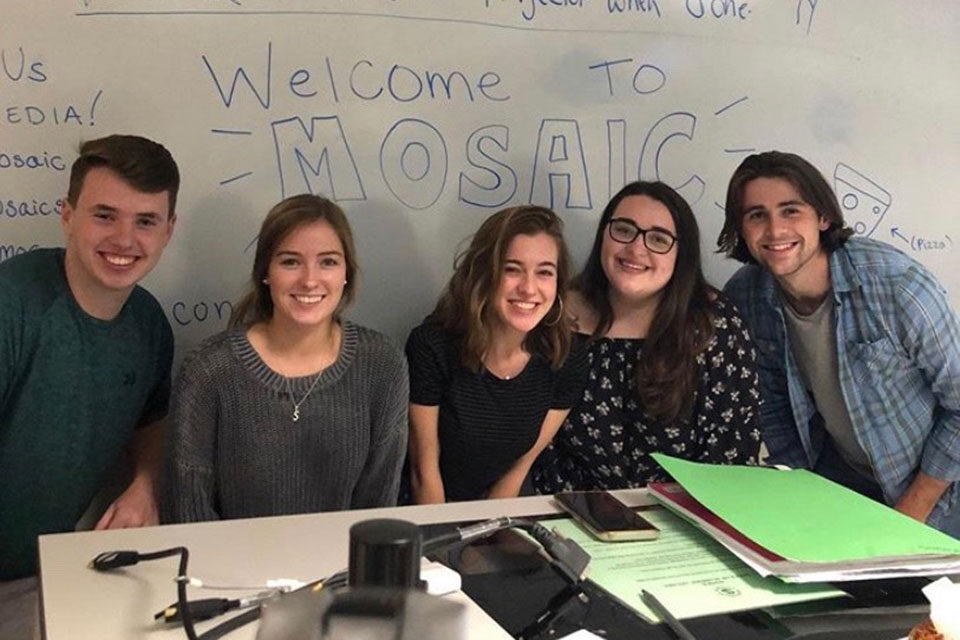 As preparations for the 2020-21 academic year begin to ramp up, student clubs like Mosaic, Salve Regina’s independently student-run newspaper, are preparing for an entirely different kind of educational experience as they tackle news reporting and student media during a pandemic. And luckily, they’ve been able to get some needed support and information to help guide them into new terrain.

Two of Mosaic’s members — Amanda Valentine ’22, Mosaic’s new editor in chief, and Clare Daly ’22, the new assistant editor — were recently able to attend the Student Media Virtual Bootcamp, which was held at the end of July 2020 by the College Media Association (CMA) and the Associated Collegiate Press (ACP), both of which are major college media organizations.

The Student Media Virtual Bootcamp is usually called the College Media Mega Workshop and is held in various cities across America each year to help new student leaders prepare for their duties in directing student newspapers and media across the country. While Mosaic student leaders have been able to go to various conventions in New York City in the past, they’ve never been able to travel to attend the College Media Mega Workshop. Because the event was held virtually, both Valentine and Daly were able to attend. 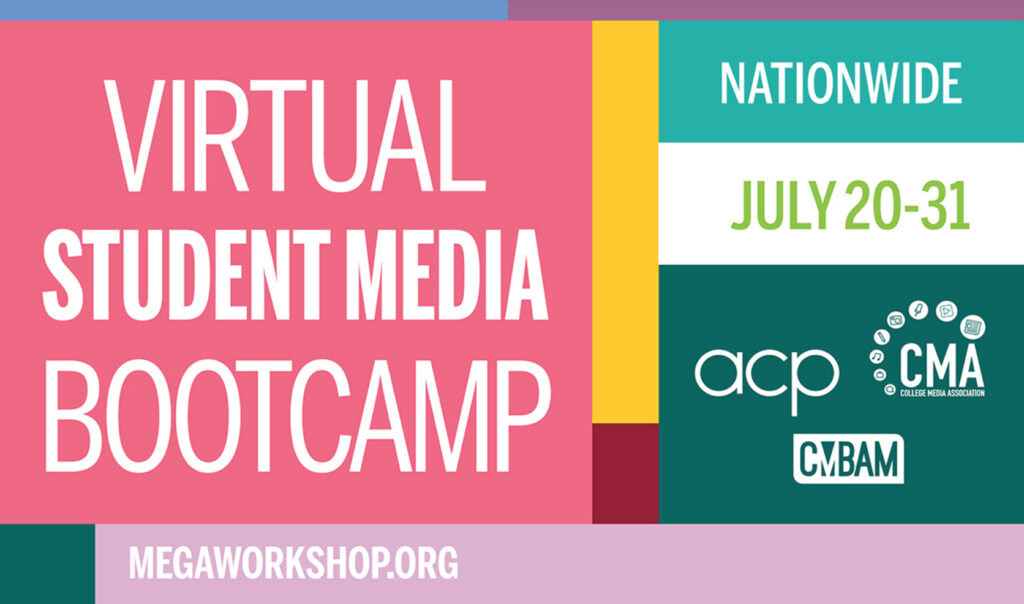 The Student Media Virtual Bootcamp was able to offer advice and training for student leaders who no longer have a tried and true blueprint for how student media will function during the upcoming school year, according to Valentine. The virtual bootcamp offered nine tracks that students could pick with different instructors and focuses.

“Originally, the track that I was going to do was for incoming editor in chiefs, but they modified it so it was an All-Digital track,” said Valentine, who is a double major in English communications and global studies. “It helped me think about things in different ways and gave me good ideas.”

Valentine said that she participated in trainings about how to change in person meetings to virtual meetings, how to get staff out of a completely print-minded mindset, how to think about reporting on other relevant topics when everyone is consumed with the pandemic and how to organize one’s crew and help recruit individuals to join newspapers despite virtual setbacks.

Daly, a communications major and marketing minor, chose the Digital Storytelling track, which stressed the importance of interactivity in stories to hold a reader’s attention. “I got to meet with student journalists from around the country and hear from professional journalists from papers like the ‘Minneapolis Star-Tribune’ and ‘The Washington Post,'” she described. “I learned how to embed sound bites, interactive maps, comparative visual aids and other interactive media into my pieces.” 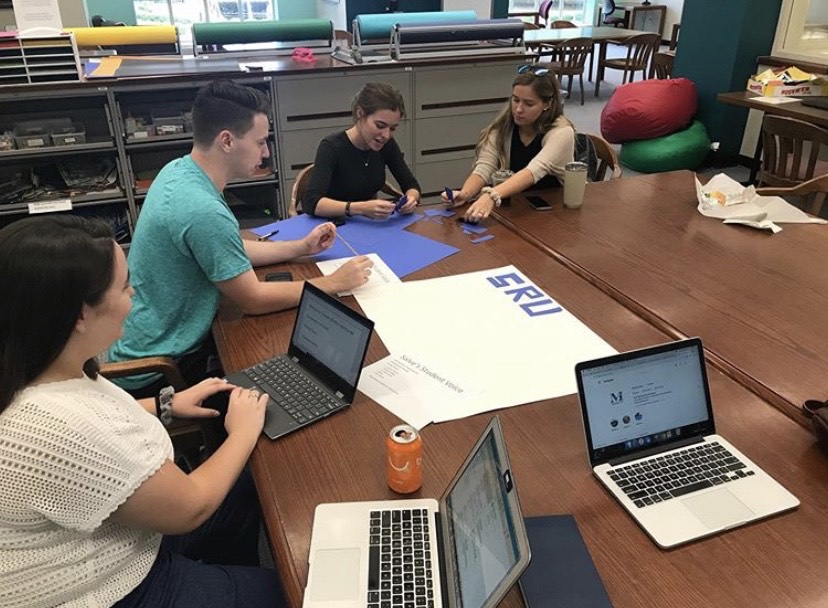 Both Valentine and Daly were grateful for the chance to learn from the Student Media Virtual Bootcamp before classes start in September, and they are excited to implement what they learned. Valentine is hoping to encourage recruitment and help grow the reporting team for Mosaic, and she also wants to encourage other majors to write for Mosaic, not just English majors.

“I want psychology majors, nursing majors, athletes to write an article,” she said. “I want to hear from them, and I want to know how students are going to be coping with everything going on this year. You can find something in your major that you want to talk about and have an opinion about, and we’ll feature it on Mosaic.”

Daly echoed Valentine’s statements. “I think with the differences in the Salve experience this year, we’ll have a lot to cover,” she said. “Anyone who has sat in on a pitch meeting knows how well we work together as a newsroom, but it’ll be interesting to see how the current situation affects our dynamic and camaraderie.”

Both encourage anyone interested in speaking out and using their voice to contact Mosaic. The club is looking for writers, photographers, videographers and editors.

“It’s college media. Now is the time to test out your skills,” said Valentine. “We’ll welcome you with open arms.”

If anyone is interested in joining Mosaic or getting more information on the club, please contact Amanda Valentine at amanda.valentine@salve.edu or Clare Daly at clare.daly@salve.edu.