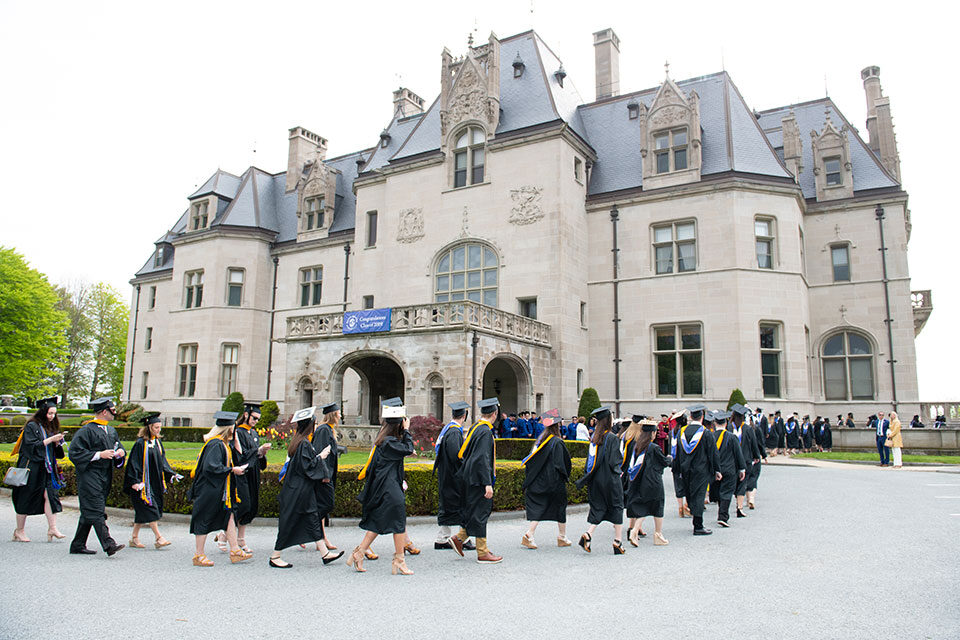 Navyn Salem, who founded the nonprofit Edesia, Inc. in Rhode Island in 2009 with a mission to treat and prevent global malnutrition in the world’s most vulnerable populations, will present the commencement address and be awarded an honorary degree at Salve Regina’s 72nd Commencement on Sunday, May 8, at 10 a.m. on the oceanside lawn of McAuley Hall. 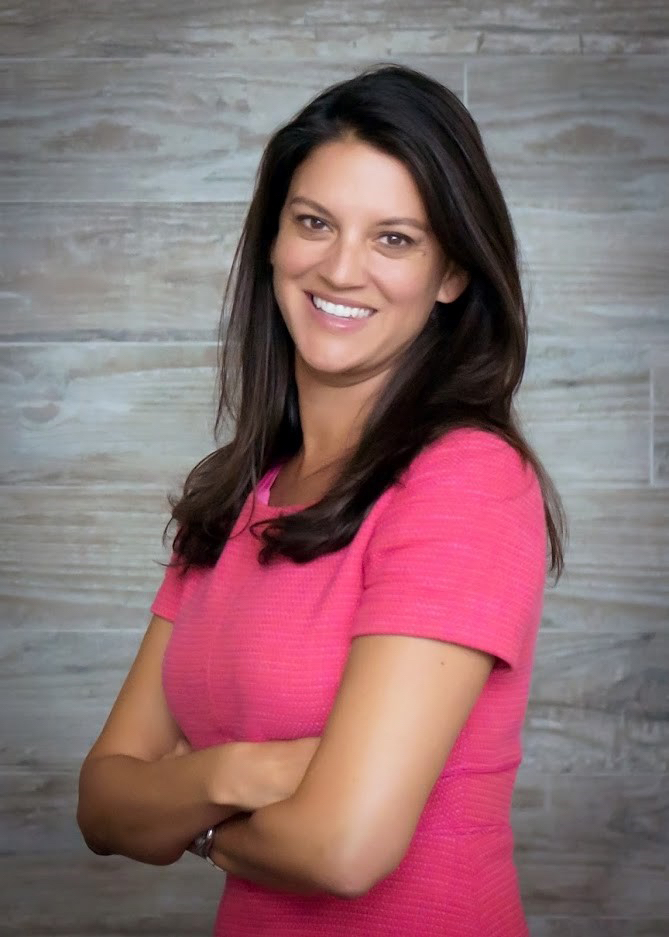 Navyn Salem built Edesia’s North Kingstown factory to produce a range of fortified, peanut-based products like Plumpy’Nut for humanitarian agencies like UNICEF, World Food Programme, USAID and other NGOs working in emergency and conflict zones. Since 2010, Edesia has reached over 15 million children in more than 60 countries, including Somalia, Venezuela, Yemen and Syria.

In 2020, Salem expanded her mission to include addressing hunger in the United States and works with the USDA in providing food for their COVID-19 emergency response efforts for both school lunch programs and food banks. In 2021, Salem partnered with Chobani to launch Chobani Ends Hunger, a new line of super peanut blend snacks available at retailers nationwide. One hundred percent of profits from sales are donated to Edesia to help further the mission to end child malnutrition worldwide.

Salem was named Ernst & Young Entrepreneur of the Year/New England in 2018, New Englander of the Year by the New England Council in 2017 and New England Business Woman of the Year by Bryant University. She was awarded honorary degrees by her alma mater, Boston College (2012) — as well as Bryant University (2014), Providence College (2017), Curry College (2018) and University of Rhode Island (2021). She is a trustee of Boston College. She is a 2014 Henry Crown Fellow of the Aspen Institute and a member of the Aspen Global Leadership Network. Salem’s father is from Tanzania, and she has four daughters, all of whom she says inspired the creation of Edesia. 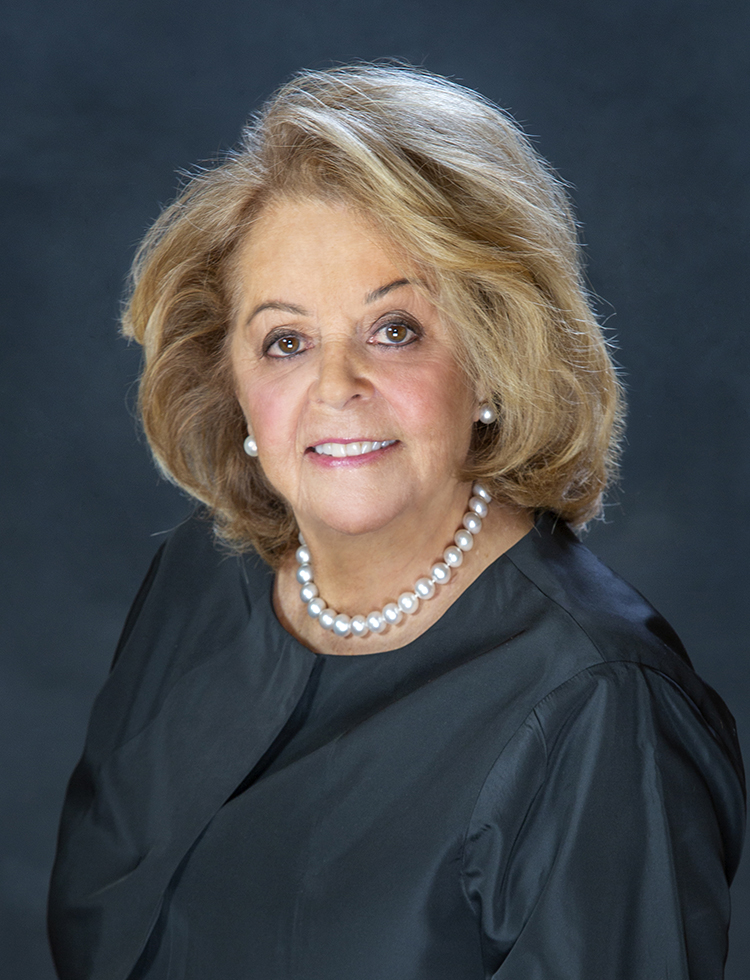 Kathleen Walgreen, a member of Salve Regina’s Board of Trustees, and her family are longtime friends and supporters of the University. In celebration, the University named Walgreen Hall in their honor in 2013. The parent of a Salve Regina alumnae, Walgreen has been a staunch benefactor of the Sisters of Mercy and their work both in the U.S. and abroad. She is grateful for the 16 years of education she received from the Sisters of Mercy, including her time in nursing school.

Walgreen is involved with many charitable and cultural organizations, having chaired events such as the Chicago Heart Association’s Heart Ball, The March of Dimes, Gourmet Gala, The Children’s Home and Aid September Ball,  and the National Kidney Foundation’s Gift of Life Gala. She has been a member of the Board of Directors of Chicago St. Mary University Seminary and served multiple years as chair of the annual dinner for the Loyola University Chicago Stritch School of Medicine.

An advocate for historic preservation, Walgreen was a member of the Vice President’s Residence Restoration Foundation in Washington, D.C., and founded the Walgreen Drug Stores Historical Foundation, which has become a leader in the movement to collect and preserve the history and artifacts of Walgreen Company.

Walgreen is a former member of the Board Trustees for Woodland Academy of the Sacred Heart in Lake Forest, Illinois, as well as the Lake Forest Hospital Women’s Board and the Lake County Board of Health. She also served for 20 years on The Kennedy Center Board of Regents in Washington, D.C. In 1986, she became the head of the Walgreen Alumni Association and strengthened the organization, which expanded under her leadership from 35 members to more than 8,000 members throughout the U.S. 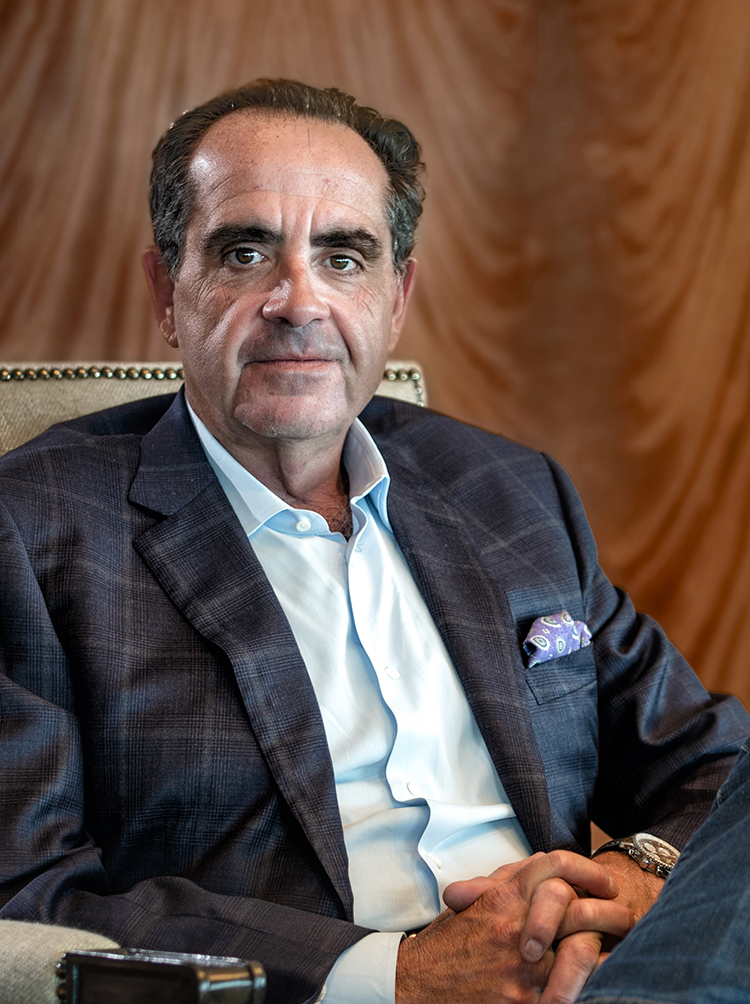 Carl Allen started his business career atHeritage Bag Company, working in most departments within the company before becoming its president and CEO, then buying the Dallas-based company outright in 2005. Under Allen’s leadership, Heritage experienced its greatest sales and built new manufacturing facilities in California, Utah, Texas, Ohio, Georgia and New Jersey. He sold the company in 2016.

Allen’s philanthropic projects span several countries with primary focus areas of education, ecology, defense and health research. A member of the board of directors of Honor Courage and Commitment in Dallas, he has also served as honorary chairman of both ALS and Arthritis Foundation, and he is an active supporting sponsor of ENVISION, which is an organization devoted to the blind and partially sighted. He supported the Friends of the Israeli Defense Force, building gymnasiums, recreational facilities and food commissaries for active duty young men and women.

A passionate outdoors adventurist, Allen hosts “The Outdoors with Carl Allen” TV series, and his family launched Allen Exploration in 2016 to research, explore and improve the world’s oceans. After Hurricane Dorian devastated the Bahamas in 2019, Allen raised $1 million to support Bahamians, employing his personal fleet to deliver food, water, supplies and building materials to the islands. He organized the formation of the Bahamas Teachers Foundation, donating more than a thousand electronic tablets to school children. Allen was named the 2020 recipient of the Park City Quail T. Boone Pickens Lifetime Achievement Sportsman Award.

In 2018, Allen and his wife, Anne “Gigi” purchased the northernmost Bahamian island, Walker’s Cay, a legendary fishing resort destroyed by hurricanes and abandoned since 2004. The Allens are working to rebuild, revitalize and reopen “The Gateway to the Bahamas” as a global tourist destination for boating, fishing and diving. The Allens have a daughter, three sons and three granddaughters.