Nelson named pitcher of the year for softball 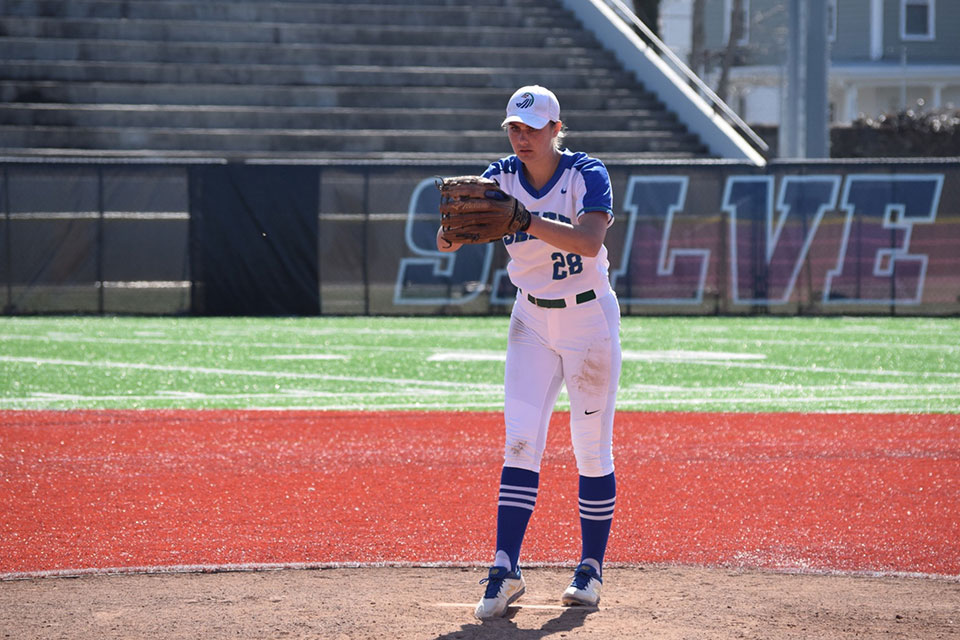 Andi Nelson ’21 has been named pitcher of the year and first-team all-conference for softball by the Commonwealth Coast Conference.

Nelson had an impressive season for the Seahawks, compiling a 15-7 record with two saves. Her 15 victories were tops in the conference, including a league-best seven shutouts. She led the league in strikeouts (130) and innings pitched (135.1).

Nationally, Nelson ranked in the top 30 in shutouts (seventh), strikeouts (26th) and victories (29th). She opened the year with a no-hitter against Finlandia University and posted a pair of two-hit complete-game shutouts later in the year. She had five games with seven or more strikeouts, including two 14K performances.

Joining Nelson on the all-conference teams are: