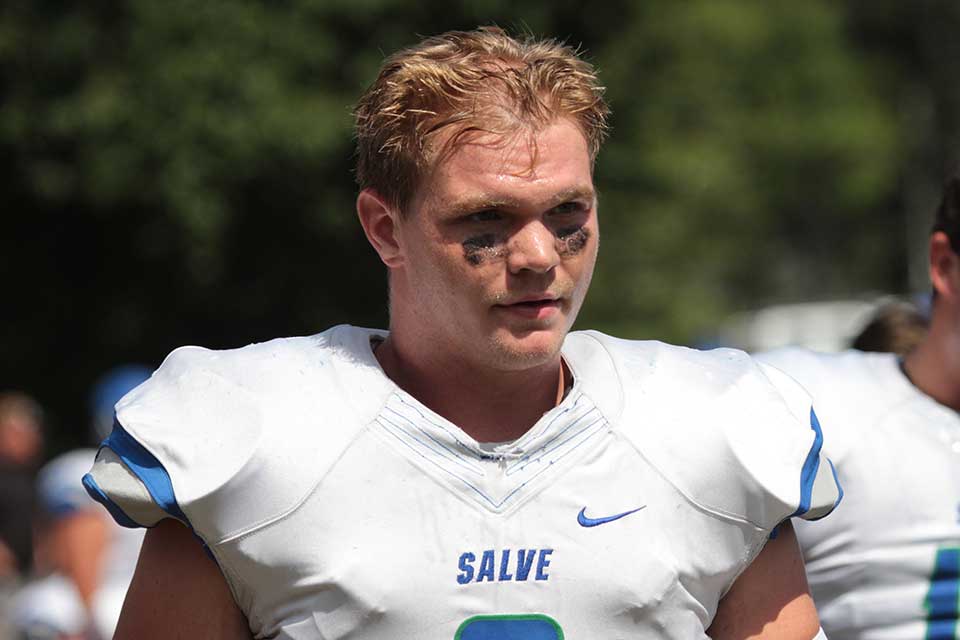 During the 2018 season, O’Neill notched 46 tackles, 16 for a loss of 80 yards. He forced three fumbles, recovered one for a touchdown and had nine sacks that dropped the opposing quarterback 54 yards. He ranked second in the Commonwealth Coast Conference for sacks.

A business administration major, O’Neill currently holds a 3.68 GPA. “Brandon has been a great player for us since he set foot on campus,” said head coach Kevin Gilmartin. “A multi-year all-conference and all-academic student-athlete only happens when you have a player like Brandon with talent, but more importantly, he out-works everyone around him. That is why he is successful in the classroom, on the football field, and will be in all of his future endeavors. ”

O’Neill now advances to the national ballot for the second time, having previously earned the honor in 2017.