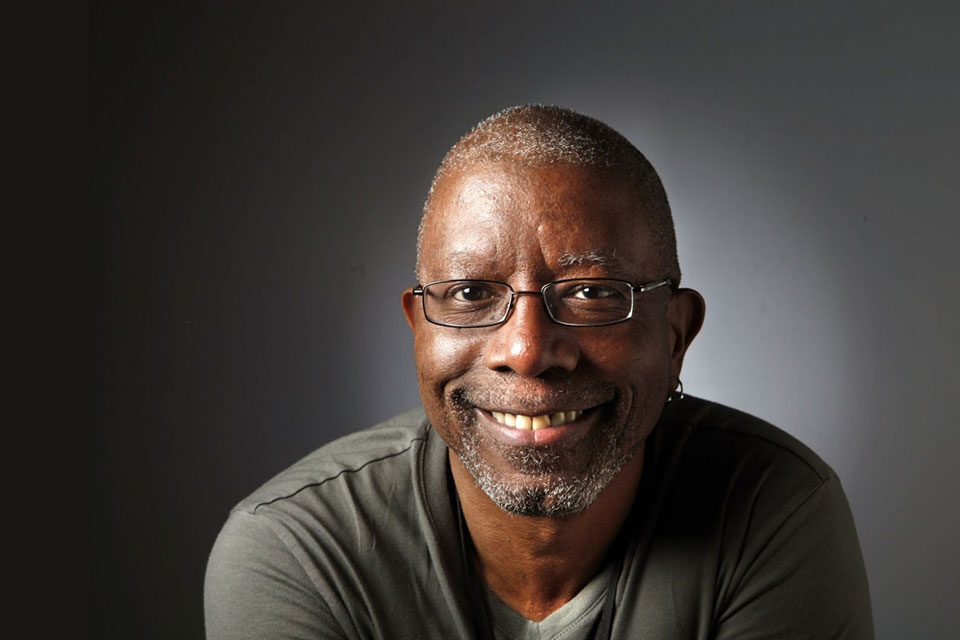 Michael Paul Williams, Pulitzer Prize-winning columnist of the Richmond Times-Dispatch, has been named the 2021 recipient of the Pell Center for International Relations and Public Policy’s Prize for Story in the Public Square. To watch Williams receive the award, attend the virtual event on Tuesday, Nov. 9, at 7 p.m. on the Pell Center’s Facebook page. The award will be followed by a discussion on Confederate monument removal and the hope for a more inclusive nation. To register for the event, go here.

“I am deeply honored to receive the Pell Center Prize for Story in the Public Square,” said Williams. “I’m gratified to be recognized as a storyteller whose work contributes to the public understanding on important issues.”

Williams is a native of Richmond, Virgina — the former capital of the Confederacy. He also graduated from Hermitage High School, Virginia Union University and Northwestern University. After joining the Richmond Times-Dispatch in 1982 and covering local government for a decade, Williams became a columnist for the paper in 1992. He was the first Black columnist, and it was a historic achievement — as the paper itself had once endorsed Massive Resistance to fight desegregation in schools in the 1960s. 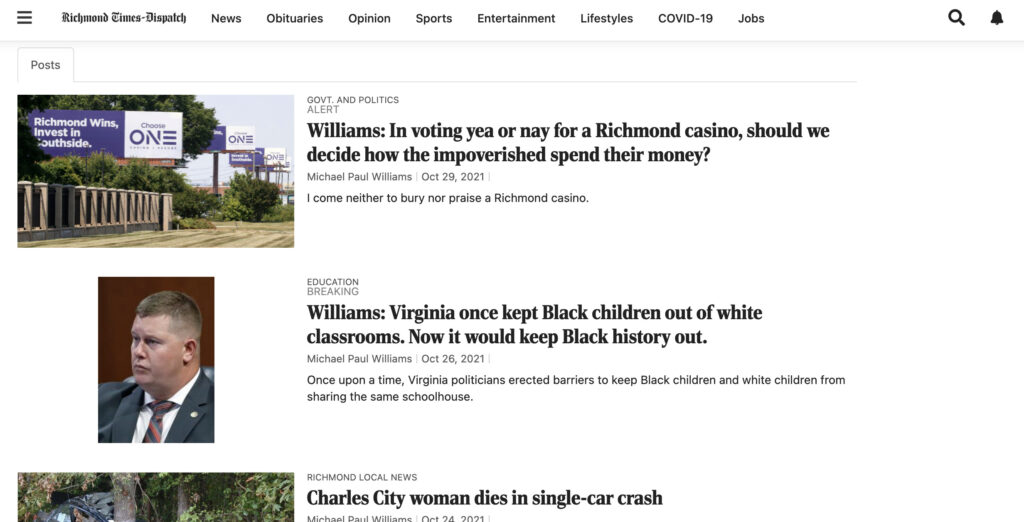 A photo of Williams’ column in the Richmond Times-Dispatch.

Williams’ columns have never shied away from sensitive public issues, including race. In 2020, as the United States found itself convulsed by the murder of George Floyd and a summer of protest, Williams penned a series of columns that changed the conversation about race and remembrance in the former capitol of the Confederacy.

“I wrote about Richmond’s removal of its Confederate monuments amid the protests following the murder of George Floyd,” described Williams. “I believed I was telling a larger story about the legacy of white supremacy in America — because as we can see, the Civil War never truly ended. We are still living out that legacy today.”

In direct, stirring prose, Williams didn’t just urge the removal of confederate statues. He imagined the new heroes that should top their pedestals and whose names should grace schools and boulevards: anti-lynching crusaders and social justice activists, not people who had been treasonous and enslaved others. Earlier in 2021, he won a Pulitzer Prize for Commentary.

“Michael Paul Williams imagined a new story,” said Jim Ludes, executive director of the Pell Center. “Not just for the city of Richmond or the state of Virginia, but for an inclusive nation focused not just on its past myths, but on creating a nation for all of its people. For that significant accomplishment, we are humbled to honor him and his work with this award.”

To watch Williams receive the award, attend the virtual event on Tuesday, Nov. 9, at 7 p.m. on the Pell Center’s Facebook page. To register for the event, go here.