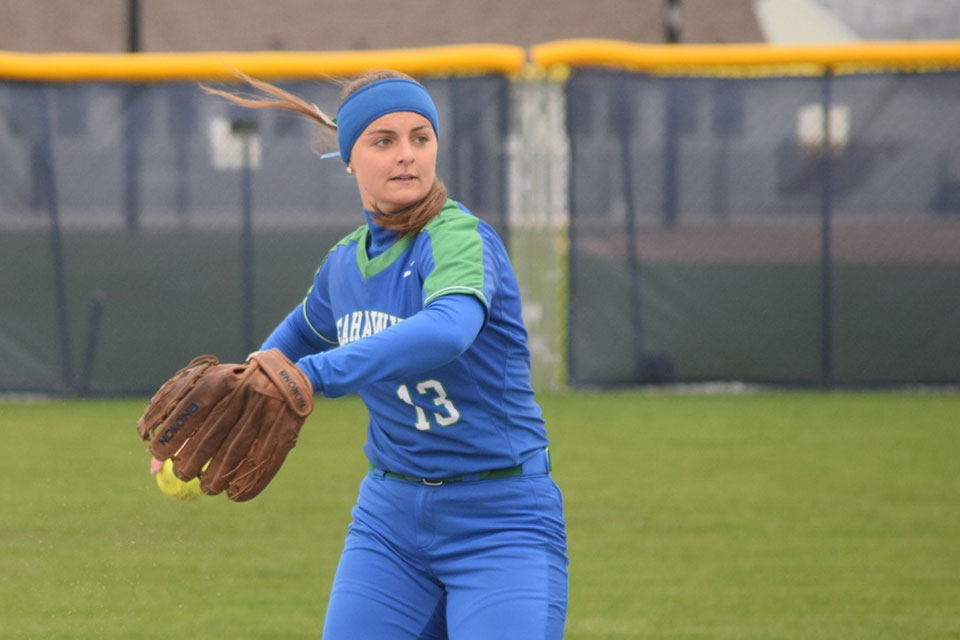 A two-year captain of the softball team, Riley has led the Seahawks to two conference championships and was named to the all-tournament team at the NCAA regionals in 2016. She consistently leads the team in batting average and run production and was named to the 2018 National Fastpitch Coaches Association’s second team.

“Amanda is a natural born leader – embodying a rational, motivational, confident, always-approachable leadership style,” said head coach Jannelle Iaquinto. “She demands a lot of out her teammates, but more of herself. She is a humble, dynamic, personable, high-achieving student-athlete. Athletically, she challenges her teammates to raise the bar while being their biggest supporter. Her passion for softball is evident through her style of play.”

The Association for Intercollegiate Athletics for Women was founded in 1971 to govern women’s athletics in the United States and to administer national championships. Rhode Island is one of the few states with an active AIAW membership.

“Not only has the college-athlete experience enhanced my educational career, but it has had such profound effects on my personal development as well,” Riley said. “I believe athletics can be used as a vital tool for empowerment – especially for females. It helps us build self-confidence and prepares us to compete both on and off the field. We become resilient to our hardships and know how to fight back when it seems all odds are against us.”