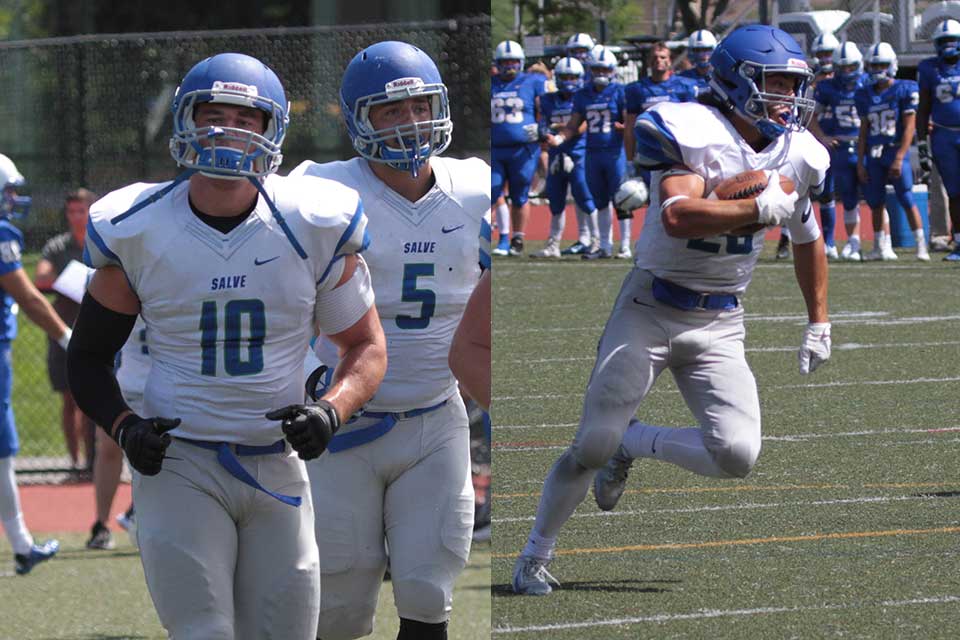 Joining Salute and Mauriello on the all-conference teams are:

Salute was a hallmark of the Salve Regina defense that held opponents to a league-low 110.5 rushing yards per game. The Seahawks also allowed the second fewest points in the conference at 24.4 points per game. Salute led the league in sacks (7.5) and sack yards (55) and had 14 tackles for a loss, ranking him third in the conference.

“John has been phenomenal all year long,” said head coach Kevin Gilmartin. “Relentless effort could sum up how he plays, it’s pure heart and determination. That’s what our team and the defense was all about this year, and he really signifies that.”

Mauriello rushed for nearly 1,000 yards to lead the league. His 992 total rush yards rank No. 48 in Division III, while his 99.2 yards per game led the conference. He scored seven touchdowns this year, including multi-score games against Dean College, Becker College and the University of New England.

“Joey is an explosive football player and he is only going to continue to get better,” Gilmartin said. “It’s going to be exciting to watch him play for the next four years. He will definitely have people jumping out of their seats, that’s for sure.”