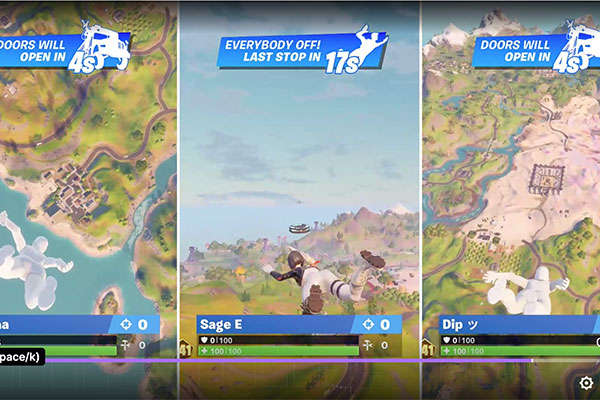 Catapulted by resounding victories in Games 3 and 5 of the six-game championship round, the Salve Regina trio of DMALaa, Sage E, and Dip ッ, better known around campus as Seahawk hockey players John McLean ’21, Sage Englund ’22 and Daniel Eruzione ’21, secured their place among North America’s top collegiate gamers by finishing third overall and winning $10,000 in scholarships at the Fall 2020 PlayVS College Fortnite Championships.

North America’s top 66 ranked trios were invited to the two-day tournament Dec. 5-6 with $100,000 in scholarships at stake. Players competed in a qualifying round of six games on Saturday, and those who advanced played six more games in the championship round on Sunday. When the dust settled, the University of Maryland team of Mars, Se7enn and bhegs claimed first place and $15,000, followed by Johns Hopkins University’s trio – Control, Harsh and Наrmøny – taking home $12,500 after their late surge in the final game pushed them just ahead of the Salve Regina team.

“We were one point from second place, which kind of stings. But top three, we will take it,” Eruzione said. “Luckily, for every single game out of the six except one we made it to the end game and picked up a lot of points.”

During their march to the podium, the Salve Regina students set a championship round record for most eliminations in a single game (15), and they led all teams during tournament play in overall victories and eliminations.

“That was the most intense game we’ve seen so far,” tournament host Shyowager reported on the PlayVS Twitch channel’s play-by-play after the Salve Regina trio posted a dominating 52-point win halfway into the finals. “It was their best game all season. This trio is leaps and bounds ahead of everyone else in the lobby. What a performance the whole day from DMALaa, Sage and Dip.”

The PlayVS collegiate fall schedule included a two-week pre-season followed by an eight-week regular season that culminated with the championships. Teams placing 11th through 50th in the tournament received $1,000 in scholarships each, while payouts increased incrementally for those finishing in the top 10.

“We had some really good weeks throughout the whole season,” said Eruzione, who believed going into the championship tournament that their team could score a Top 10 finish. “We found a really good drop spot on the new map just days before the finals weekend that we thought would really help us out in terms of getting points. Luckily for the finals we had our drop spot uncontested by any other teams – which is a big thing in Fortnite to get uncontested off spawn. From there the game plan was to make it to the end game, because we knew that’s where we are at our best.”

McLean acknowledged that there was a lot of pressure coming into this tournament because of the cash prize, but much like their attitude on the ice, where competition gets heated, these players kept their focus in the moment.

“We have two major preparations when training for tournaments: We try not to think about losing and we just try to have fun,” McLean said. 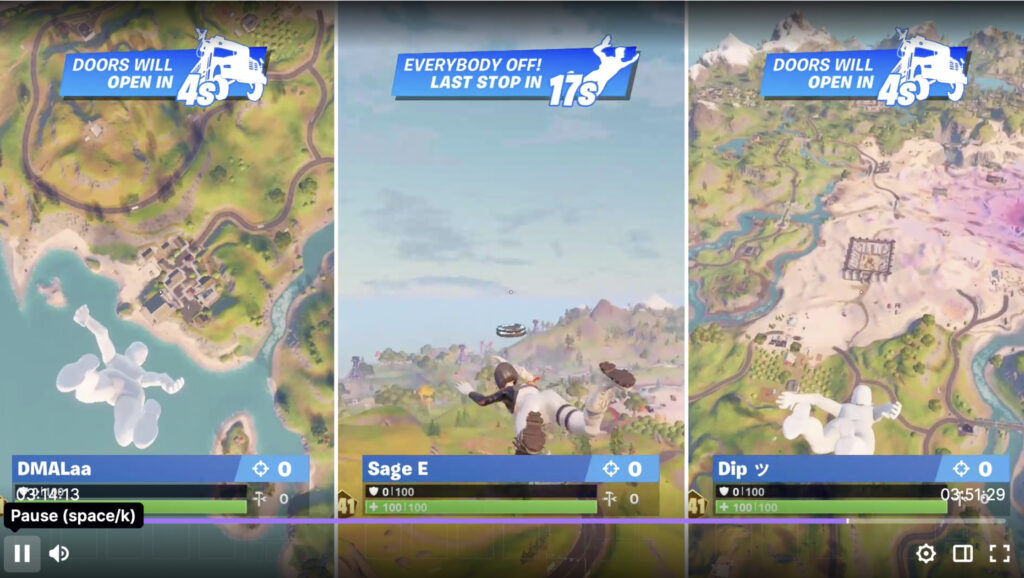 The three students all live together and typically play in the basement of their off-campus house. But because the university went fully remote after Thanksgiving due to Covid-19, they each played the championship tournament from their separate homes – which isn’t too much of a disadvantage, McLean explained, as “coms” can be kept clear that way. McLean lives in North Andover, Massachusetts, while Englund is from Cave Creek, Arizona, and Eruzione from Winthrop, Massachusetts.

“All other days we are training in Fortnite’s Creative Mode,” McLean said. “We watch other streamers to learn new things and then practice them because it is the most difficult part; you always end up with at least 50-plus people in the smaller zones in the end game.”

“They are gamers at the highest level,” said Jody Mooradian, Salve’s athletic director who stepped in as the hockey players’ official eSports advisor last year. “They’re still better hockey players, though. I would rather see them on the ice, but it’s good to have them as champions in all they do!”

The three student-athletes approached Mooradian about their desire to compete in PlayVS college eSports competitions and Moordian helped by establishing an intramural team, which allowed them to enter and participate in the collegiate division representing Salve Regina. They quickly rose among the top ranked collegiate teams in the country.

Looking ahead, DMALaa, Sage E, and Dip ッ are planning to participate in spring season Fortnite events that start again in February. They’ve got their eyes on a tournament with $200,000 in scholarship funding up for grabs.

“I can definitely say that I was not chosen to be their advisor based on my eSports knowledge,” Mooradian said. “But our student athletes know this department is here to assist them in all things. When we talk about whole person growth, we mean it. The lessons that playing athletics teaches students apply in all areas. Things like teamwork, time management, striving to be the best, supporting one another, perseverance and hard work are applicable to all areas of life. These three have spent a lot of time and effort getting to this level with Fortnite, but it applies to their approach to everything. They are great students, great athletes and really engaging and wonderful young men.”