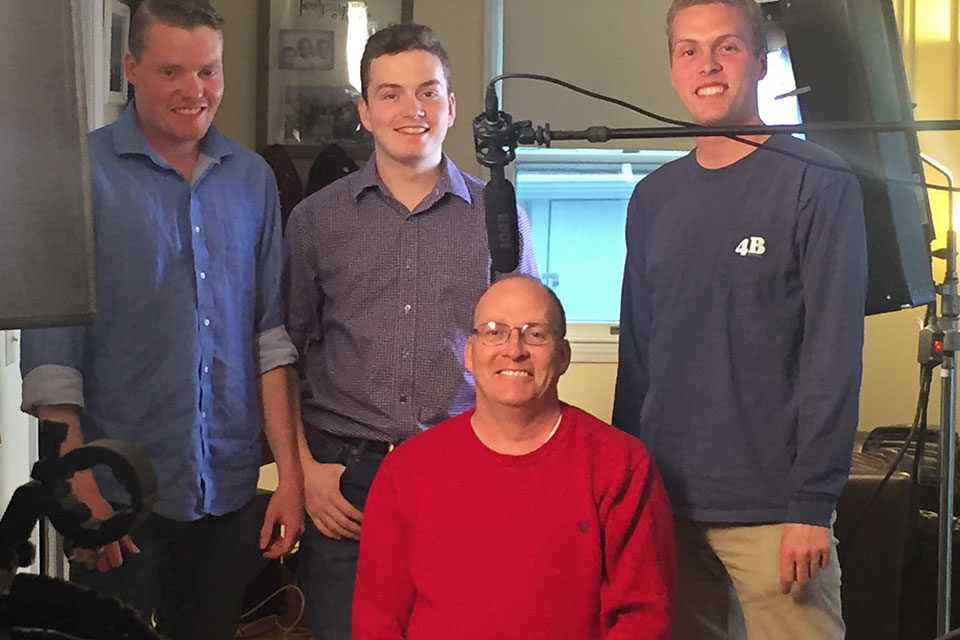 One of the only certainties in life is that it does not last forever, but that does not mean that someone’s legacy can’t make a lasting impact. On Saturday, April 2, Salve Regina is hosting a film premiere of “Living with the Odds: A Paul Bayne Story” in honor of Luke Bayne ’24 and his family.

The event on April 2 will last from 6 p.m. to around 10 p.m in the Bazarsky Lecture Hall in O’Hare Academic Building. At 6 p.m., the Red Carpet will kick off the premiere. It offers students a chance to have some fun with what might be their first film premiere, and  students are encouraged to get dressed up and take fancy pictures to get excited about the event. The film will start at 7 p.m., and there will be a post-film discussion to dive deeper into the film’s messages. Tickets are being sold here.

Luke Bayne’s father, Paul Bayne, inspired the making of this documentary film as he battled terminal diagnosis with glioblastoma, a tragic form of brain cancer. Even though Paul Bayne’s story was cut short, he used it as an opportunity to help others facing the unthinkable. His last efforts at serving others will live forever on in the film, and Luke Bayne is sharing his father’s messages with as many people as possible.

The importance of family and faith

Luke Bayne grew up in Cranston and Warwick, Rhode Island, and he was drawn to Salve Regina because of the attentive professors and faculty. Dr. Linda Forsberg, adjunct professor of religious and theological studies, is the pastor of the First Evangelical Lutheran Church where Luke Bayne grew up attending with his family.

Luke Bayne explained that Dr. Forsberg has been close to his family since he was nine years old. As someone who has been connected with Salve Regina for many years, he felt compelled to share the film about his father with the University community. 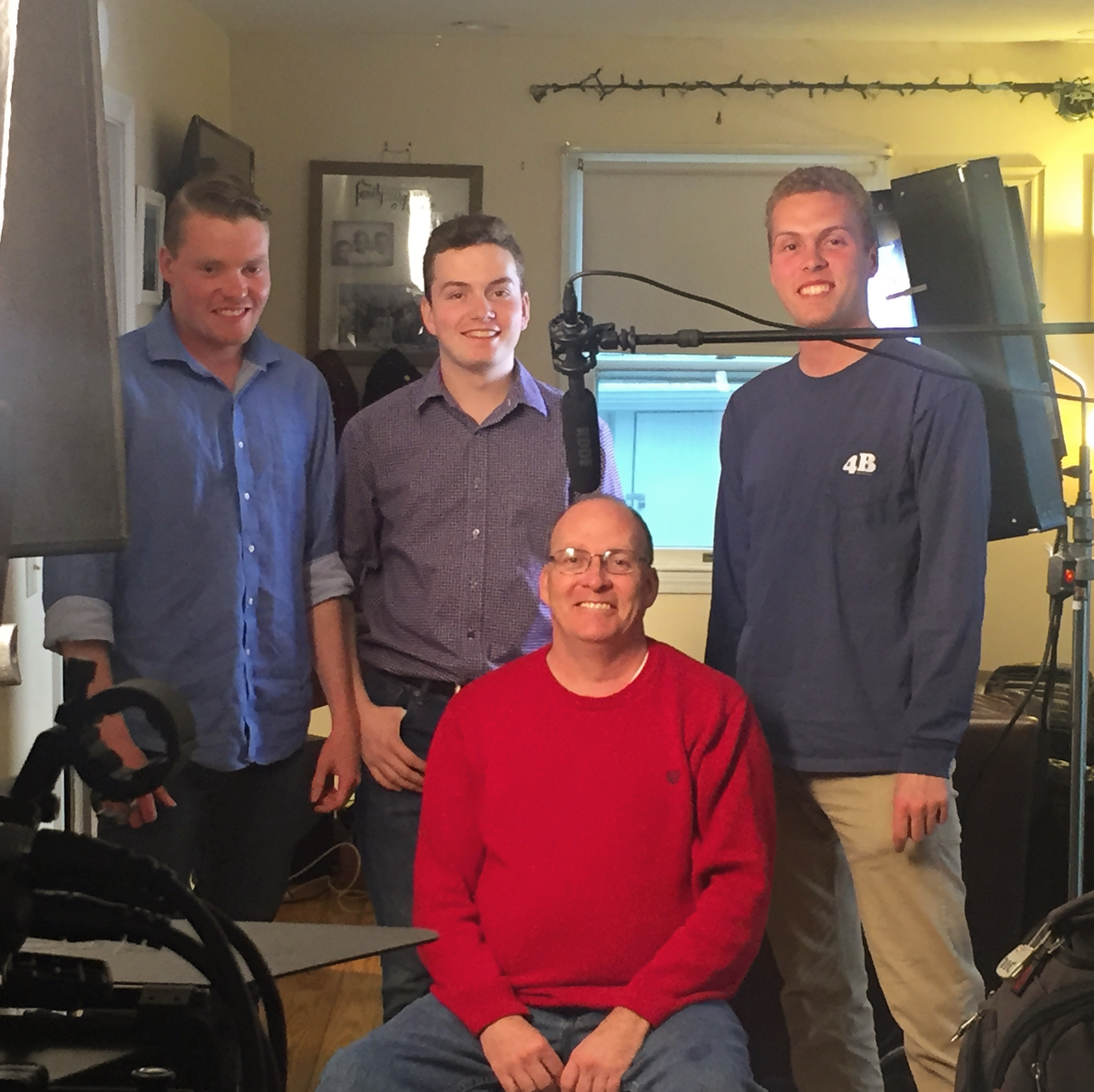 Luke Bayne (middle in back) pictured with his brothers and his father Paul Bayne, who died of terminal cancer.

“I thought it would be really cool to bring it to Salve …. It has definitely been a lot, but a rewarding experience for sure,” Luke Bayne said.

Two years have passed since Paul Bayne’s death, but a tremendous amount of work has gone into making sure his devotion to his family and helping others lives on.

“He was going to write some notes for me and my brothers for after he passed, and that kind of developed a little bit to a book,” said Luke Bayne. “He was sending notes to his college friends, and they sent it to somebody else who makes films, and he was like, ‘I want to turn this into a movie.'”

Directed by Eric Meltvedt, the film documents Paul Bayne and his experience with glioblastoma. In addition to sharing the medical experiences with doctor’s appointments and diagnosis, the film is about family and faith. Luke Bayne and his brothers are interviewed in the film, as well as Dr. Forsberg.

“When people say it had a positive impact on them, that it’s a beautiful message and that they enjoyed it and hearing what my dad had to say,” said Luke Bayne. “I think that’s a good thing all around …. We are all living and going to die someday.” 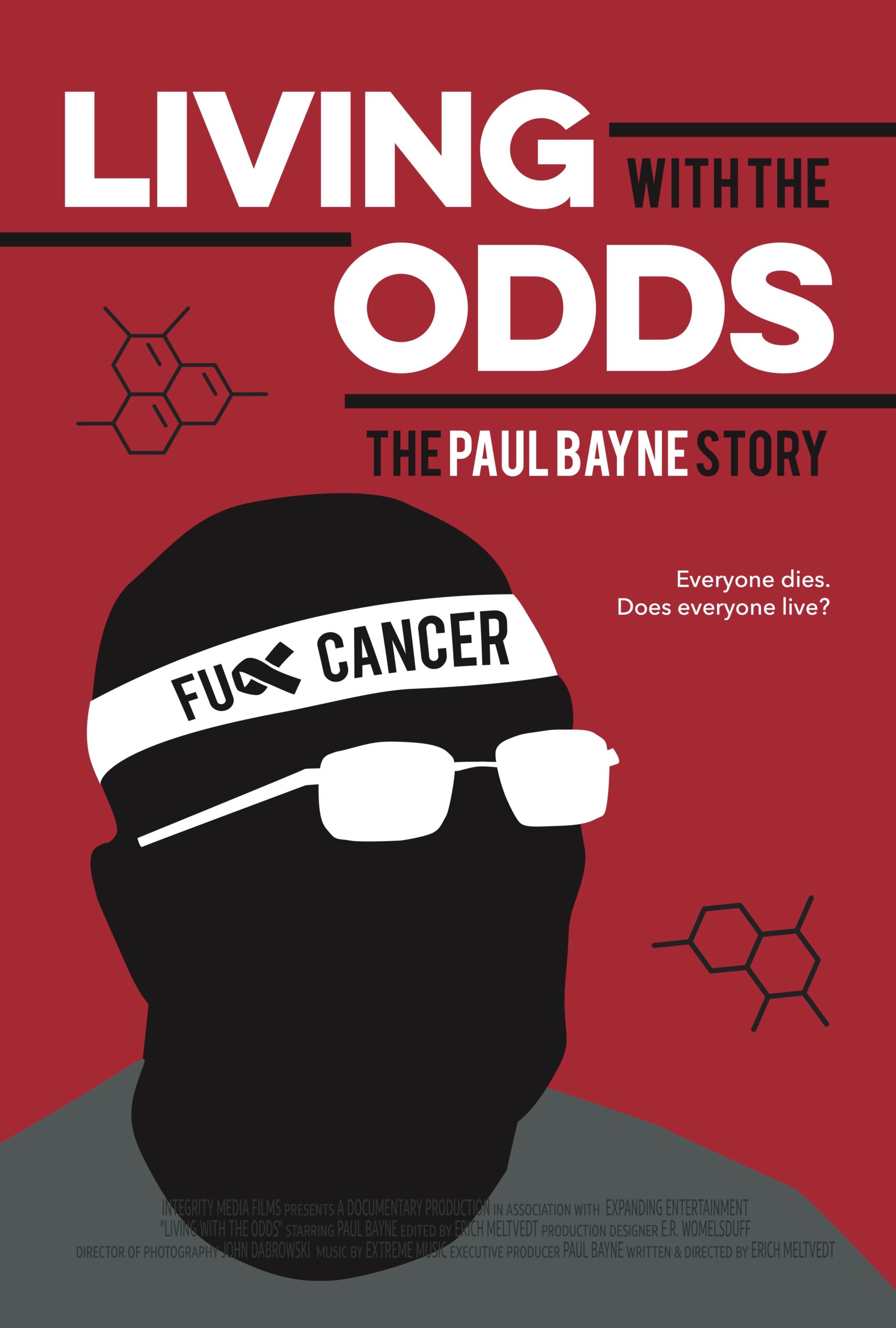 The details of the premiere at Salve Regina

At the event on April 2, the film will start at 7 p.m., and there will be a post-film discussion to dive deeper into the film’s messages. 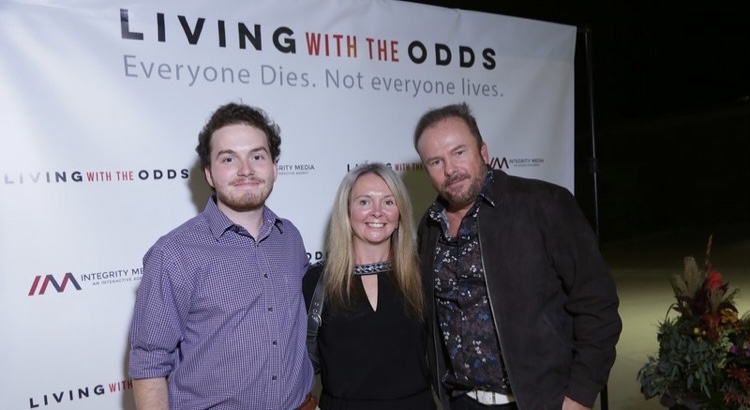 Luke Bayne pictured with Eric Meltvedt, director of the film, and Lisa Doherty, nurse practitioner at Dana-Farber Cancer Institute in Boston, Massachusetts at one of the showings of “Living with the Odds.”

Meltvedt will be talking about the creative process behind filmmaking and how the film came to be from a technical and creative perspective. Meltvedt’s discussion could be interesting for English communication and film majors to learn about the behind the scenes work that goes into making a film and capturing inspiring messages.

Charles Benoit is a mentor at the Dana-Farber Cancer Institute in Boston, Massachusetts, for glioblastoma patients. As a twelve year survivor of glioblastoma, he serves terminal patients by sharing his experiences to provide them with hope and peace. Benoit mentored Paul Bayne while he was in the hospital, and he will provide first hand accounts on what it was like being a terminal patient. 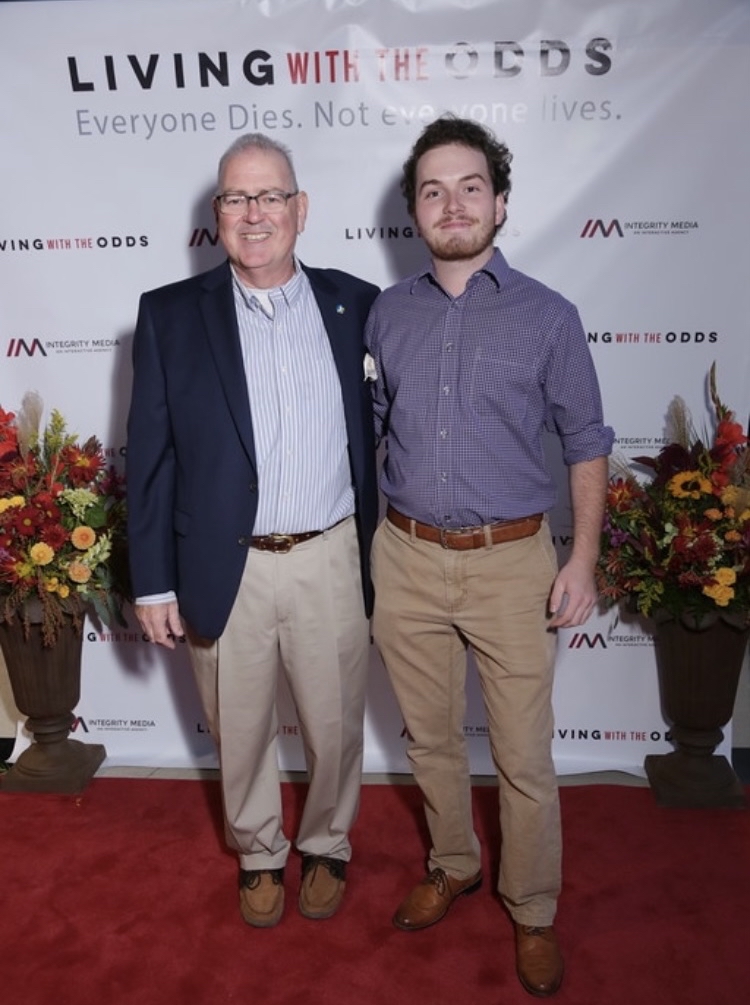 Luke Bayne (right) with Charles Benoit, a mentor at the Dana-Farber Cancer Institute in Boston, Massachusetts, for glioblastoma patients.

Lisa Doherty is a nurse practitioner at Dana-Farber Cancer Institute in Boston. She cared for Paul Bayne, and she will share her experiences caring for terminal patients as well as providing insights and information on terminal illnesses. Nursing students could find her discussion to be helpful to their studies and career paths.

Dr. Forsberg will be a familiar face to Salve Regina students as she reflects on the spiritual side of the themes highlighted in the documentary. Students interested in theology or spirituality can learn more about how faith relates to hardship.

Lastly, Luke Bayne will speak about what it was like to be a family member of somebody with a terminal illness. He will answer any questions that the audience may have and share his experiences with the film and the process of going through a terminal illness with a loved one.

A part of the healing process

Luke Bayne explains that being a part of this film has been a part of the healing process for him and his family. Being able to honor Paul Bayne by finishing his last project has been a great experience.

“It’s been really cool to have something to work on,” said Luke Bayne. “This was like the last big thing he did in his life, so sharing that message with people is not easy, but it makes sense and it’s an easy way to remember him and keep doing what he wanted to do …. On a personal level, having his messages in a movie and seeing him talk is really, really cool.”

The memories Luke Bayne has of his father are filled with moments where Paul Bayne was caring about other people.

“My father always said, ‘It doesn’t take a lot to help somebody, and making a small difference in someone’s day can make a big difference,'” Luke Bayne said. Luke Bayne noted that his father definitely lived by and exemplified that notion. He is proud of the film and the legacy that his father left behind.

“It’s cool to be able to share something that I believe in, but it’s even cooler that it came from my dad,” said Luke Bayne.