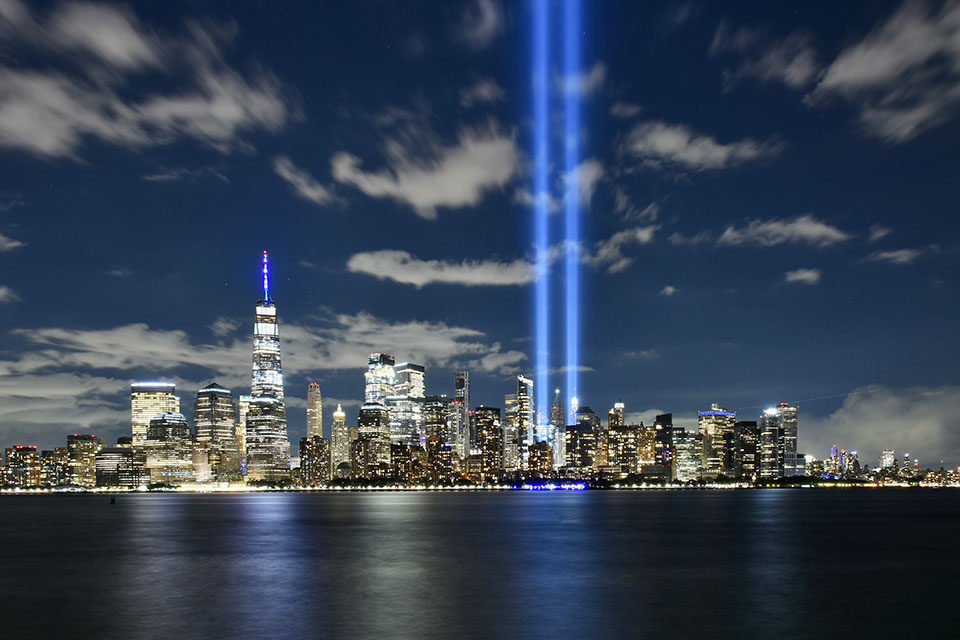 As Salve Regina recognizes the 20th anniversary of September 11, 2001, the University acknowledges that this date is often a time of great pain for those who remember the attacks on the World Trade Center and the Pentagon. Some of the community’s students and staff were directly affected by Sept. 11, losing loved ones and witnessing the aftermath in deeply personal ways.

The University also recognizes that many of today’s college students were not yet born, and that Sept. 11 is known to many students only through history books. With this in mind, Salve Regina would like to recognize the significance of September 11 by sharing thoughts about this historic day from faculty and staff.

Thomas Flanaghan, associate professor of business and economics, was in a meeting when someone interrupted it to tell everyone that planes had crashed into the Twin Towers.

“I went to Ochre Court in my office,” Flanagan described. “I had a large screen TV in there, and I turned it on. We watched the Twin Towers in disarray with everything falling down, and the next thing I knew the office was filled with people crying …. For the rest of the day, I had people sitting on the floor crying, watching the television.”

The general atmosphere was one not only of sadness but “total dismay,” according to Flanagan. “That particular day was a day in which everyone in this institution, from the staff to the faculty to the students, were in total shock,” he said. 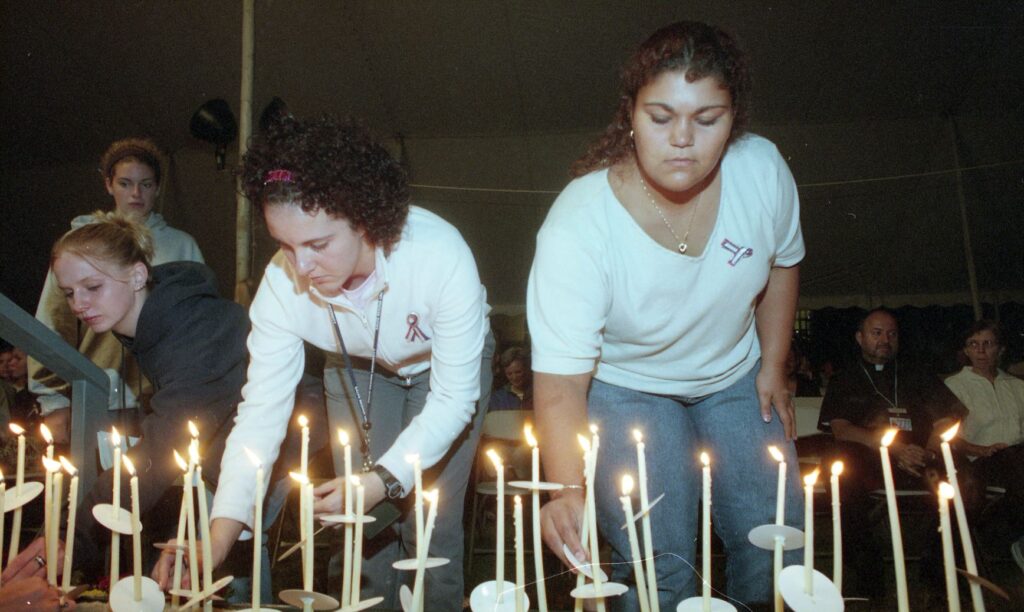 Students light candles during a vigil for everyone lost during the Sept. 11 attacks in 2001.

“Despite being a media person with a crisis background, I found myself unable to stay and watch,” Hendrickson said. “I heard about the second plane and a deeper sense of dread and sadness came over me …. Everyone was impacted and everyone seemed to have a connection. Even in the unknown details at the time, there was a seemingly recognized sense that the losses that day would have a far-reaching impact.”

In typical Salve Regina fashion, everyone began asking how they could help, according to Hendrickson. One student lost his father, and many others on campus had relatives, friends or other connections to individuals not only in New York, but also Washington, Boston and Pennsylvania. There was a vigil and a remembrance wall created in Miley Hall, where community members could post thoughts and prayers, photos and other items to share their intentions. Students even created a T-shirt to honor the lives lost, including a Salve Regina parent. 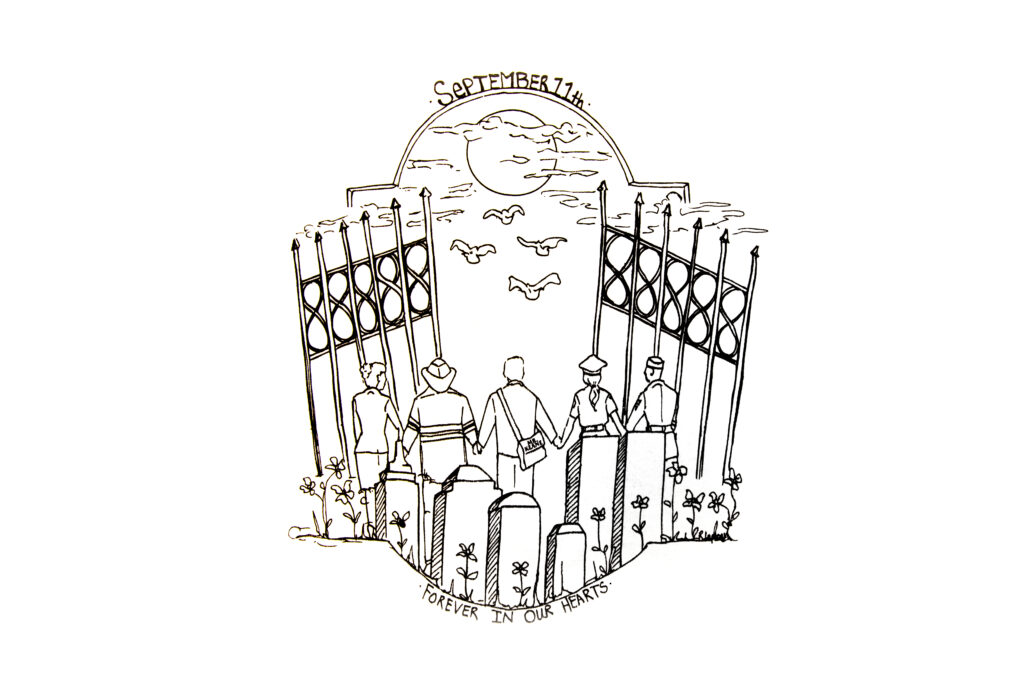 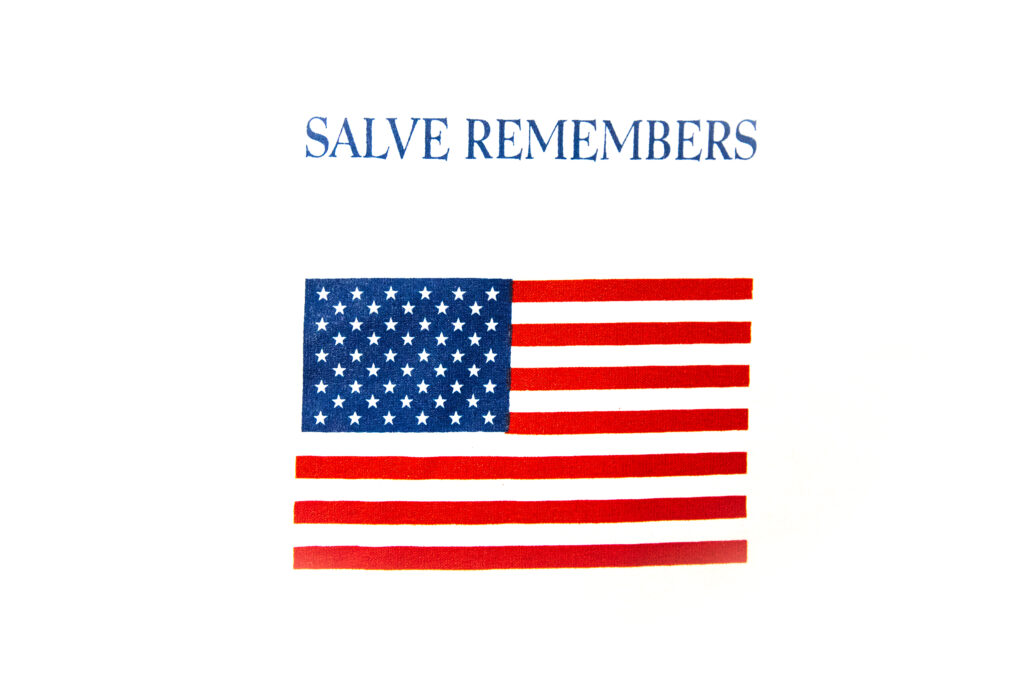 On the 10th anniversary of Sept. 11, there was a beautiful candlelight vigil with speakers and music, as well as a procession. Like the remembrance wall ten years earlier, the University had opportunities for students, faculty and staff to share their thoughts and reflect on the day.

“We learned of students, just children at the time, who had lost family members,” said Hendrickson. “Again, the far-reaching impact can be seen.”

While the personal impacts of Sept. 11 reverberated throughout the years, Sept. 11 impacted so much culturally about the U.S., too. While the wars on Afghanistan and Iraq are clear examples, Paul Joyce, assistant professor and chair of administration of justice, reflected on just how much changed in the mindset of Americans post-Sept. 11.

“The unprecedented terrorist attacks of Sept. 11, 2001, changed the culture of security in the United States and ushered in the homeland security era,” Joyce said. “Over the past 20 years, the concept of homeland security has grown to include not only terrorism, but also emergency management, cybersecurity, public health, critical infrastructure and climate change.”

Flanagan also added that a rise in intolerance and racism could be seen after Sept. 11 as well, and this tide of racism has continued to strengthen and play out today in greater ways, with ripple effects in politics and policies.

“If you were a Muslim, you suddenly became the enemy in the world even though you were American,” Flanagan said. “It was a moment where there was an opportunity for the world to come together, but we became a world of vengeance.” 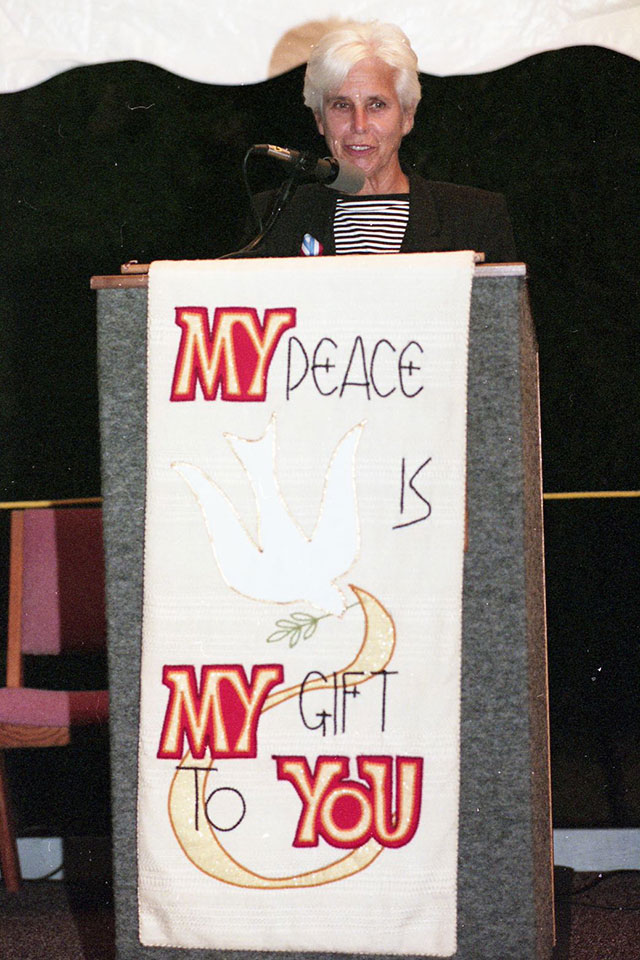 Sister Therese Antone, RSM, during the candlelight vigil that was held on campus after Sept. 11, 2001.

Despite the grief of Sept. 11 and long aftermath of its legacy, Salve Regina’s mercy mission remains clear in protecting the most vulnerable—both in American and across the world—creating a more harmonious, just and merciful world.

“In the darkest hours of Sept. 11, we saw suffering, despair, and sorrow, but we also saw grit, sacrifice, and perhaps most importantly, love and mercy,” Cody Morris, graduate program director and assistant professor of applied behavior analysis, concluded. “Tough times bring adversity, and adversity brings us the opportunity to show the world who we really are and what we value. As we approach the anniversary of Sept. 11, I hope we can channel the love and mercy displayed by those who helped others in need at that time and seek to do the same at this time.”

If anyone is interested in discussing the 20th anniversary of Sept. 11 with fellow faculty, staff and students, the Pell Center for International Relations and Public Policy is hosting a virtual roundtable on Monday, Sept. 13, at 11:45 a.m. It will last one hour, and it will be a chance to reflect on the day’s legacy and meaning. RSVP to the Pell Center by emailing pellcenter@salve.edu.

Mercy Week runs Sept. 21 through Sept. 29. It will feature a vigil for peace on Sept. 21, which will also include a remembrance for Sept. 11. More information on Mercy Week will be forthcoming.