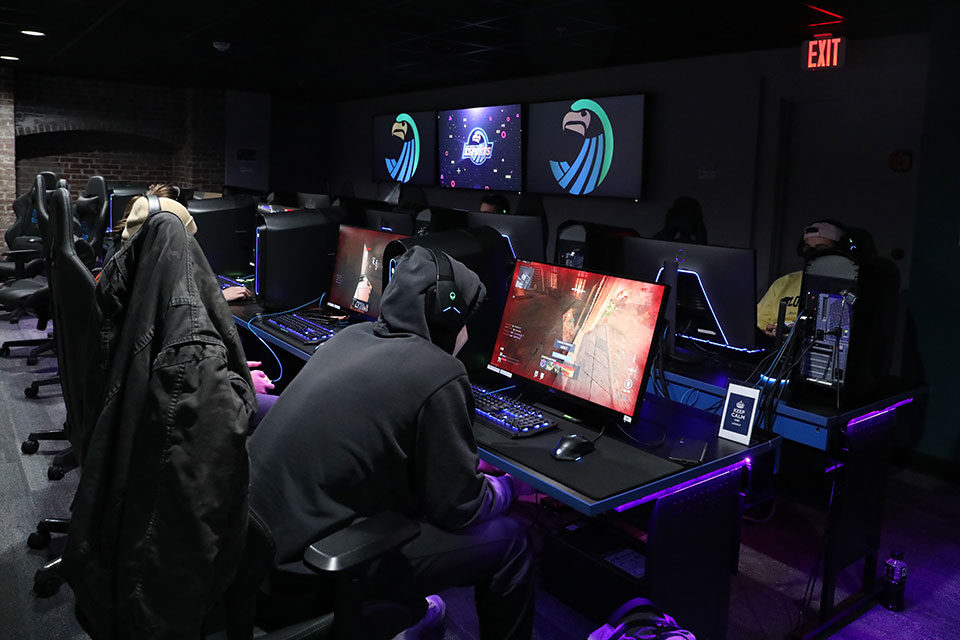 Salve Regina’s esports team is competing in the National Association of Collegiate Esports (NACE). NACE has three divisions: Varsity, Challenger and Open. Unlike Salve Regina’s Division III athletic teams who compete in regional conferences, esports is going up against schools up and down the East Coast, competing against schools as far away as South Arkansas and Florida.

Since the esports program is new, Salve Regina’s team is competing in the open division to gain experience and build their skills. If they perform well this season, they could go to nationals and play against schools from the Midwest and West Coast.

“The word ‘esports’ stands for ‘electronic sports,’” explained James Arcoleo ’23, a member of Salve Regina’s esports team. “So it’s basically any video game or online activity, but we play it competitively against other schools.” 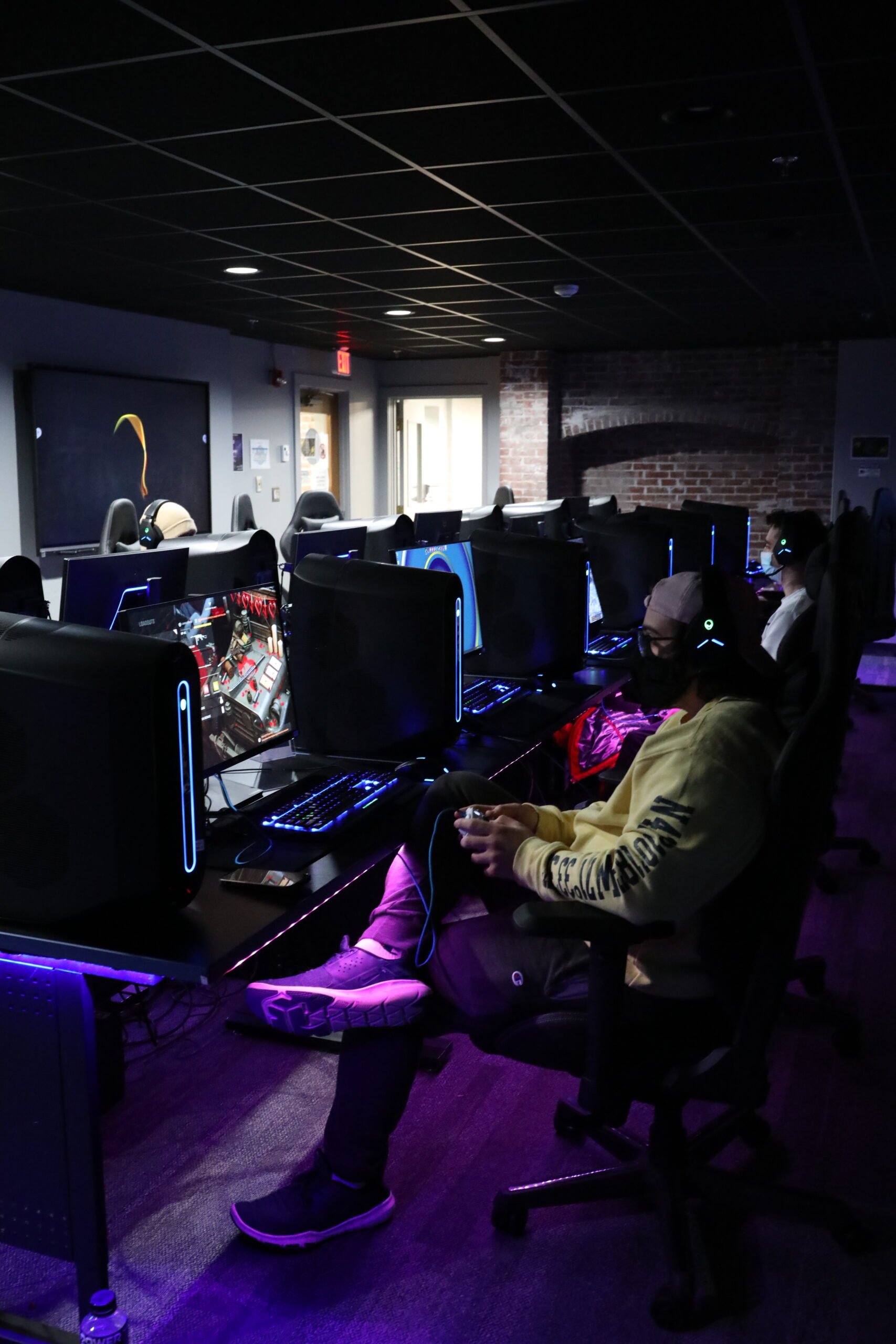 The esports team competes in the newly renovated basement of Gerety Hall in the Esports Center and Lounge. The team mirrors the structure of Salve Regina’s athletic varsity programs, and they practice five days a week and compete in matches against other schools.

A typical practice entails players playing the game they chose to focus on for competition. Currently, the team is competing in the game “Call of Duty: Vanguard.” Players run game modes such as search and destroy and hard point. They play against each other to sharpen their skills and to have fun.

“We do actual training,” noted Erin Brandmeier, the new coach of Salve Regina’s esports team. “What we are doing is incorporating actual video game programs to work on skills.”

Brandmeier hopes to find a game this semester that will aid in communication and help work on teamwork, as well as how to have fun when playing.

Salve Regina’s esports team is making serious efforts to spread the word about their program and get the community involved. Through social media, the team is hoping to provide a way for students and the community to watch their matches online, and they are excited by the growing interests of Salve Regina’s staff members.

“The biggest thing to look for is the YouTube Channel and streaming on game days,” said Arcoleo. “We also want to start streaming practices as well.” 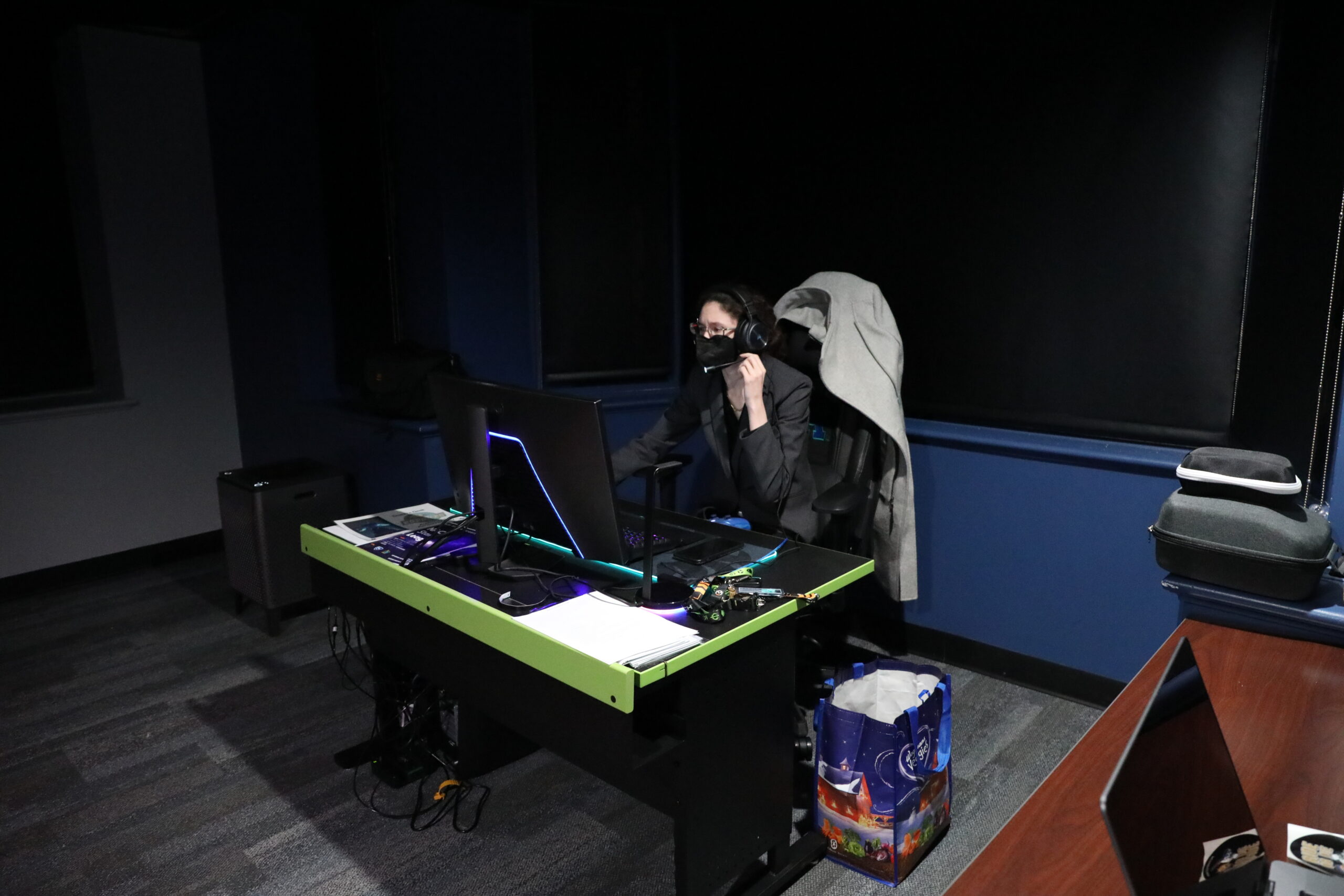 Brandmeier also noted that the varsity team is a serious commitment, and they are trying to market it like any other athletics team. For those hesitant, the program is also working on creating a club team for those who are looking to have fun or are new to competitive gaming.

NACE currently places restrictions on games, limiting the team to what games they can compete with. The club will be open to accommodating any other games based on what the players want to play. Arcoleo pointed to Overwatch and League of Legends to name a few. While most players’ interests lie in first person shooter games so far, they are open to other fighting or strategy games — or even Nintendo games like Super Smash Bros if there is enough interest.

Future growth for the esports program entails getting another team competing in a new game, continuing the path on social media and networking, and creating platforms for individual players. These platforms would allow the esports team to gain recognition by NACE for possible scholarship opportunities or by professional eSports teams like Cloud 9.

“That would be a big end goal for us — to have our players get recognized by those luxury teams,” Brandmeier noted.

The opportunity for scholarships in the esports program is a little ways down the line for Salve Regina’s program, but it’s not far out of reach. With fundraising and successful competition in NACE, the team would be able to use scholarships for recruiting purposes and to support their athletes. 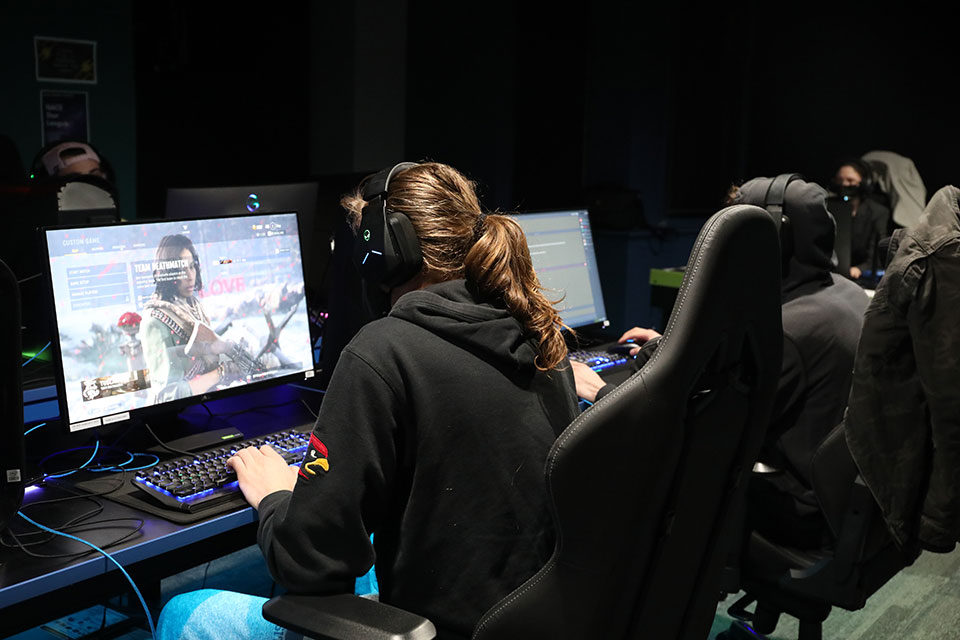 Salve Regina’s esports team currently has 11 team members, and the program is hoping to grow. If there are any current or prospective students who are interested in getting involved with esports, they can contact Brandmeier, the student players or simply stop by Gerety Hall. Match days are typically on Wednesdays, with one match beginning at 8:30 p.m. and the next at 9 p.m.

All students are welcome to stop by and learn about the program.

“We are super friendly, and we are always looking for new people,” Brandmeier emphasized. “We care more about a positive attitude and getting along with team members than anything else.”