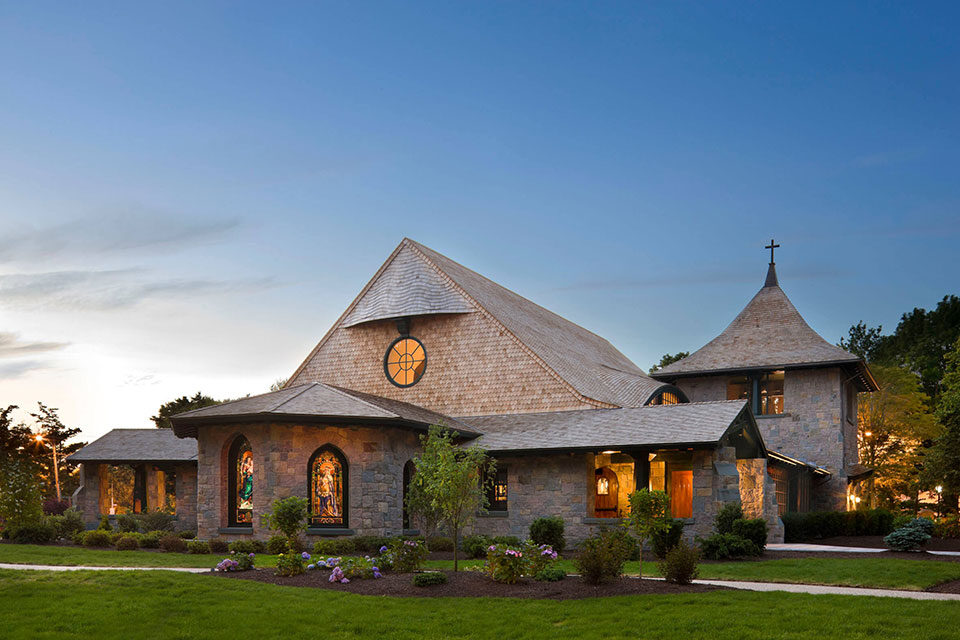 Salve Regina is thrilled to welcome both Fr. Ray Malm and Fr. Scott Pontes to serve as University Chaplains within its Mercy Center for Spiritual Life. 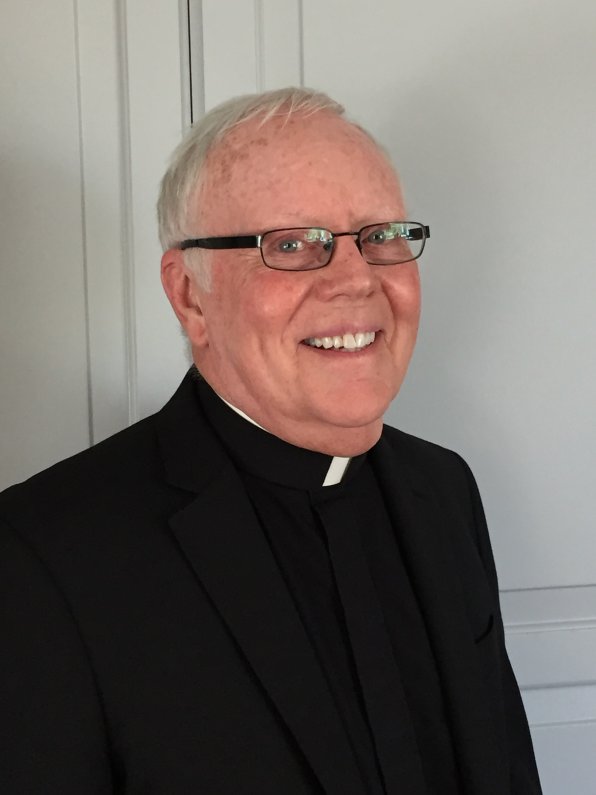 Fr. Ray is a priest of the Diocese of Providence and officially joined the Salve Regina University community in March as part-time University Chaplain.

Fr. Ray was born in Providence, Rhode Island, and attended local parochial and diocesan schools. He entered Pope John XXIII Seminary in Weston, Massachusetts, to study for the priesthood for the Diocese of Providence and was ordained to the priesthood in 1976.

Fr. Ray served in pastoral leadership within the Diocese of Providence for more than 40 years, primarily at Saint Joseph’s Church in Newport and Saint Michael the Archangel Church in Providence, and he was instrumental in establishing the Office of Black Catholics in the Diocese. He is also the founding president of the Family AIDS Center for Treatment and Support, which is now known as AIDS Care Ocean State, and the co-founder with Sister Ann Keefe S.S.J., of the Institute for the Study and Practice of Nonviolence. Due to his work in nonviolence he was awarded the ‘Living the Dream Award’ from the State of Rhode Island Dr. Martin Luther King Jr. Holiday Commission.

Fr. Ray is also actively involved in advocacy work related to immigration reform and accompanying and supporting those who are undocumented. He was recognized by the Women’s Resource Center as one of Rhode Island’s ‘Men Who Make a Difference’ and in 2018 received the Hero of Faith lifetime achievement award from the Rhode Island State Council of Churches for his work with the poor. Fr. Ray retired from full-time ministry in the Diocese in 2015 but continues to serve on the boards of Amos House, AIDS Care Ocean State, Dorcas International and the Institute for the Study and Practice of Nonviolence.

As University Chaplain, Fr. Ray has been presiding at student liturgies through the past year and engages with our students and community through RCIA, a newly-founded liturgy committee, and other sacramental and pastoral outreach initiatives. Though we have been unable to host Mass on campus throughout the pandemic, Fr. Ray has been offering weekly reflections on the Gospel each Sunday for the Salve community.

“The faith of the students at Mass is wonderful to see. An inspiration to me,” said Fr. Ray, reflecting on his ministry. “I look forward to going to Salve to celebrate Mass and see the students. I miss them.” 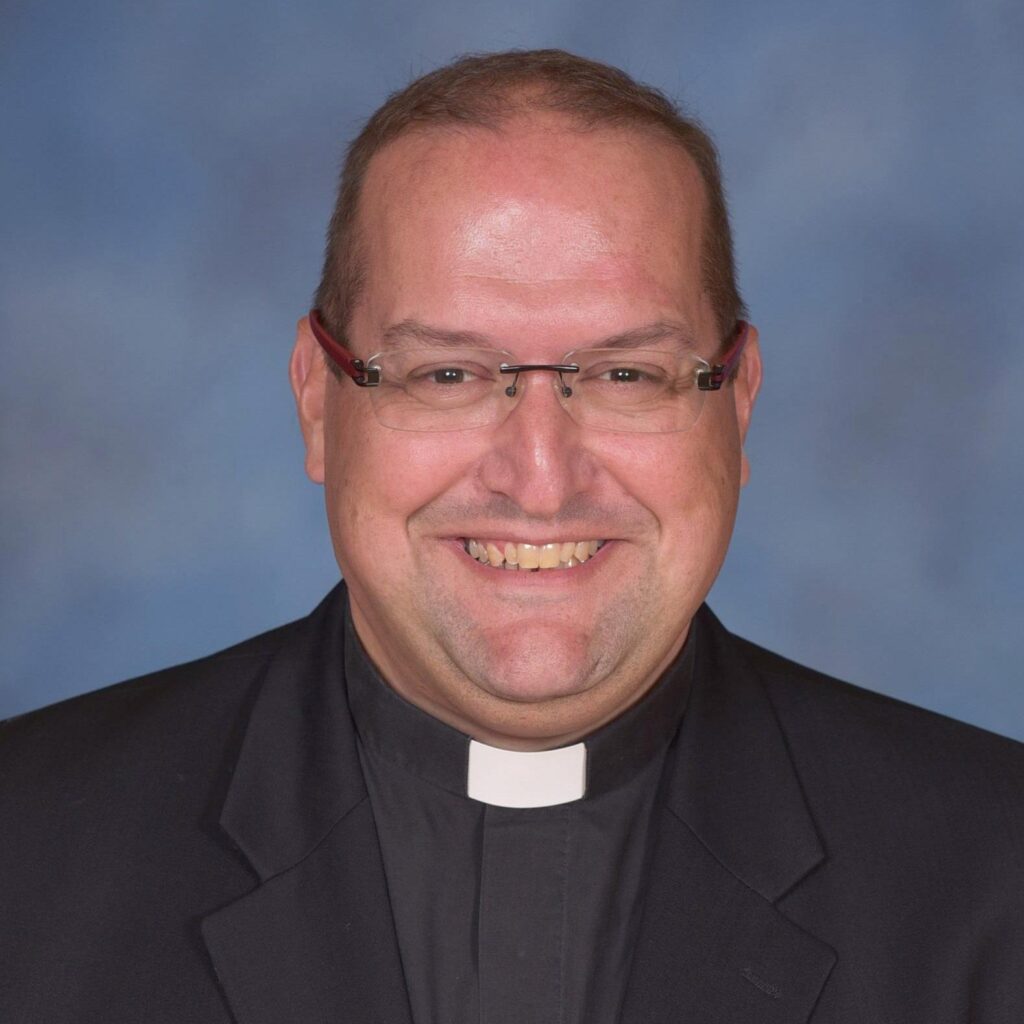 Fr. Scott is also a priest of the Diocese of Providence and has been appointed as pastor at St. Joseph’s Church in Newport and University Chaplain at Salve Regina University beginning August 1.

Fr. Scott grew up in Bristol, Rhode Island, and was educated at St. Elizabeth School and Bristol Public Schools. He graduated from Rhode Island College with a bachelor’s degree in French and secondary education. Prior to entering the seminary, Fr. Scott was a modern language teacher in Catholic High Schools throughout the state. In 1999, he entered the Seminary of Our Lady of Providence, where he studied philosophy for a year at Providence College. Fr. Scott earned two master’s degrees, a Master of Divinity and a Master of Theology with a concentration in Systematic Theology from Immaculate Conception Seminary at Seton Hall University. He was ordained in 2004 and named Parochial Vicar of St. Francis Xavier Church in East Providence.

After serving for three years, he was then was assigned to advanced studies in Portuguese language and culture at the Universidade Católica in Lisbon, Portugal. During his time there, Fr. Scott had many opportunities to preach at various feasts and missions throughout the country. Upon his return from Portugal, Fr. Scott served in pastoral leadership at St. Matthew’s Church in Cranston, St. Elizabeth’s Church in Bristol, and again at St. Francis Xavier Church in East Providence.

Discerning a call to educational ministry, Fr. Scott was given permission to join the faculty of theology at Oratory Prep in Summit, New Jersey, in 2018, where he served for the past two years also leading campus ministry initiatives.

Desiring to return home to Rhode Island (he has missed the ocean, the smell of saltwater in the air, coffee syrup, and, of course, Del’s lemonade), Fr. Scott is thrilled to join the Salve Regina community as University Chaplain and to serve as the pastor of St. Joseph’s Church. This joint appointment will allow him to continue his ministry in both educational and pastoral contexts and he will be residing in the Chaplain’s apartment adjacent to Salve’s campus.

A favorite quote of Fr. Scott’s comes from Antoine de Saint-Exupéry’s “The Little Prince”: “It is only with the heart that one can see rightly; what is essential is invisible to the eye.”

“It is with great hope that I can explore this quote more deeply with each member of the Salve community,” said Fr. Scott. “I am excited to learn more about the Salve family, and in particular to learn about all that is seen by the heart. Jesus says in Scripture, ‘I desire mercy, not sacrifice.’ As I begin this new chapter in my ministry, I look forward to fulfilling Christ’s desire with you.”

Dr. Theresa Ladrigan-Whelpley, vice president for mission integration, is excited to welcome both Fr. Ray and Fr. Scott to the Salve Regina community.

“Both Fr. Ray and Fr. Scott bring tremendous pastoral gifts to our University community,” Ladrigan-Whelpley remarked. “We are so blessed to have them on staff, supporting the sacramental and religious life of our campus. In collaboration with the team at the Mercy Center for Spiritual Life, I am excited about all that Fr. Ray and Fr. Scott will contribute to our Mercy, Catholic mission as a University.”