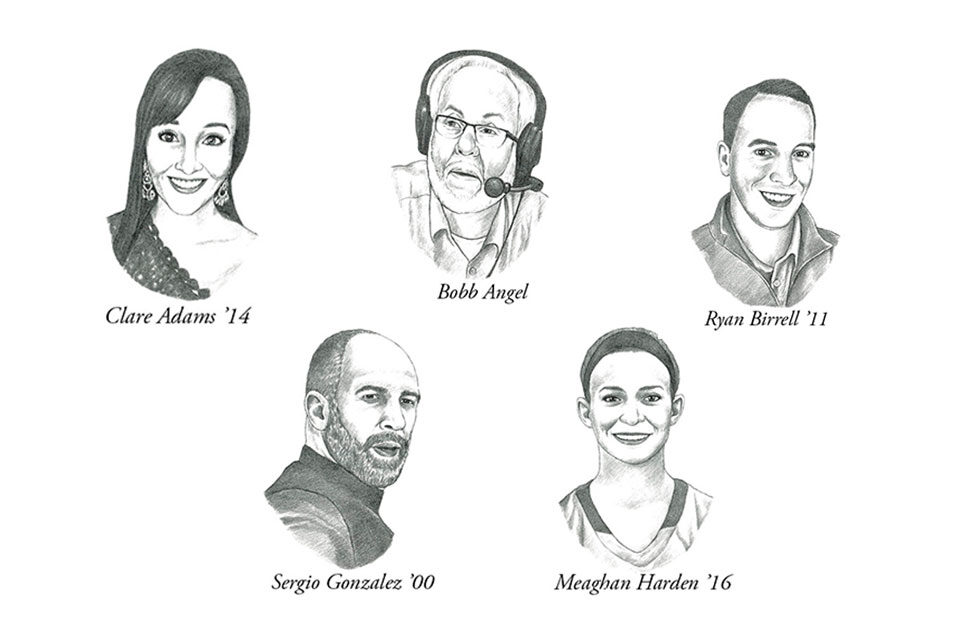 The Salve Regina University Athletics, in conjunction with the Office of Alumni, Parent and Family Programs, has announced the Seahawk Athletic Hall of Fame Class of 2021. The 13th induction class consists of four Salve Regina athlete alumni and a long-time local radio broadcaster, each of which are listed below.

To celebrate the Hall of Fame Class of 2021 inductees, the 2021 Seahawk Athletic Hall of Fame Induction and Brunch will take place at noon on Sunday, Oct. 3. Seats for this year’s brunch are $25 per person, but they are free for children under the age of five. Those interested in attending the ceremonies should register by Sept. 27 on Eventbrite, and the fee includes a five dollar gift to Friends of Seahawk Athletics.

After the brunch at 1 p.m, a presentation ceremony will commence for the Class of 2021 inductees in the Bazarsky Lecture Hall, which is located in the O’Hare Academic Building. This ceremony is free to all members of the Salve Regina community.

“There is nothing more important to Salve Regina than the people who have built our strong foundation,” said Jody Mooradian, director of athletics. “The Hall of Fame is a time we recognize past and present. The whole Seahawk family comes together for this event, and we can’t wait to gather and recognize this year’s Hall of Fame Class.”

Athletic Hall of Fame Class of 2021 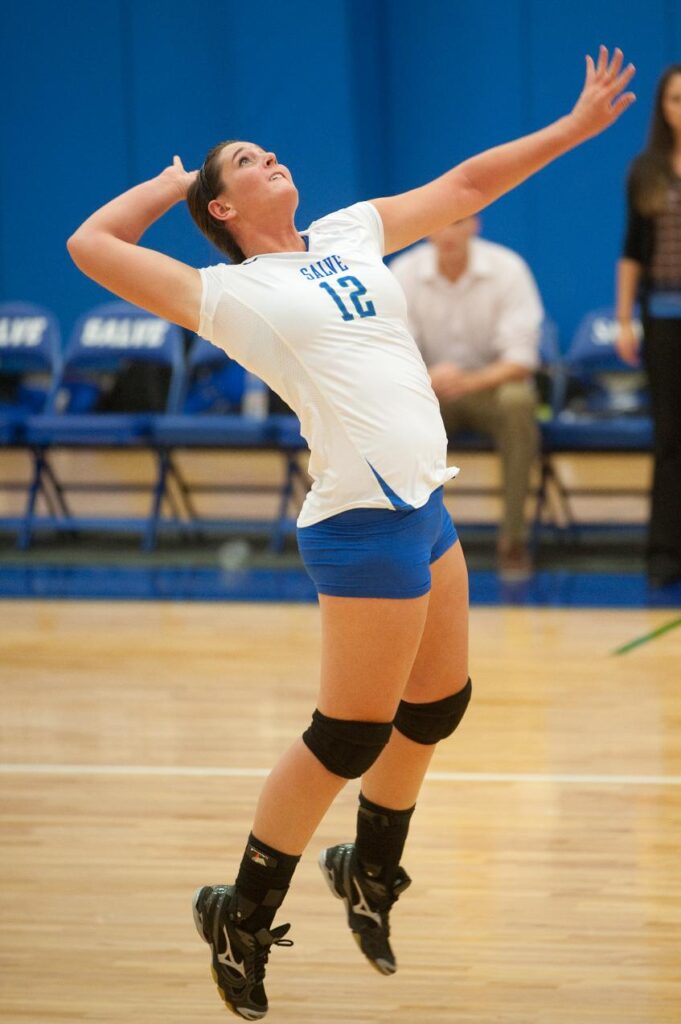 The first Seahawk women’s volleyball player inducted into Salve Regina’s Athletic Hall of Fame, Adams graduated with the most kills (990) and second-most services aces (129) all-time. She earned three major awards as a senior (Athlete of the Year, Distinguished Senior Scholar, Sister Philemon Banigan) while leading the Seahawks to its greatest single-season winning percentage and most wins (.839; 26-5). Salve Regina enjoyed its first three seasons above .500 in winning percentage after Adam’s freshman campaign and reached the ECAC Tournament three straight times. Adams also received honors from the Commonwealth Coast Conference (CCC) for first team outside hitter in 2013, and she was on the CCC All-Academic Team three times. She was the NEWVA Senior All-Star in 2013. 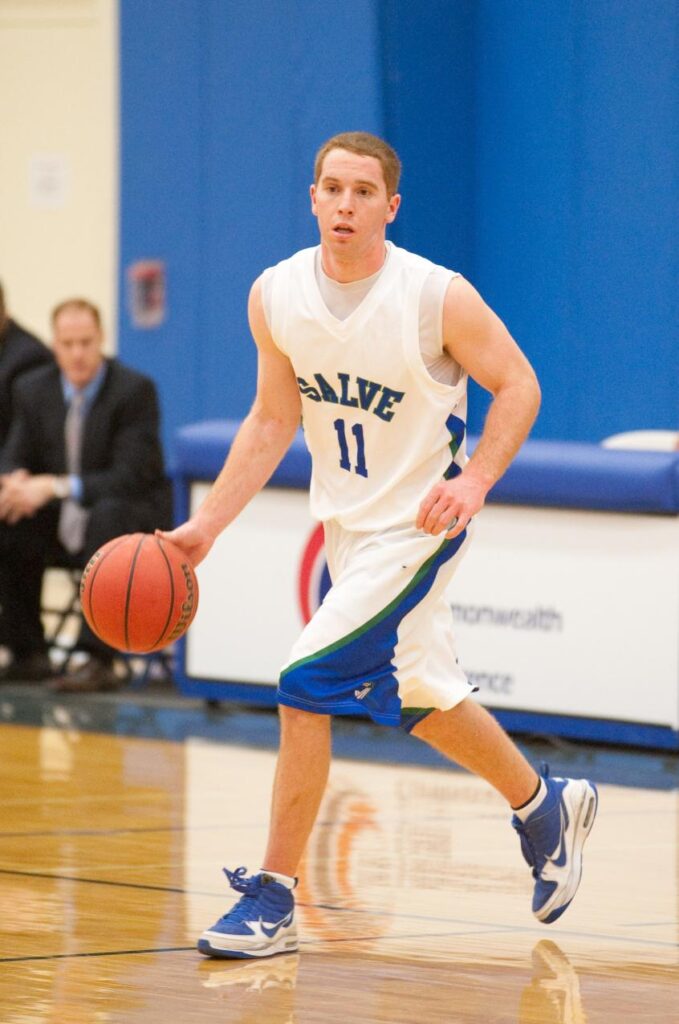 Birrell is the school’s all-time leader in games started (103) and assists (572) and the single-season record-holder in both categories (31 starts in 2011-12; 177 assists in 2010-11). He equaled the mark of free throws made in a season (156) with fellow Hall of Famer, Justin Hackley ’97, who did so in the 1994-95 academic year. Birrell led the Seahawks in back-to-back conference title game appearances, with Salve Regina winning three times on the road in 2010-11 to capture its first championship since 1994-95. As a graduate student in the (CCC), Birrell earned Player of the Year and Defensive Player of the Year in 2011-12. He finished as the program’s fifth all-time leading scorer (1,309 points). 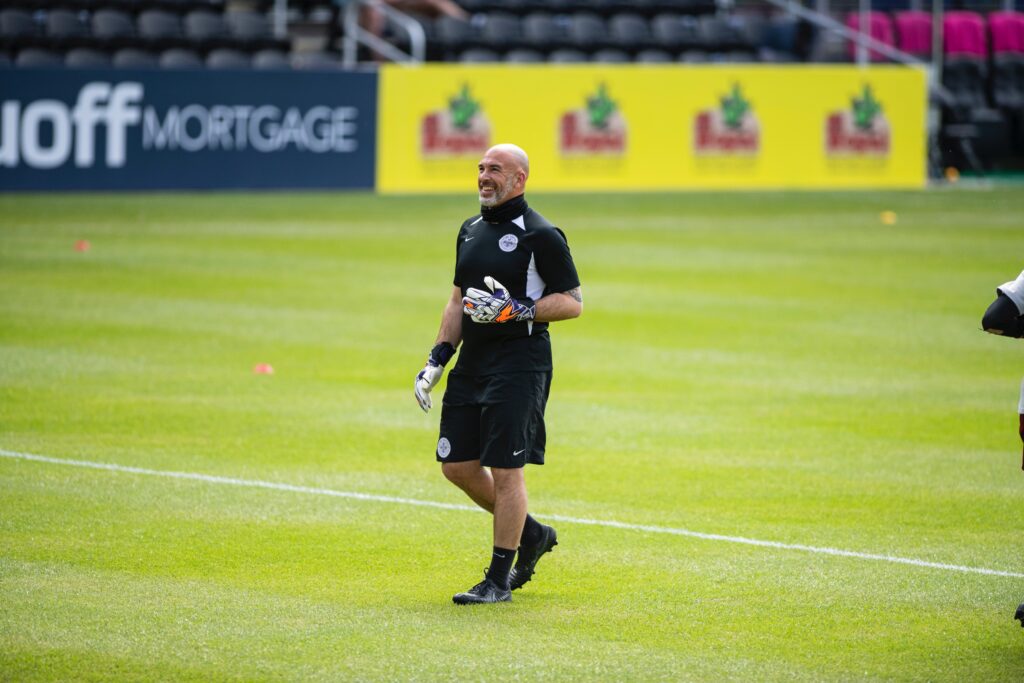 Gonzalez has held the school’s career save percentage mark (.878; 59 GA, 425 saves) for over 20 years, and his goalkeeper wins mark (32 from 1996-99) stood atop the all-time list for nearly 20 years. Gonzalez owns the school record for solo shutouts (22) and goals against average (1.04; 5087 minutes). As a first year, his team established the single-season win percentage mark (.737; 13-4-2), which now ranks second at time of induction. CCC runners-up in 1997 and then champions in 1998, Gonzalez was named the 1999-2000 Salve Regina Male Athlete of the Year just before graduating. He boasts more than two decades of coaching experience, including eight years with both women’s and men’s Big 10 Conference programs. 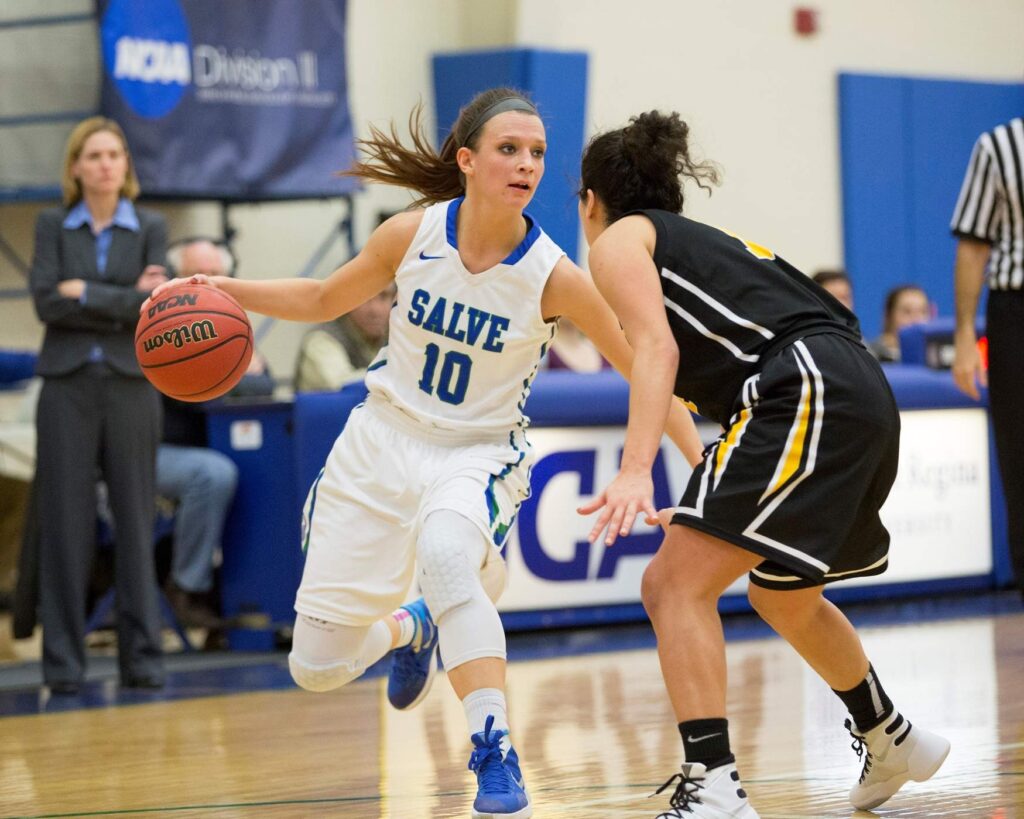 Harden earned back-to-back years with recognition as the Salve Regina Female Athlete of the Year (2015, 2016). She also earned First Team All-CCC honors all four years as a player. Harden set a school single-game record with 45 points against Regis College on Nov. 15, 2015, and set another school record from the free-throw line in a single game (13-for-13) against Middlebury College on Nov. 22, 2015. Harden finished as the school’s all-time leading scorer, women or men, with 1,945 points. The most prolific scorer in Seahawk history, Harden added a D3Hoops.com All-Region team pick to her honors as a senior captain. 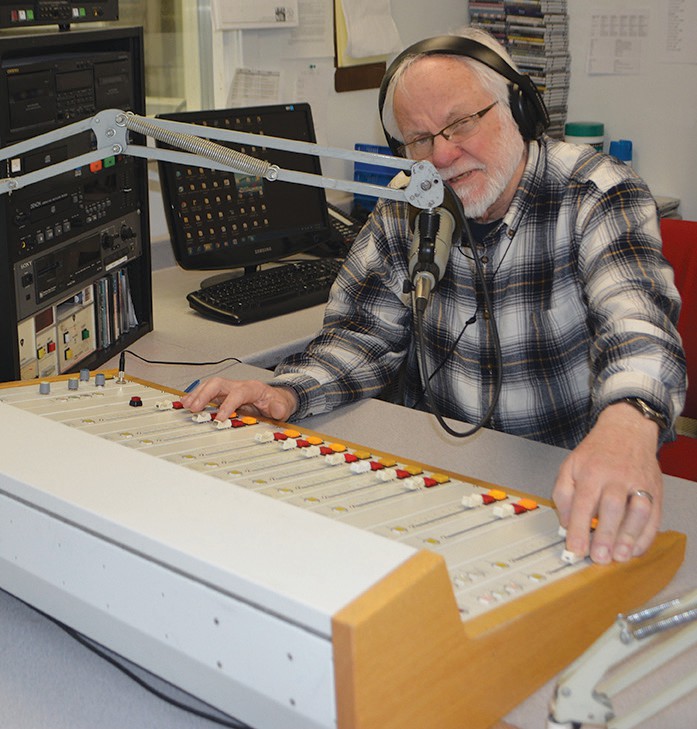 Since 1967, Angel has reigned over the local airwaves from WADK, covering high school and Salve Regina sports. Born and raised in Newport, Rhode Island, Angel is a 2010 inductee into the Rhode Island Radio Hall of Fame — just one of seven Halls-of-Fames for which he has been selected. A seven-time “Rhode Island Sportscaster of the Year,” Angel co-anchors WADK’s Morning Report every weekday. His legendary Seahawk broadcasts include women’s basketball conference championship games at Rogers High School, Colby-Sawyer College and Endicott College. The latter featured a buzzer-beating, three-quarter-court basket from another Athletics Hall of Famer, Allegra Lovoy ’09, just before halftime.

To learn more about the Athletic Hall of Fame, go here.