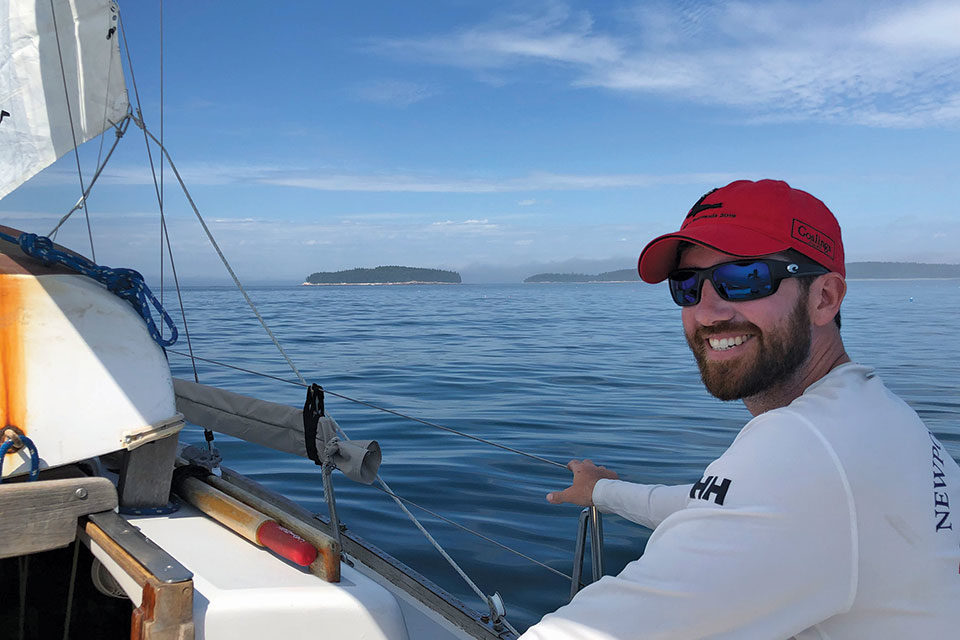 There is a lot to said for blending a successful professional career with an appealing lifestyle rooted in one’s temperament and soul. It’s all about doing what you love, and finding that balance of purpose and passion is, for many, an elusive goal. Within three years of earning his master’s degree at Salve Regina, Adam Cove ’15 (MBA) had moved through the ranks of one of the country’s premiere manufacturers of marine products for sailboats and powerboats to become the company’s CEO at the age of 28.

He is a sailor at heart, doing what he loves. 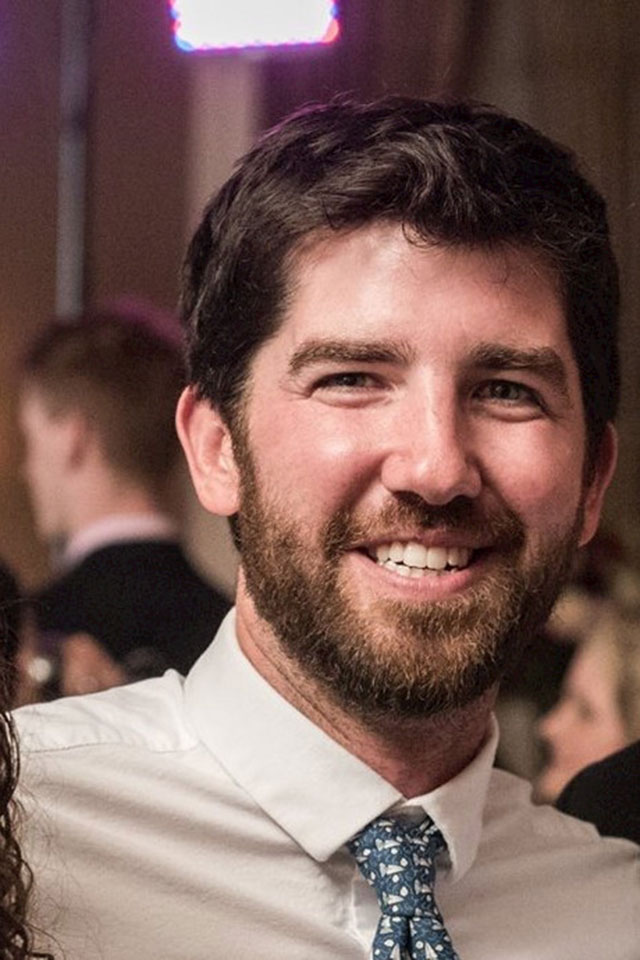 Cove ’15 (MBA) worked his way through the ranks to CEO of Edison International.

The company is Edson International, based in New Bedford, Massachusetts. Founded in 1859 by Jacob Edson, who pioneered a long line of marine products that are largely now taken for granted in the marine marketplace, the business is one of New England’s oldest continuously operating manufacturing companies.

The fit professionally for Cove could not have been more natural. He grew up sailing locally on Cape Cod, where he raced sailboats throughout high school and college and coached the Dennis-Yarmouth Regional High School sailing team. He has worked as a yacht designer, engineer, boatbuilder, rigger and sailmaker. Sailing has always been in his bones. 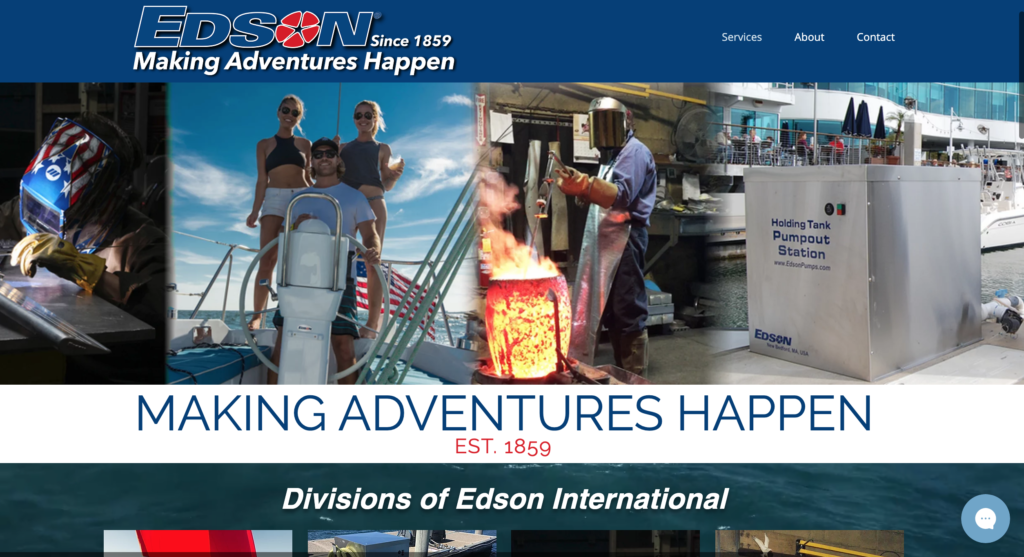 Edison International is the premiere company in the marine industry.

“What brought me to Newport was yacht design,” said Cove. “I was working for Pedrick Yacht Design in downtown Newport, and while I enjoyed engineering, I wanted to expand a bit on my background and my education and be a little more versatile. Eventually, I wanted to run my own business, so going into Salve’s MBA program made a whole lot of sense.”

Edson’s long-time CEO Will Keene essentially handpicked Cove to be his eventual successor, moving him up the corporate ladder and grooming him for the role. The reputation and industry-wide prominence of the 160-year-old company were vital trusts, and Keene made every effort to ensure that they would be well tended once he had relinquished his title.

“Adam has achieved success at every position of the company that he has undertaken, and more importantly, he has earned the respect of his associates as well as Edson’s customers and vendors,” Keene said upon making the appointment official in September 2016.

Volunteering for the good of all through business mentorship and education

Notably, Cove shares his creative appetite and sense of commitment locally with the New Bedford community in a number of volunteer capacities. “I am mentoring through a program called EforAll, or Entrepreneurship for All,” says Cove. “I am one of a number of community leaders who mentor various small-business start-ups and work with these entrepreneurs to help them expand their initiatives and flourish. It’s inspiring.”

Recently Cove joined the board of directors at Sail America, an industry-wide organization created to promote sailing across the country, to support the manufacturers of boats and equipment, and to advance education, awareness and safety within the sport.

Cove also serves on the Regeneration Committee for New Bedford, a volunteer organization dedicated to bettering the city and its environs, as well as the local Economic Development Council. Additionally, he volunteers on what is, essentially, the Recreational Board for the Port of New Bedford, which focuses on recreational craft in the city’s busy harbor.

“I try to stay involved with the community as much as possible,” he remarked. 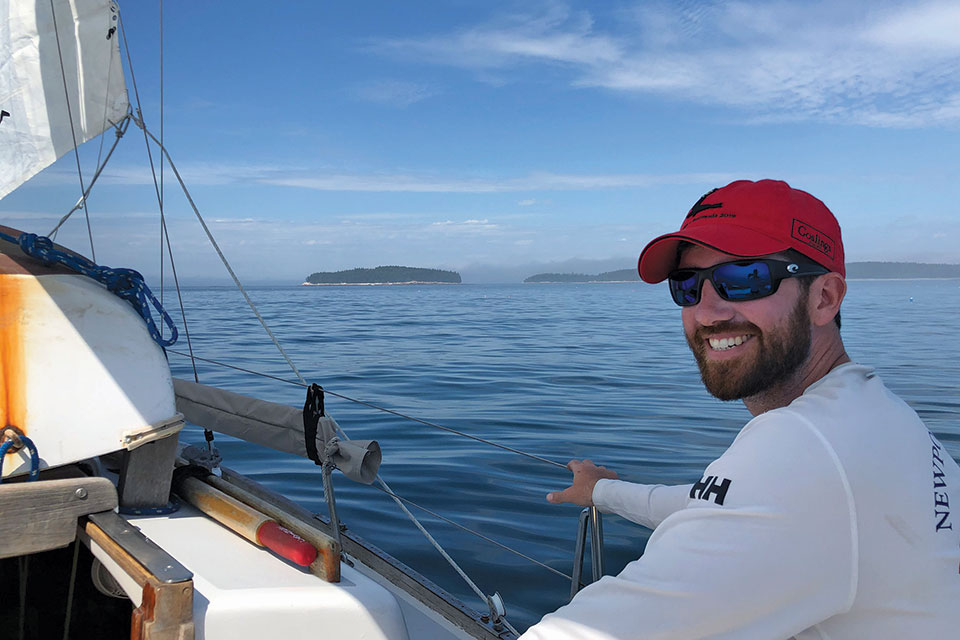 Happily, Cove’s wealth of activities in both professional and civic circles has not dampened his thirst for the outdoors or for being on the water purely for the enjoyment of it. “I do get out on the water,” he said, “though typically it’s on boats at the dock and involves crawling into a customer’s bilge.

“Still, I have opted to spend a little more time cruising on my own boat, a 1969 Luders 33,” he added. “My girlfriend and I will doublehand it, and sail up to Maine or wherever we feel like going when the opportunity arises. We sailed engineless for a few years, and now we have a small electric kicker, so pretty much we’re still engineless. It’s fun.”