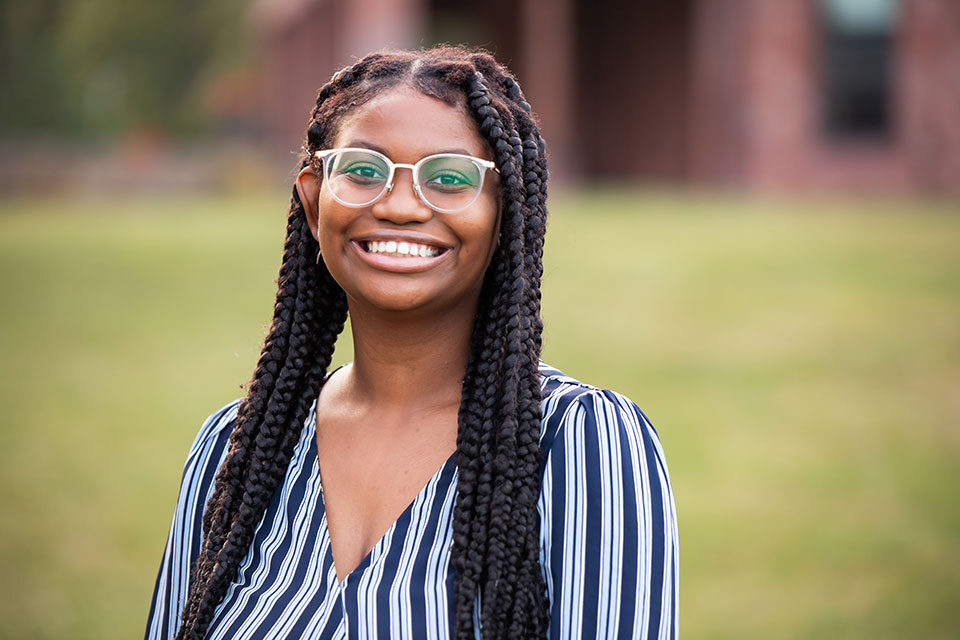 Not many college students have the opportunity to say that they are involved in the Student Government Association (SGA), are double majors, and have a vital voice in leading a conversation about diversity and civility on campus. Ashley Dwyer ‘22 can say she is all of those things.

Double majoring to make a difference

Originally from Hartford, Connecticut, Dwyer had always wanted to make a impact on the world, but she was not entirely sure how she wanted to go about it. While taking classes during her first year at Salve Regina, she was greatly influenced by her professors.

Dr. Fred Zilian, adjunct faculty of history, taught the course POL-120 How to Rule the World, a class focused on public policy and international relations, and she fell in love with political science. Similarly, the course SOA-110 Sociological Imagination with Dr. Todd Mele, adjunct faculty of cultural, environmental and global studies, allowed Dwyer to get hands-on experience conducting social experiments and understand people’s functions in society.

“I love being a double major,” said Dywer. “With political science, I get to know the policies put in place for people, and with sociology, I learn about the people that these policies are being put in place for …. It’s a great balance.” 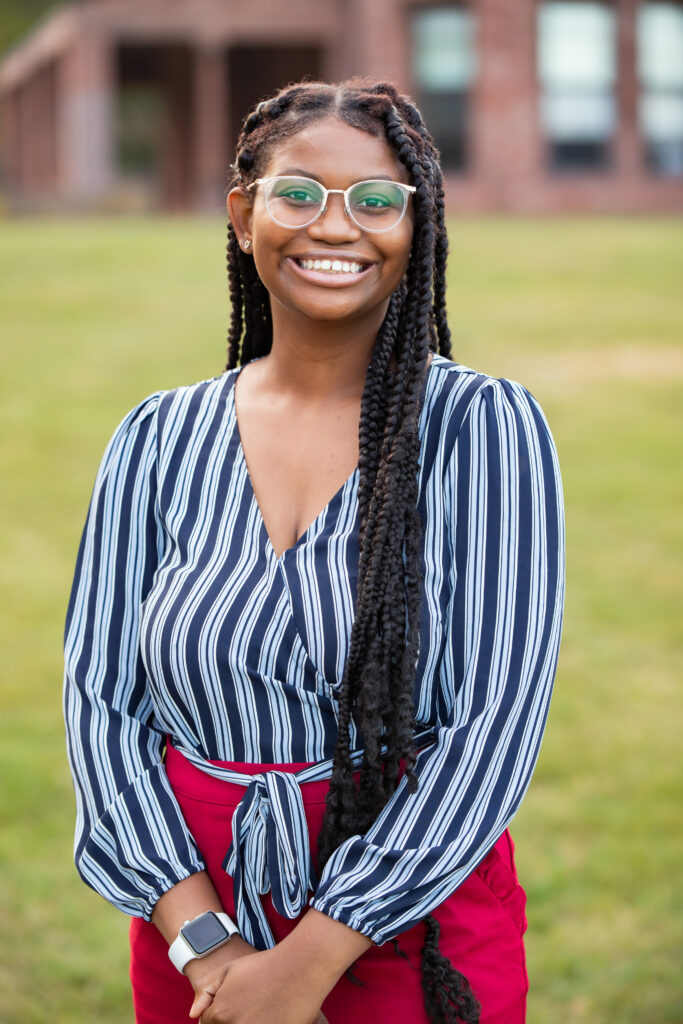 The deal that changed it all

In high school, Dwyer had been involved in myriad clubs and extracurriculars, and she thrived while being a part of several communities. But like many first years in college, Dwyer struggled to find what made her love the University and her community.

Before entering her sophomore year of college, Dwyer had considered transferring to another institution, but her father struck a deal with her. Dwyer’s father, whom she calls her biggest fan, proposed that if she joined extracurriculars and organizations the same way she had as a high schooler, put in the effort towards the community and school, and still did not enjoy Salve Regina by winter break, then she could leave. 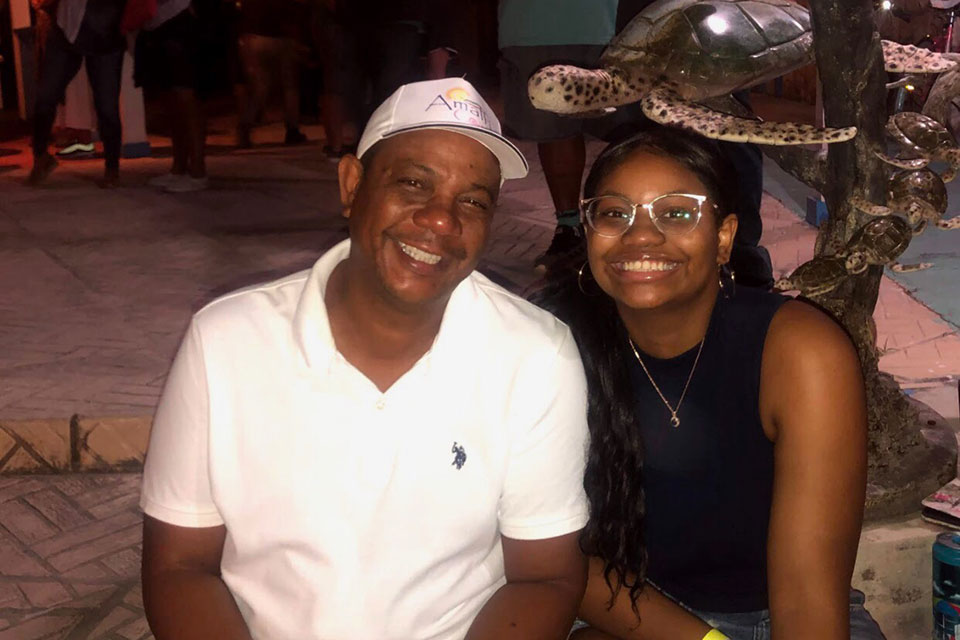 Dwyer pictured with her father.

Dwyer decided to join the Student Government Association as a state senator, she became a service advocate and she applied to be an orientation leader. She’s been a friendly face on campus ever since.

“I found my true purpose by giving back,” she said.

Encouraging diversity and civility on campus

Dwyer started out as a senator in the SGA, but she became the vice president in the 2020-21 year. The SGA vice president expresses that she wants students to know that while she is in a leadership position, she is still a student and understands the struggles.

She went on to explain that Salve Regina is special in that it allows students to collaborate with the administration and the community, and that change is encouraged in a way that a lot of campuses don’t offer to students. 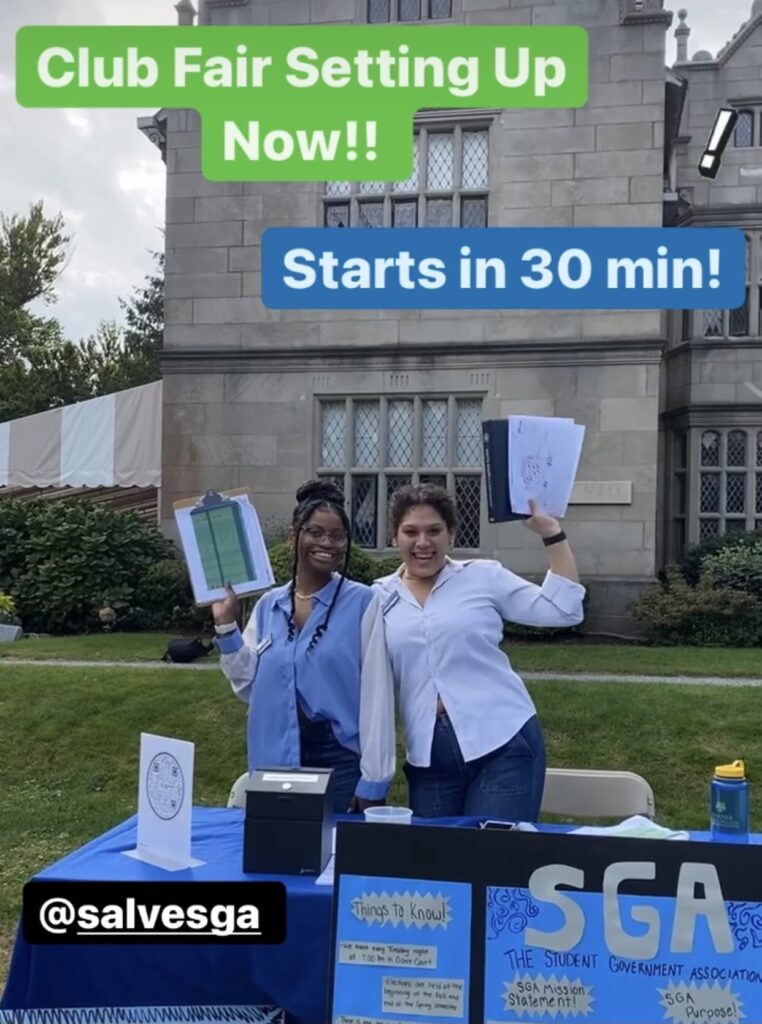 For her leadership position, Dwyer finds inspiration in her aunt. “She was the essence of a strong Black woman,” said Dwyer.

Last year, Dwyer describes that tensions were high as the impending election landed on the same week as midterms. This high-stress environment inspired Dwyer and her team to create a stress buster that gave students different options to destress at Gerety Hall and O’Hare Academic Center amidst the turmoil. Students could watch the debates and live results of the election on the second floor of Gerety Hall in a non-partisan environment, and booths were set up with different calming remedies.

Dwyer has worked tirelessly to build and maintain a community that everyone feels accepted in. This includes assisting in the implementation of civility contracts for clubs and organizations. These agreements certify that no matter the political affiliation, background or color of a person, each student is a vital part of Salve Regina’s community. 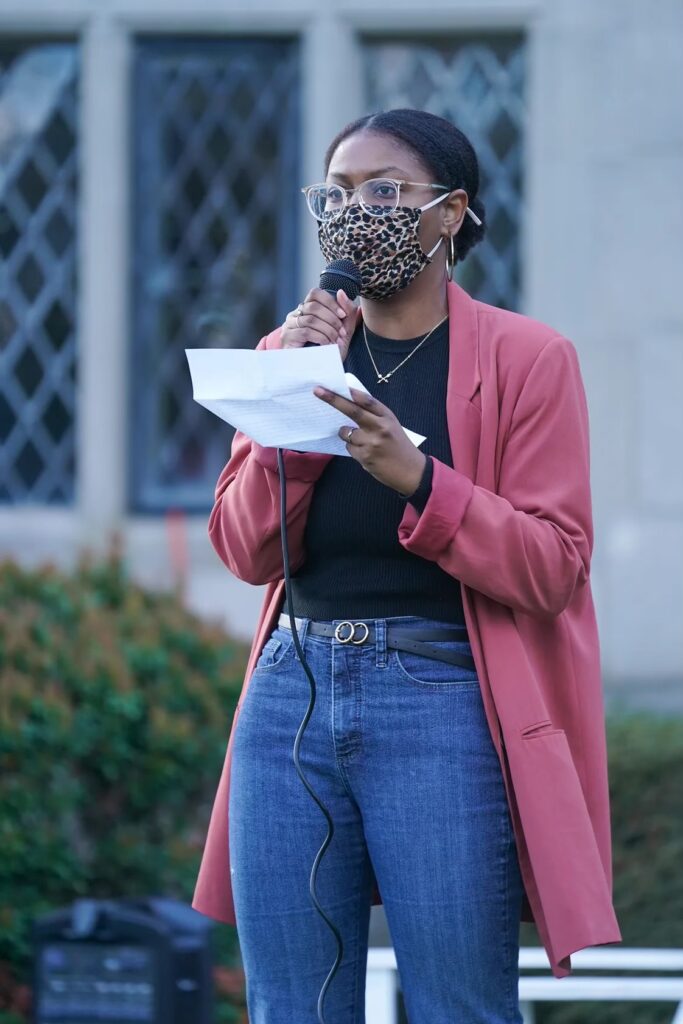 Dwyer spoke at a campus walk for inclusion.

As the SGA vice president, Dwyer also spoke at a campus walk for inclusion, calling for action in the community to welcome diversity and for those who have felt unwelcome to speak up. At the moment, Dwyer and her team have been working with Residence Life to get gender-inclusive housing in the works for future students.

Dwyer’s efforts to improve the communities around her will not cease when she graduates later this year. The senior explained she has always wanted to follow a career in humanitarianism and human rights, and her time at Salve Regina has helped prepare her for whatever does come next. She has learned that she will be happy as long as she is actively part of bringing positive changes and building community.