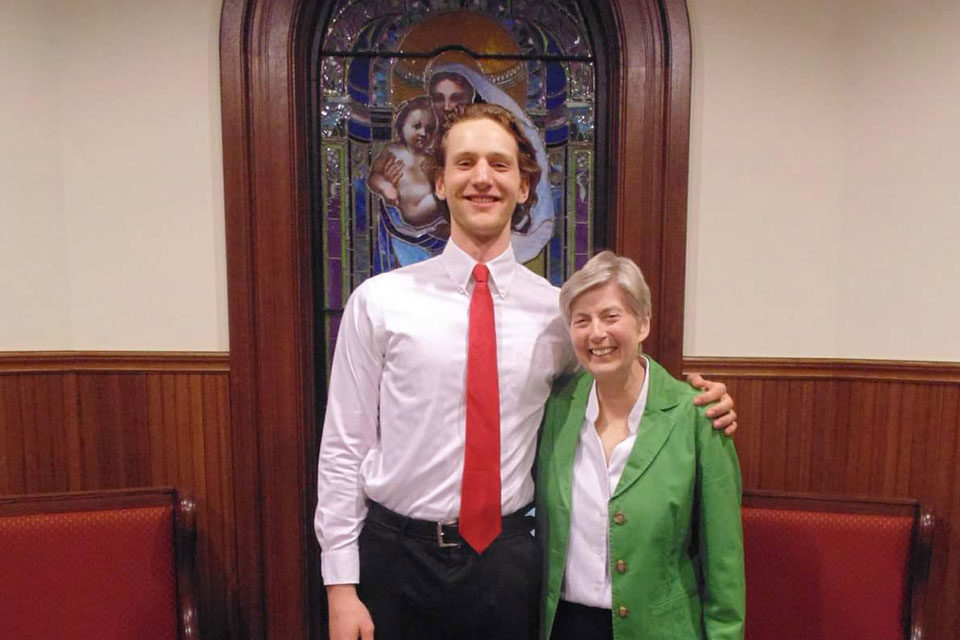 Growing up, Bobby Hartmann ’20 was always a “go with the flow” kind of guy, never having a clear idea of what he wanted to do in life. Excelling at basketball from a young age, he was offered a spot on the Salve Regina men’s basketball team in high school and decided to commit to the school. There wasn’t much more to it at the time.

“In my town, it was normal for everyone to go to college, so I thought I would, too,” Hartmann said. “I thought Salve was a good option for me, and my parents thought it was the best option.” 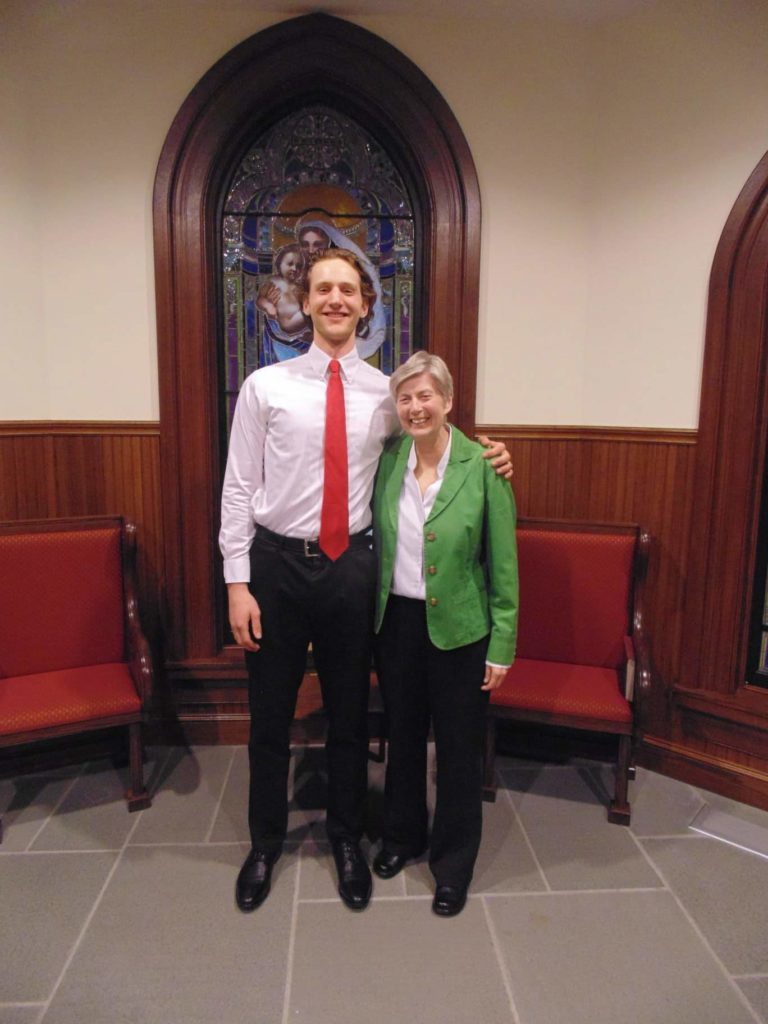 Four years later, Hartmann agrees with his parents that attending Salve Regina was the best thing he could have done. And while he has faced some hard personal struggles during his time here, Salve Regina helped him to find his true calling — changing him into a passionate pursuer of faith and ministry.

Hartmann is a psychology major with a minor in religious and theological studies. He added the minor fall semester of senior year after getting involved with the Mercy Center for Spiritual Life on campus. As a Mercy in Motion team member, an RCIA student catechist, a member of the Dialogue club and an active member of the Our Lady of Mercy Chapel, faith is an important part of his life — but it wasn’t always that way.

The deep disappointment that led to his faith was when Hartmann didn’t make the basketball team again his sophomore year at Salve Regina. He was crushed. When the sport wasn’t a part of his life anymore, he felt as though he had lost a crucial part of himself, and failure was hard to swallow.

“Basketball had become an integrated part of my identity. I was counting on basketball to save me, so when it wasn’t there anymore, I was shattered,” he said. “It forced me to really look inward and find out who I was.”

After years of being agnostic, Hartmann said he began to experience what he calls his “spiritual awakening,” where he began to be open to the idea of faith for the first time in a while. After a lot of frustration, confusion and holding grudges, Hartmann decided it was time for a change. By turning to faith, he began to learn the importance of things like forgiveness, mercy and love. 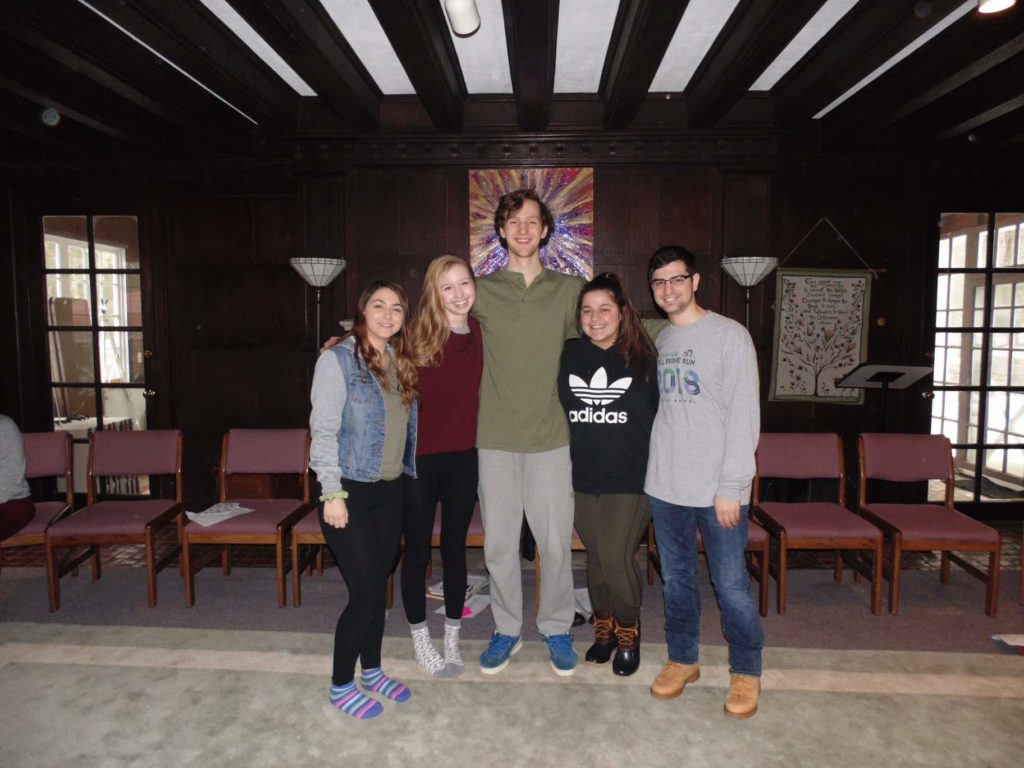 Hartmann with friends inside the Our Lady of Mercy Chapel.

At the beginning of his junior year, he went to the Mercy Center of Spiritual Life for the first time, where he decided to join the RCIA program. RCIA stands for Rite of Christian Initiation for Adults. Run through the Mercy Center, the program is for students who wish to receive the Catholic sacraments of baptism, first communion and/or confirmation. The basic tenets of the faith are taught by the Anna Mae Meyer, director of the Mercy Center for Spiritual Life, and student catechists.

“The program isn’t about checking a box, but instead about deepening your relationship with God,” said Hartmann, who received his confirmation through the classes. RCIA led him to creating deep friendships and a greater appreciation for the Church’s teachings. “The Catholic sacraments can be underemphasized sometimes, but I can testify from personal experience that they are life-changing.”

Hartmann went on to be a student catechist in the program as he grew deeper in his faith. He credits the Mercy Center with giving him his most consistent friendships and mentors on campus.

“[Campus ministers] Anna Mae, Matt and Amy are so friendly, and they have created a place where everyone feels welcome,” he said. He looks up to many professors, too — including Dr. Troy Catterson, associate professor of philosophy, who is always willing to talk even though Hartmann has never had a class with him, and Dr. Peter Colosi, associate professor of philosophy, who is inspiring and authentic in his faith.

Looking forward to a calling in ministry

Hartmann believes that he wouldn’t be who he is his today if it weren’t for his time at Salve Regina. The challenges and let-downs that he faced toward the beginning of his college career led him to where he is today – in a loving, supportive and faith-filled community. The school’s Mercy mission continually reminds him to forgive others, to get to know people for who they are and to continue to seek the truth, no matter what. 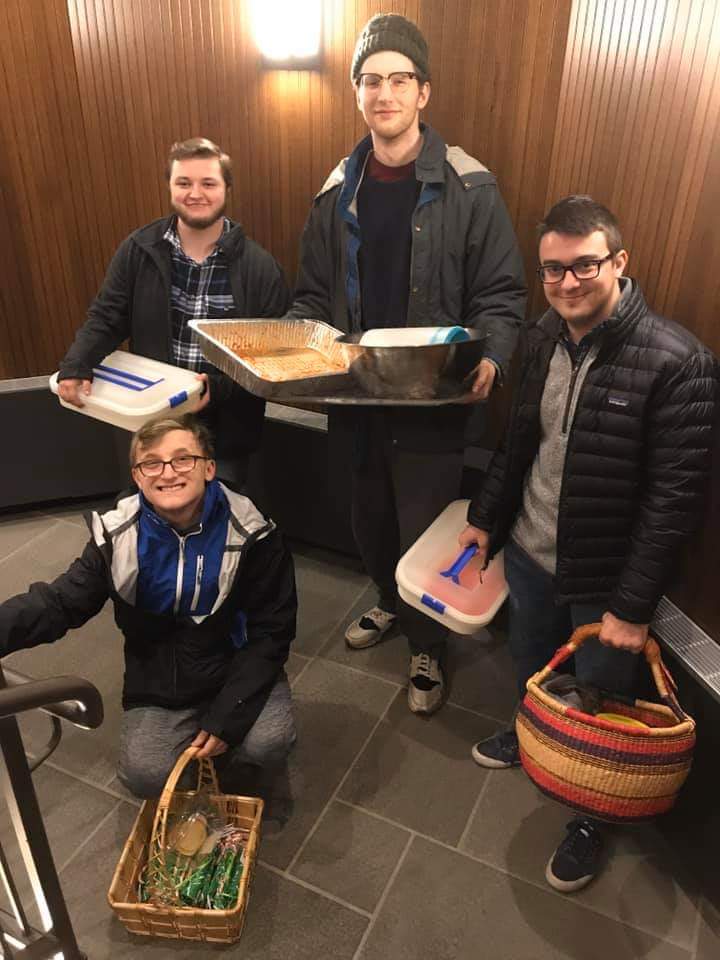 Hartmann with friends doing service to the community.

Reflecting on his four years at Salve Regina, Hartmann feels fortunate for all of the relationships he has built and the lessons he has learned. As for the future, he plans to attend Franciscan University in Steubenville, Ohio, for graduate school, where he will study theology and ministry. He hopes to enter into a ministry position where he can share the faith with people — just how Salve Regina’s ministers did with him.

“I want to be a voice that proclaims the truth,” he said.

Each Thursday, SALVEtoday will provide success stories of current students and alumni to encourage and uplift the University community during this time of remote living and learning. #salvesgotthis #salvesuccess