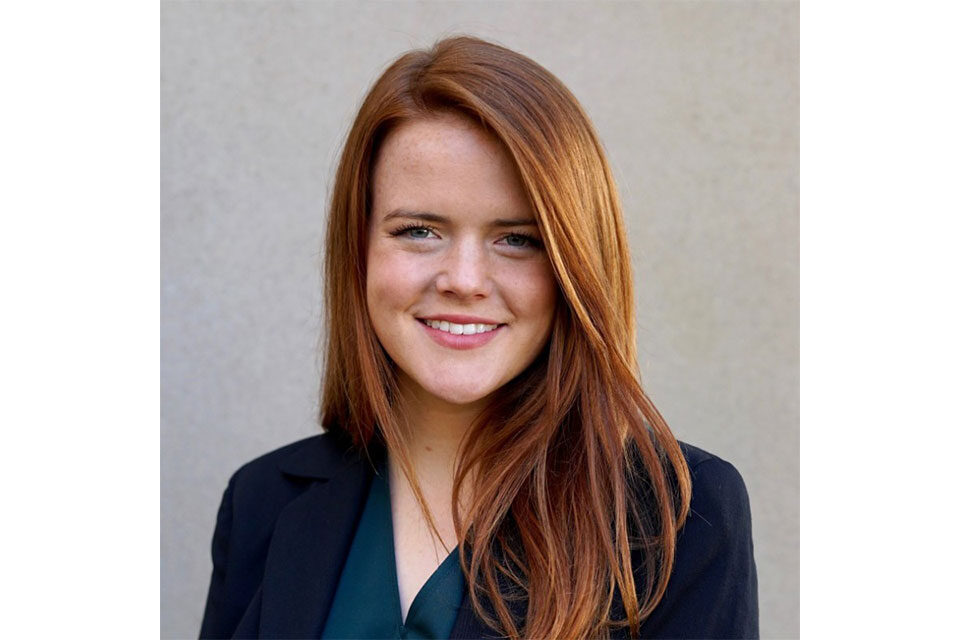 In 2022, Carli Lynch ’20 began working a dream job as a production coordinator for Sony Pictures Imageworks in Los Angeles, California. A proud alumna of Salve Regina, she majored in English communications and minored in film — and she credits the lessons and connections she gained while at the University for enabling her to land such a dream job.

The road to Salve Regina

As a kid, Lynch spent a lot of time in Newport, Rhode Island, and fell in love with the mansions and ocean. She knew about Salve Regina and kept it in the back of her mind, but she decided to take a gap year before making any decisions.

During her year off, Lynch traveled to Hawaii, where she participated in the Worldwide Opportunities on Organic Farms (WWOOF) program. Participants of WWOOF volunteer on organic properties completing farm work while the hosts of the properties provide all food and accommodations like housing.

“You can do it anywhere in the world, really, but you stay on a farm and do work,” Lynch described. “The work kind of varies based on which farm you are at, but it was a good way to travel and learn about a place through its land.” 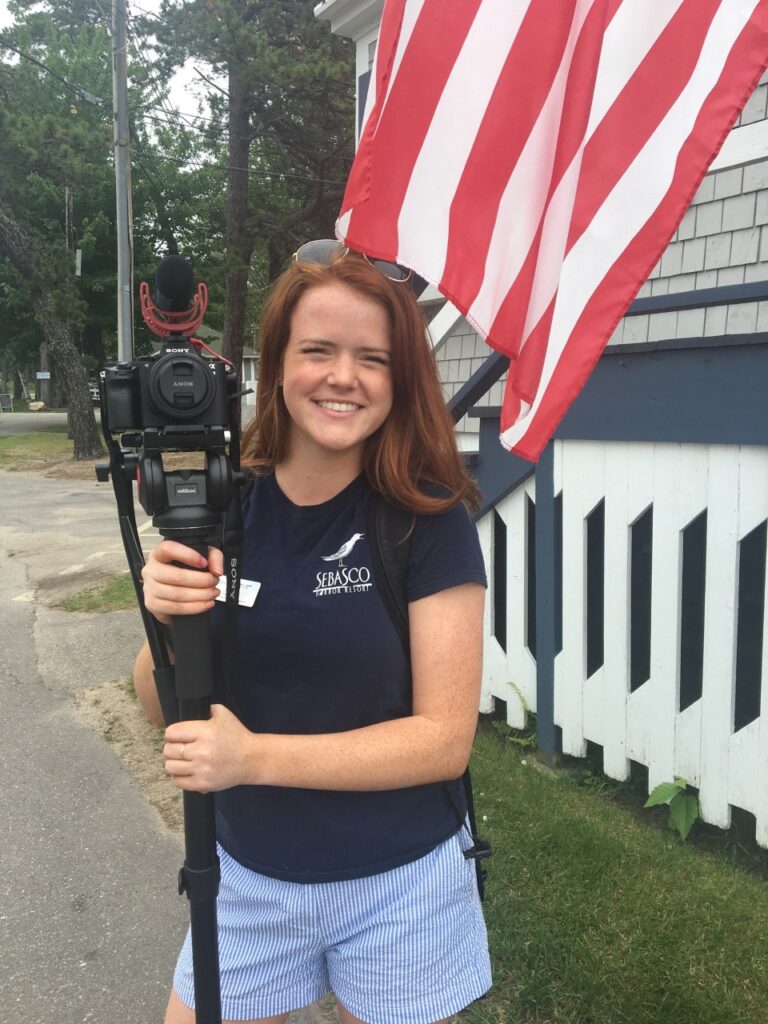 Carli Lynch ’20 came to Salve Regina as an English communications major with a minor in film.

After her time in Hawaii, Lynch traveled back to Newport to attend Salve Regina.

“I decided I wanted to go to Salve, because I had heard there is a film minor, and then … I met people at orientation, and I was like, ‘Okay, I can make this work,’” said Lynch. “There’s a film production club called Salve Studios, so that was a big thing for me was finding those little extracurricular activities that I could really dive into.”

Lynch was a very active student and took advantage of all the programs that Salve Regina had to offer in relation to her passion for film. As a first year year, she became a member of Salve Studios, and she was the president her sophomore, junior and senior years.

Lynch met James McGuire, adjunct faculty in the department of English Communications and Media, who quickly became her mentor. 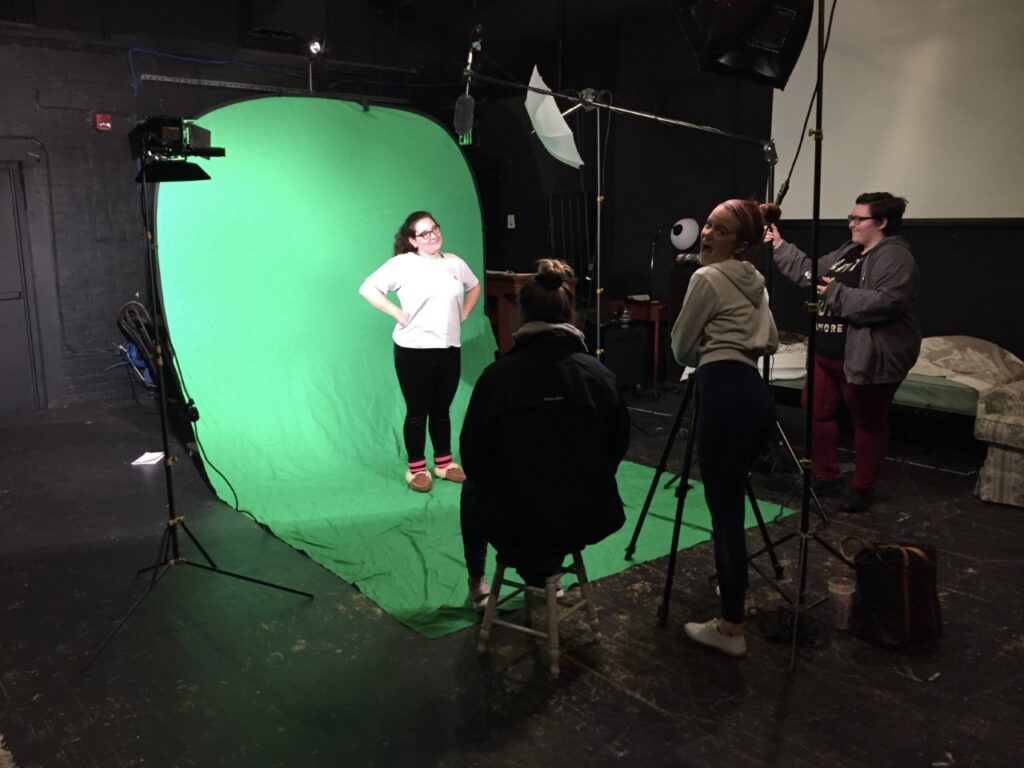 Lynch was president of Salve Studios, the film production club on campus.

“He took me under his wing, and I did a lot of filming for Salve’s website videos and other things,” said Lynch. “As I progressed in school each year, I got to do more and more — which was pretty cool.”

She got to work closely with Salve Regina’s strategic communications office to produce video content, where she managed, produced and edited video content for admissions, alumni programs and student organizations.

Directly out of college, Lynch did freelance photography and videography editing. She decided to move out to L.A. to pursue her career, where she began working at a photography studio. While out there, McGuire used his connections to get her resume into Sony Picture Imageworks, and she began working as a production coordinator.

“I would say Salve directly helped me get this job, and it’s definitely been great,” said Lynch. “Even though I’ve definitely learned a ton of new stuff, I think a lot still applies from things that I learned while working at Salve.”

Currently, Lynch is working on her first animated film: “Spider-Man: Across the Spider-Verse.” She is in charge of client and producer schedules while also managing the six-person production assistant team. Through her job, Lynch is able to watch the process of developing a film from start to finish. She is usually interacting with directors, producers and supervisors getting to hear their ideas on how to make the film look its best. 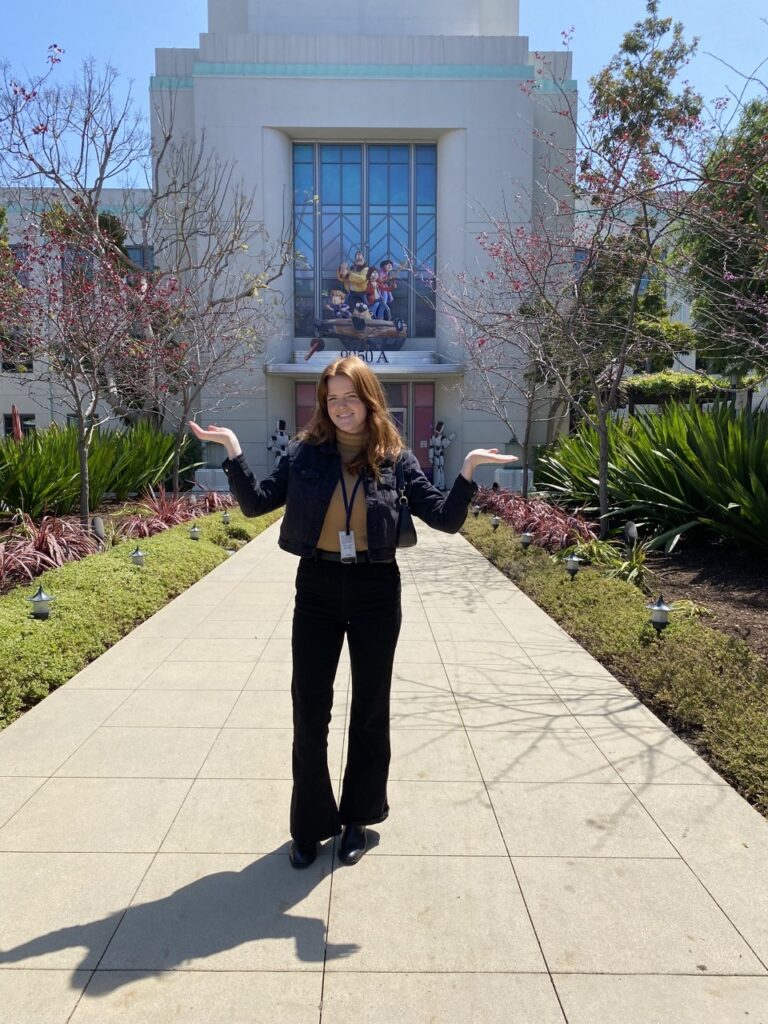 “I get to sit in reviews with the directors, and I get to see the actual process of what they’re doing and the feedback they give — so that’s a really cool experience,” said Lynch.

In the future, Lynch hopes to remain in the filming industry and possibly branch out to more niche audiences as well.

“I definitely want to be part of the film industry in any capacity — even if it’s at a smaller scale as I get older,” said Lynch. “I think that would be my goal, just keep creating and feeling like I’m part of a creative process even if it’s on the production side.”

No matter where she end up in her creative journey, Lynch will always appreciate her educational time at Salve Regina, which did indeed end up for preparing her for the role of a lifetime. 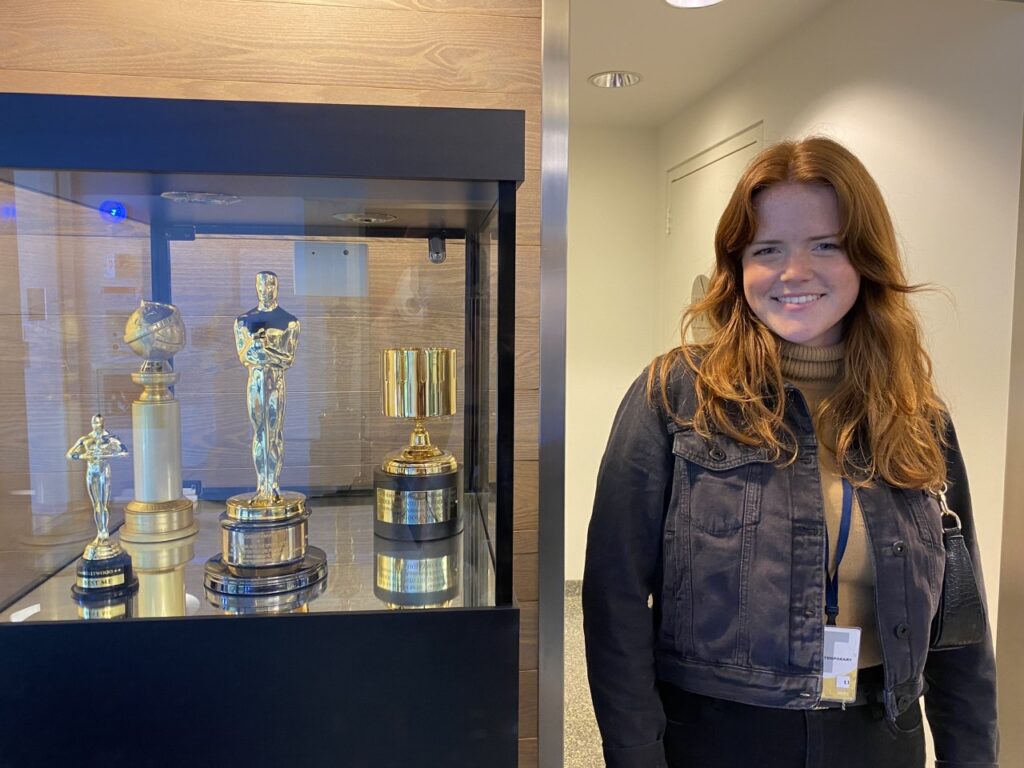