Salve Success: Cheyenne Boyd ’16 is a 737 pilot for Southwest Airlines 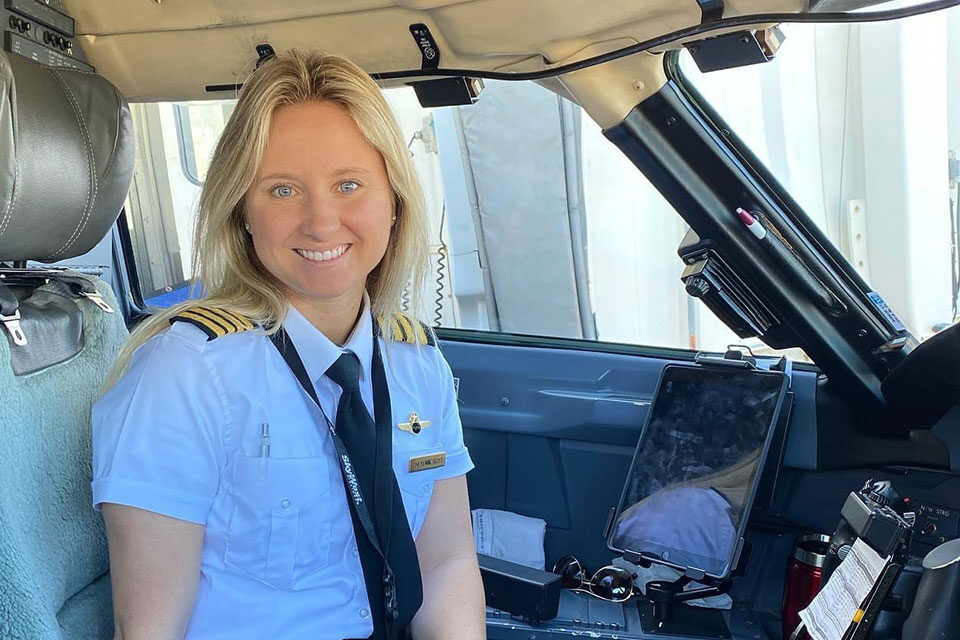 For Cheyenne Boyd ’16, the sky has truly become her limit. After years of training and studying, Boyd is now a 737 pilot for Southwest Airlines.

It’s clear she’s not afraid of hard work. While at Salve Regina, Boyd earned her bachelor’s degree by being a triple major in global business and economics, financial management, and business administration. This work ethic continues to pay off, as Boyd represents one of the few females in a male-dominated industry — something she is passionate about changing in the future.

From Arizona to Rhode Island

Born and raised in Arizona, Boyd had an active childhood and participated in soccer and swimming. When a skating rink opening up by her house, Boyd’s parents put her in ice hockey when she was five years old. She fell in love with the sport, and her parents loved the luxury of the air conditioner during the sweltering heat of Arizona.

When Boyd started looking at colleges, she knew that she wanted to continue playing ice hockey, but it wasn’t offered at schools on the West Coast. This caused her to branch out and look at schools on the East Coast, and she discovered Salve Regina.

“I got to meet the hockey team there,” said Boyd. “It was a favorite school and had a beautiful campus, and they had the majors that I wanted.” 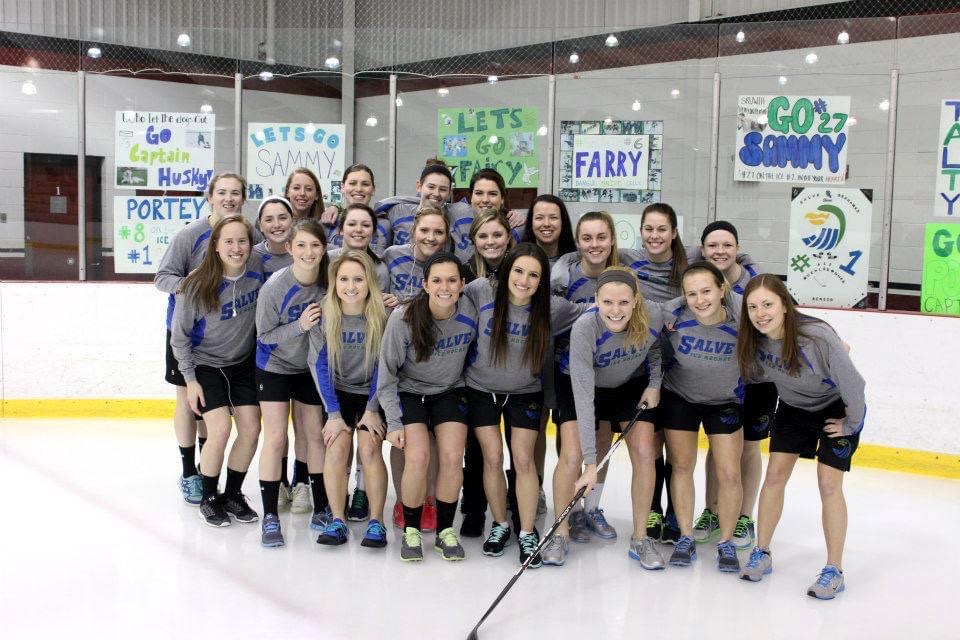 Cheyenne Boyd ’16 was on the women’s hockey team while at Salve Regina. 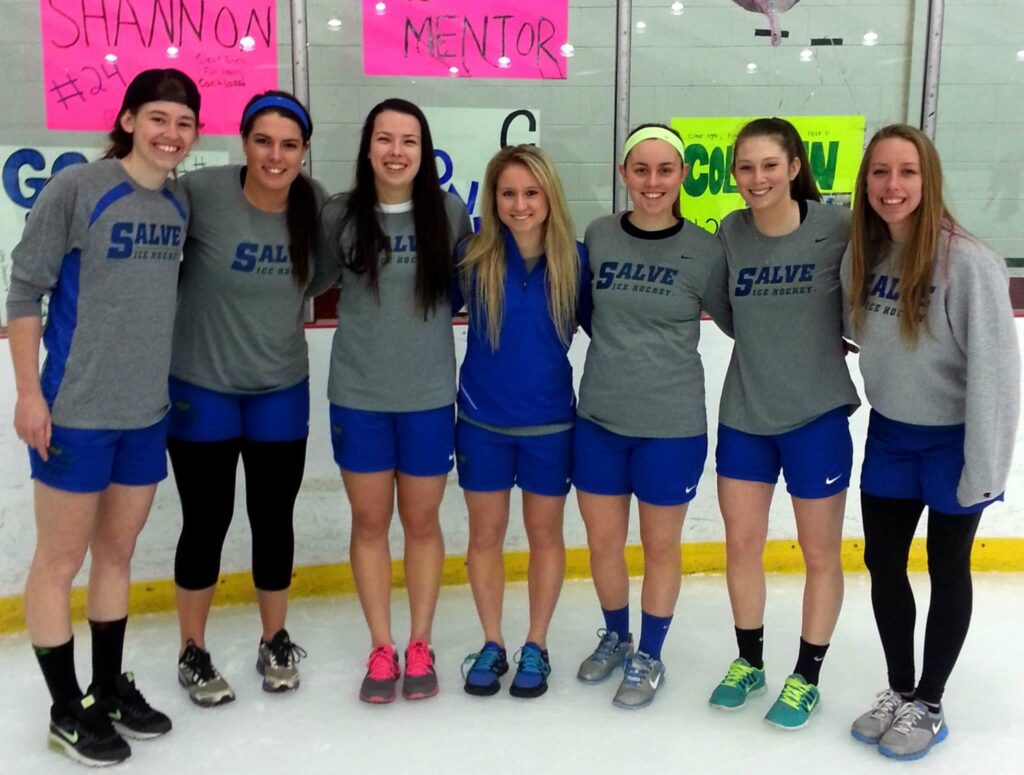 For Boyd, moving to Newport, Rhode Island, was a huge culture shock, because she didn’t know anyone before coming to Salve Regina. However, she quickly got close with the hockey team and lived with her teammates for her junior and senior year. Boyd has many fond memories from her time on the ice hockey team, and these are the experiences from Salve Regina that she cherishes the most.

“We were super close,” Boyd described. “On bus rides, we always had little superstitions where we all had to sit in the same seat.”

While Boyd was a full-time undergraduate student at Salve Regina, she was also working on becoming a pilot. Boyd has been flying under supervision for decades, and she completed her first official flight when she was just 10 years old in 2004. Her dad was a pilot, and his career is what inspired hers.

“I always loved it,” said Boyd. “It’s something that’s challenging and that I’m passionate about.”

During the summers when Boyd wasn’t completing her undergraduate degree, she was taking flight classes. Once she graduated from Salve Regina, Boyd packed up her car and drove to Florida to complete her flight instructor training. 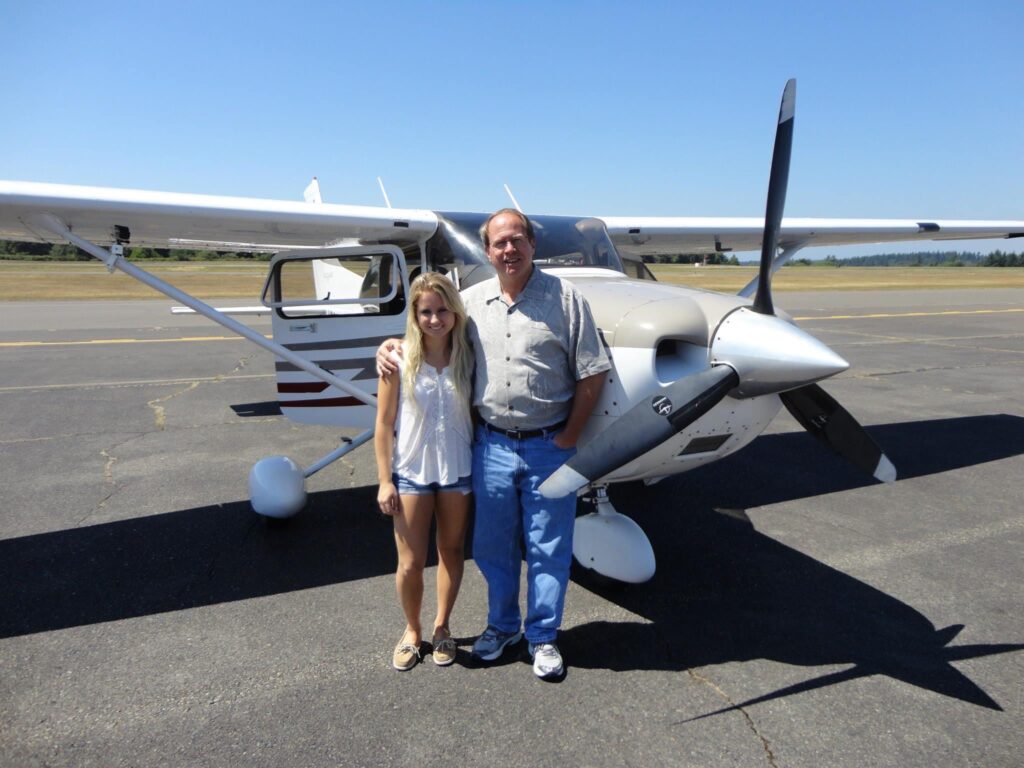 Boyd took her first flight lesson in 2004 when she was just 10 years old, inspired by her dad’s career as a pilot.

As a flight instructor, Boyd faced many challenges, but she was thankful for her time at Salve Regina for preparing her to be self sufficient.

“While I don’t have a career in [my majors], I still use … what I learned in those college classes,” said Boyd. “It’s everything I brought with me from my college experience: Four years living so far away from home and really growing up over that allowed me to flourish into whatever path I took. And my path became a flight instructor and a pilot.”

Boyd’s dedication to becoming the best pilot she can be finally led Boyd to get a job flying for her first major airline, Southwest Airlines, as a 737 pilot. This means she will fly commercial planes instead of smaller private jets.

“I used to get made fun of for always having a 10-year plan, so it’s funny how it worked out that I wanted to be a pilot when I was 18, and I just turned 28,” said Boyd. “So it was 10 years in the making. Every step along the way I worked hard, and I appreciated every step.”

The Sisters of Mercy’s critical concern of women

Boyd is thrilled to begin her dream job and understands the impact and importance of being a female in a male-dominated industry. This is an important issue for her, and it aligns with the critical concerns of mercy that she learned about while attending Salve Regina, especially in regards to women.

“I think one of the coolest things is that only I believe 4.7% of pilots are female, and I knew maybe two female pilots my whole life,” she said. “Growing up and my dad being in aviation, I got to do a lot of things like Women in the Aviation, which is a program where other female aviators do events together.” 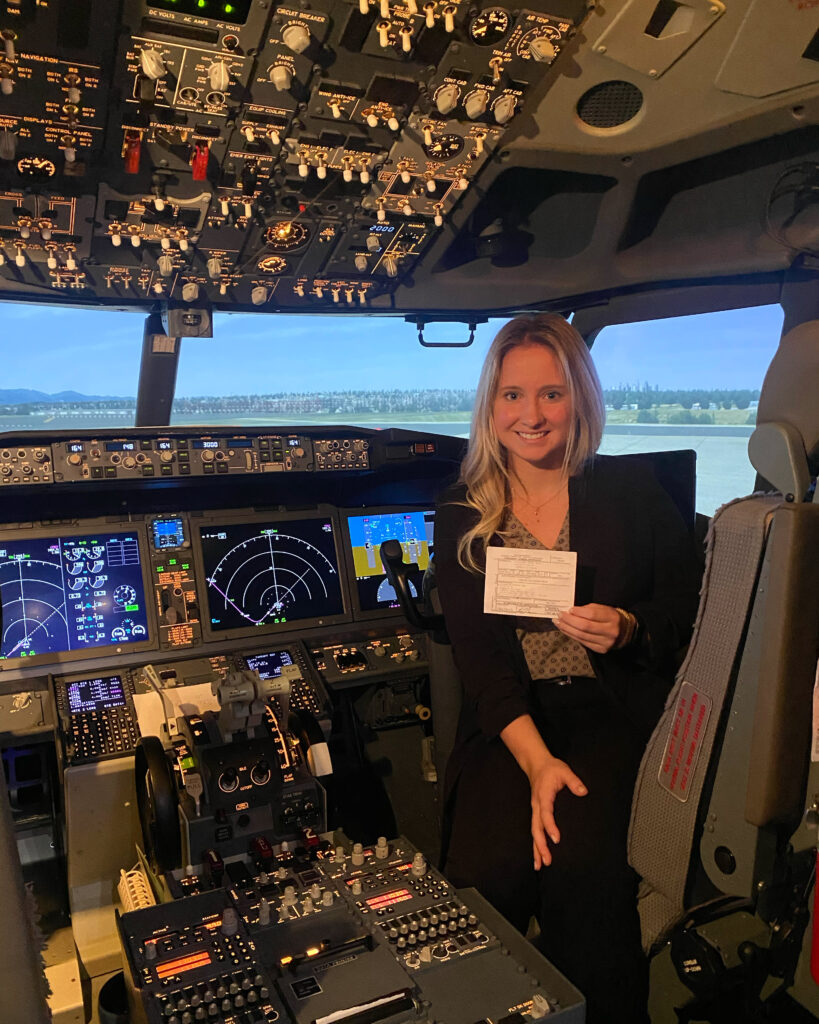 Boyd hopes to inspire other children, especially young girls, that they, too, can become pilots.

“Whenever a little kid comes up to see the flight deck, I let them sit in the seat — and especially if they’re female, I’m like ‘You know, you could do this in 10-15 years,’” Boyd described. “And they’re like ‘Oh, I never really thought about that.’ So it’s cool to help them see themselves doing something they might not’ve seen themselves doing before.”

In the future, Boyd hopes to one day become a captain at the airline like her father was when he was a pilot. She is also looking forward to a long career and finally getting to enjoy the dream job that she worked hard to achieve. 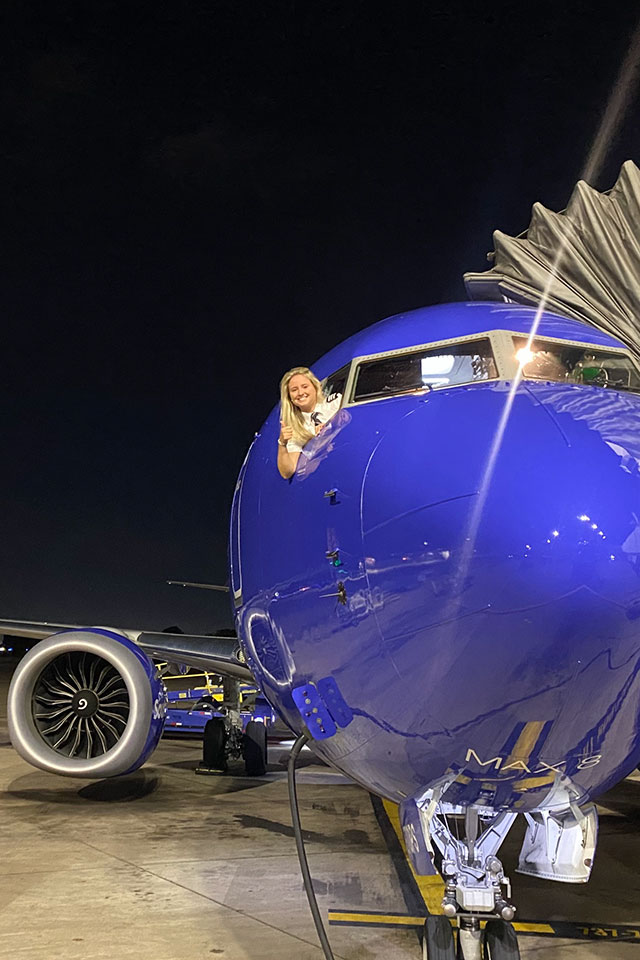