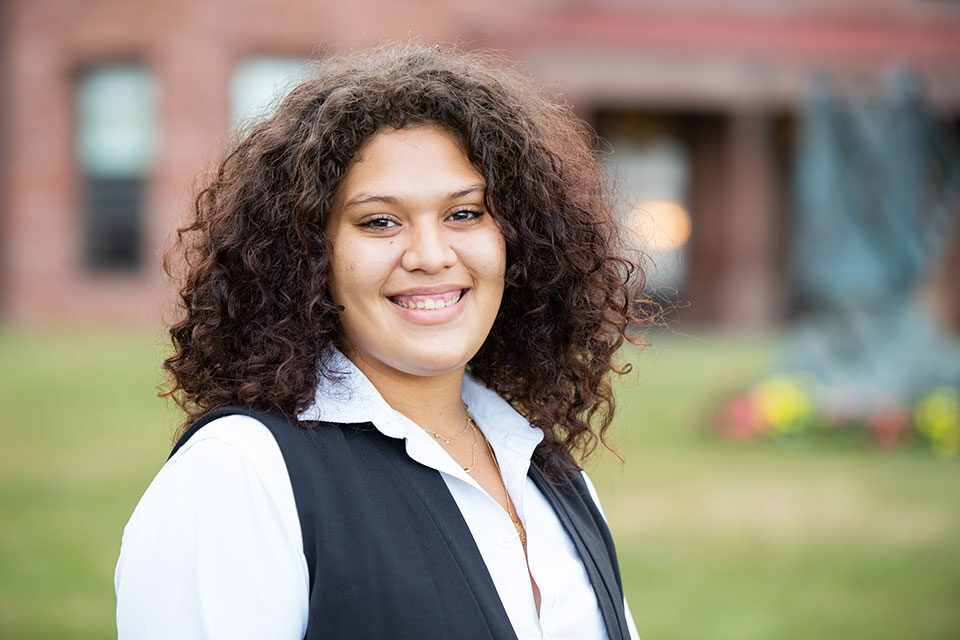 “The biggest advice I’d give to anyone, but especially to those entering a new chapter in their lives, is to not be afraid to make noise. What you believe in and what you choose to stand for in these next four years will impact how you show up in your life. Show up as someone willing and ready to fight for what you’re passionate about. Advocating for social justice issues or any other global affairs issues does not make you a know-it-all or loud-mouth or even annoying. It makes you powerful and compassionate and an incredible leader.”

This quote is from the speech that Izabella I. Solivan ’22 gave in September at Salve Regina’s opening Convocation for the 2020-21 academic year as the new president of the Student Government Association (SGA).

It’s clear that Solivan’s words, along with her unique life story and passion to make positive change at Salve Regina as the president of SGA, will help bring important conversations around diversity and inclusion to the forefront of the University.

Choosing Salve Regina, being a minority on campus

Solivan, who is a global studies major with a concentration in global business and economics, was raised in Puerto Rico. She now lives in Hartford, Connecticut. While the county surrounding Hartford is predominantly white, Hartford itself has an incredibly diverse population, and Solivan was fortunate enough to go to a high school that was rich with cultural diversity.

“It became very easy to be immersed in your culture every single day,” she shared of her experience in high school.

Solivan’s family had vacationed in Newport, Rhode Island, and Solivan was familiar with Salve Regina. So when it came to deciding about where to attend college, she definitely looked at other schools — but Salve Regina ultimately stood out.

“Salve kind of fit every single piece from having just an incredible community here to a great location and just having lots of majors I was interested in,” said Solivan. “It just kind of clicked. Salve has a way of doing that.”

While Solivan loves Salve Regina, being a minority within a white majority on campus has had its challenges — which she has spoken out about since the beginning of her time here.

“Being on campus every single day, you’re constantly reminded of being an other, of being outside,” she said. “A lot of people don’t want to speak up about that. They would prefer to just blend in, just want to get through four years and then be done. But in my reality … I don’t get to wake up one day and pretend that [racism] doesn’t exist.” 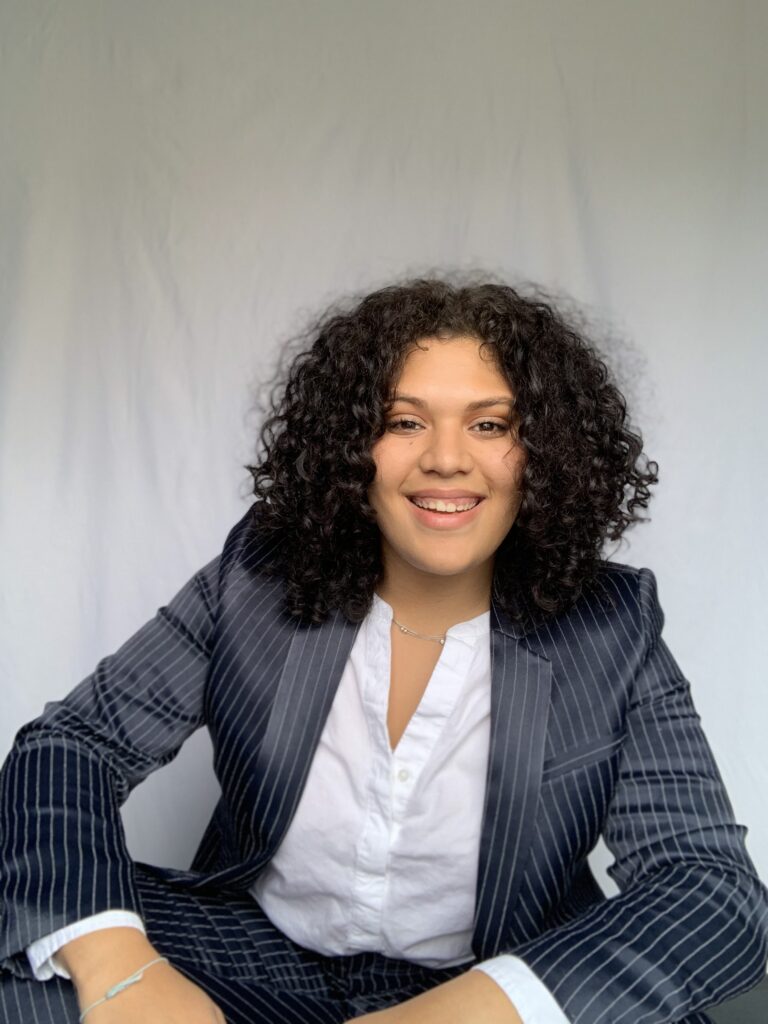 Ever since Solivan stepped onto Salve Regina’s campus, she hasn’t hesitated to speak out about the things she hopes to improve. From day one, she’s always given back and served during her time at Salve Regina, and she has found plenty of opportunities to speak into and shape Salve Regina’s culture.

She’s been active in the SGA since her first year. She’s also a RA, as well as a senior logistics coordinator for orientation for incoming first years. She’s a student ambassador for admissions during the summertime, where she gives tours to prospective students, and she’s also involved in Office of Multicultural Programs and Retention, as well as a couple task forces for equity and inclusion. She was most recently asked to join the newly formed Presidential Commission on Equity and Inclusion, which she will be part of for her last two years here at Salve Regina.

On top of all of this, Solivan is now the new president of SGA. She originally started in SGA as one of the senators her first year at Salve Regina, and she moved into the chief of justice position her sophomore year.

“SGA oversees every single club here on campus. Where they get money, where they get rooms, scheduling, making sure conduct is going great in clubs, starting new clubs—everything is overseen by SGA,” Solivan described. “So they have a direct link not only to the student body, but to the administration. So I personally will meet with cabinet members, as well as trustee members, as well as the president of the University.”

At the end of her sophomore year, Solivan ran for president—and she won. In fact, every person on the executive board is a minority this year, which has been unheard of in Salve Regina’s history thus far.

“I feel very honored and humbled by this experience,” said Solivan. “To be part of a club that has such a high link, as well as be a part of an executive board that is the majority women of color …. I’m happy to be in this position, and I don’t want to mess it up.”

Envisioning a more diverse future for Salve Regina and the world

According to Solivan, the executive board for SGA have hit the ground running and are ready to make positive changes. Her executive board shares many different majors — from social work to administration of justice to biology, and Solivan believes this broad range of interests will help shape the way that SGA operates.

“There’s so many different things that we’re involved in and so many areas that we can impact change, and that’s kind of our goal this year,” she said. “In the past … I teamed up with the secretary at the time, and we wrote a diversity initiative to be implemented on campus. I’m working with Dr. Armstrong to have a diversity summit about equity and inclusion, and we’re looking to incorporate diversity training among our faculty.”

To Solivan, all of the hands-on experience that each member of the SGA is getting will help shape not just Salve Regina, but the future of these college students as they go out into the world post-graduation. She is also adamant in pointing out that while the SGA executive board is made up of minorities, they are committed to being a voice for every single student on campus. Everyone can learn from each other, no matter their background.

“If we can get students here on campus to advocate not only for themselves but for the things that they believe in … they’re going to do that here, and then they’re going to go and do that in their lives once they leave here,” Solivan concluded. “How many ripples does that create? It’s insane. So our goal is to be the change we want to see in the world.”

SGA meetings are open to all students to attend to have their voices hears. They happen each Tuesdays at 7 p.m. in Antone Lecture Hall, both in person and over WebEx. 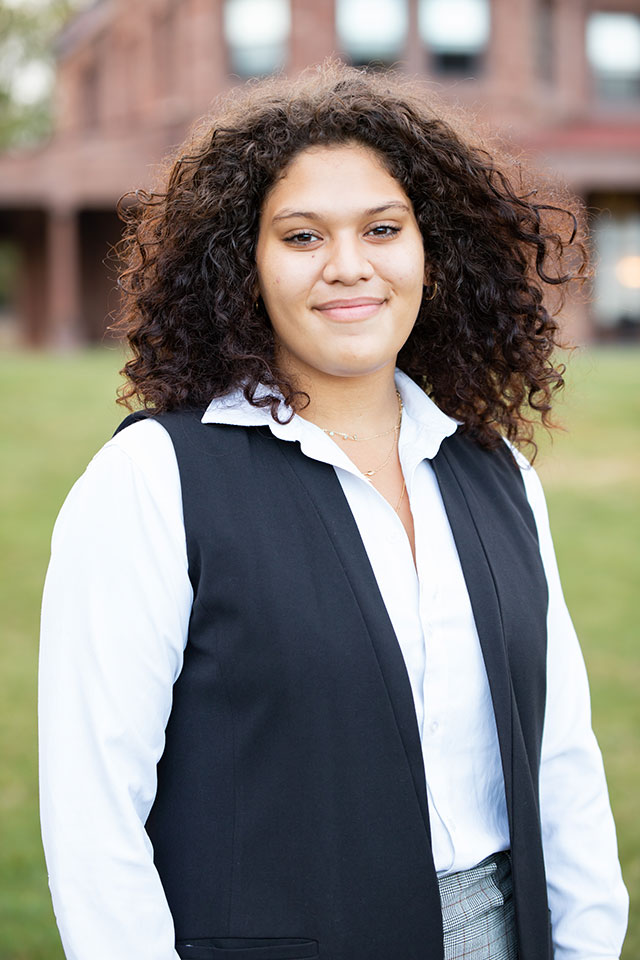