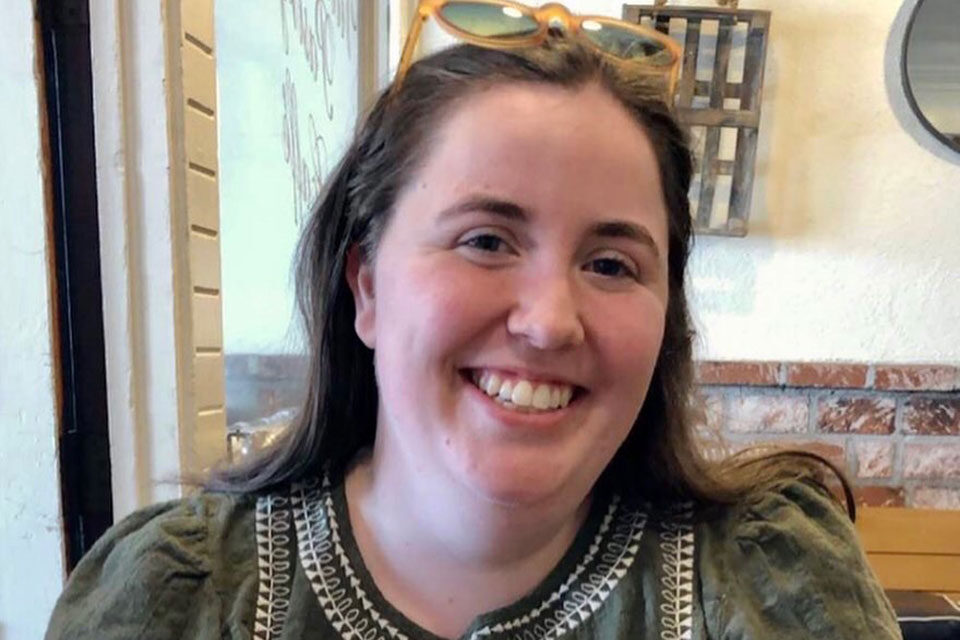 From presenting at an international psychology conference to helping at-risk teens avoid suicide to late nights editing works of poetry — Jane Greenip ’22, who is currently pursuing a major in psychology with a minor in creative writing, works diligently to balance her love of both the arts and psychology.

Thriving in both the arts and psychology

But Greenip is also in love with developmental psychology. She’s taking classes with Dr. Oyenike Balogun-Mwangi, assistant professor in the Department of Psychology and McAuley Scholar. Greenip hopes to someday work with children and assist them during pivotal developmental stages.

“I’ve taken nearly every class with her,” Greenip said. “Dr. B’s classes are the main reason why I want to work with kids.” 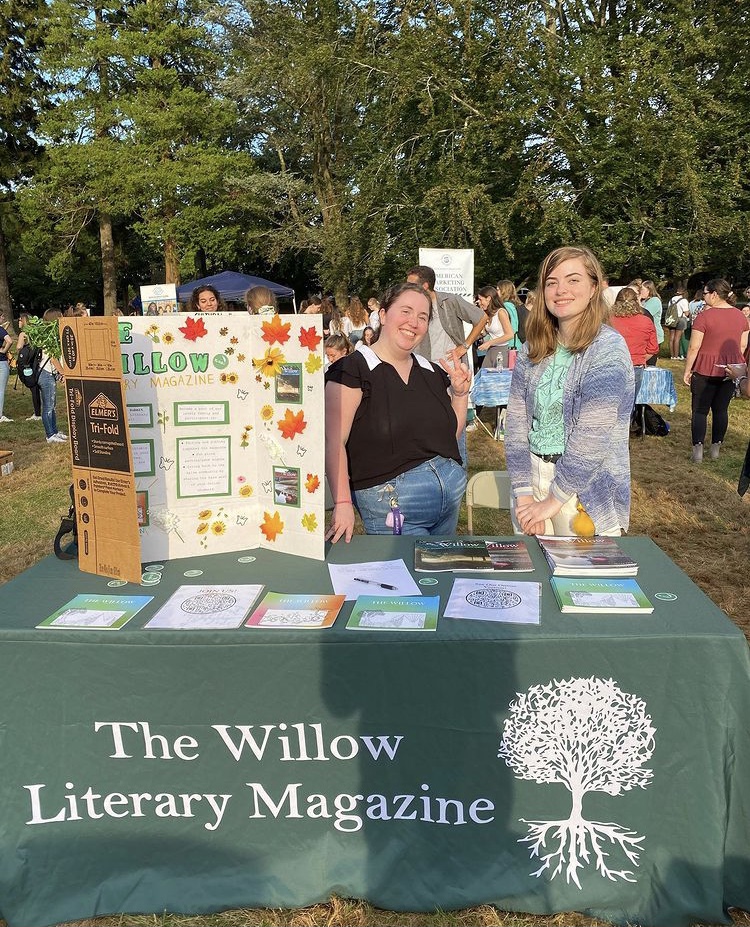 Greenip is the editor-in-chief of the Willow Literary Magazine.

Crossing cultures with television and psychology

Greenip has also presented at the Biennial Conference of the Asian Association of Social Psychology, a prestigious international conference in the field of psychology.

During a course called PSY-290 Cross-Cultural Psychology with Dr. Balogun-Mwangi, Greenip wrote a research paper on the differences between a Western and Asian interpretation of the same murder mystery television show. Using her love of storytelling and creativity, she also put her scientific eyes on the topic and described how the different adaptations indicated cultural differences in collectivism, individualism and gender differences.

When Greenip submitted her work in December 2020, she knew her work had been done on an untapped area of study, uniquely combining the arts with psychology. The then-junior thought she could take the research further, and Dr. Balogun-Mwangi agreed.

Delving more into her research throughout the spring and summer of 2021, Greenip rewatched two murder mystery series in their entirety, refined her points and met routinely with Dr. Balogun-Mwangi. Greenip needed to condense her piece into a two-minute presentation to meet the requirements of the Biennial Conference of the Asian Association of Social Psychology, as well as create a concise poster. 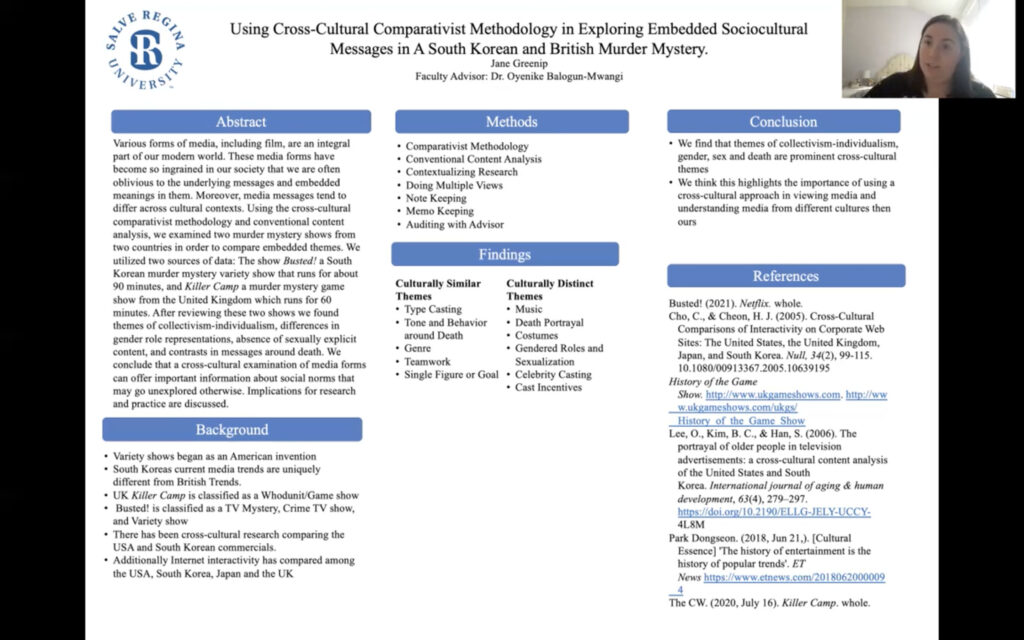 The poster that Greenip created to present to the Biennial Conference of the Asian Association of Social Psychology.

All of Greenip’s writing and creative abilities were put to the test during this time, and she knows how valuable her ability to communicate through the written word is. She felt a lot of pressure to come across as professional and knowledgeable as possible while presenting at the undergraduate level.

“It was stressful, because I wanted to make sure everything made sense and was very clear,” she said. “Because I was presenting to a very large audience of people about their culture, I was very careful to make sure I was as culturally accurate as possible, too.”

Greenip’s presentation aired online for conference members to view on July 31, 2021. Reflecting on the opportunity, she is satisfied knowing she trusted her instincts to look into a very minimally researched topic that combined entertainment and art with her love of STEM, and she recommends other students trust their potentials connections across seemingly unrelated interests.

“If you’re really passionate about your idea, and you really know that you can do something with it, then it’s worth doing,” she said. “Don’t be scared to talk to your professors to help you get this research done or pick topics that people normally wouldn’t consider. It may be a concept that helps development in the future.”

A love of writing, providing support to local teens

Greenip is also currently doing an internship at a suicide prevention program in Portsmouth, Rhode Island. At her internship, Greenip assists teens with tips for suicide prevention and creates programs for them to prepare for life after high school. Using her passion of creative writing, Greenip provides the teens with an outlet through creative writing exercises in addition to teaching them financial literacy, resume skills and interviewing strategies.

“The teens we work with really enjoy when we suggest creative writing to them,” Greenip[ said. “It’s a really good outlet that they can use to express themselves, get their feelings out while also still being private, because being creative doesn’t have to be exactly what’s happening with them. It can be a fantasy story or a really good way to just escape from everything.”

Greenip hopes to continue using her passion for creative writing with her love of psychology. Her experience with the suicide prevention program has shown her beneficial results with her own eyes. Her experience at her internship has also strengthened her writing abilities. She explained that it motivates her to be a stronger writer and has pushed her to continue research projects that combine diverse interests. 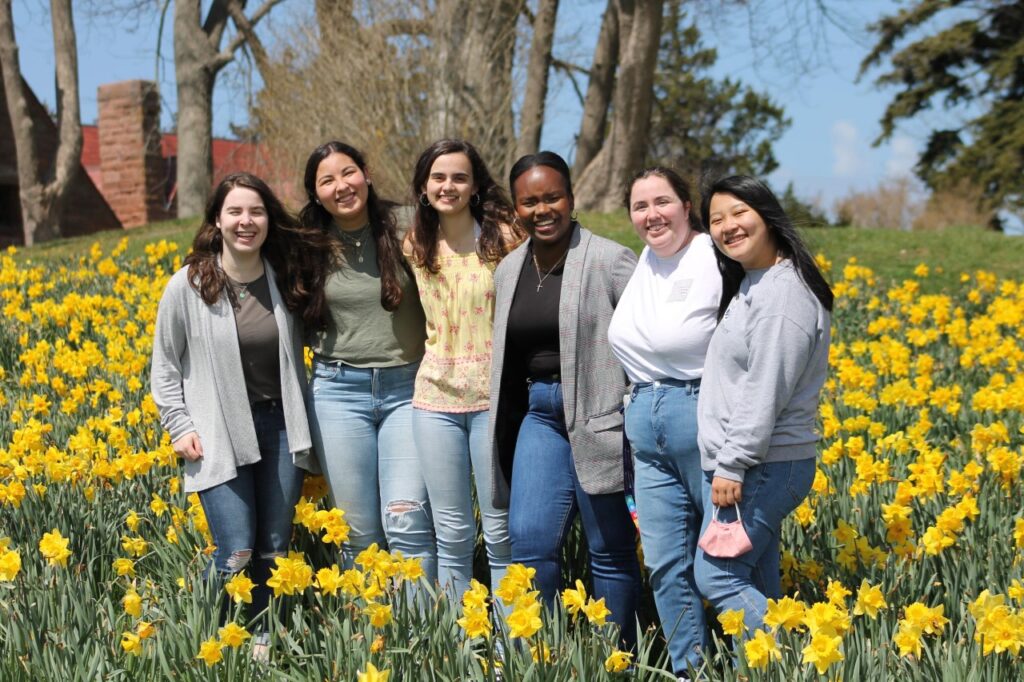 Greenip with friends on Salve Regina’s campus during the springtime.

Greenip plans to apply to a master’s program following her departure from Salve Regina, where she will explore the training necessary for clinical counseling. She hopes to someday work with children during their difficult developmental years, as well as integrate her creative side into her counseling.

Greenip is living proof that while many don’t think diverse interests in STEM and the humanities can overlap, they can. Hopefully, her story will inspire other students to go for their dreams, create ways to combine passions and make the world a better place.