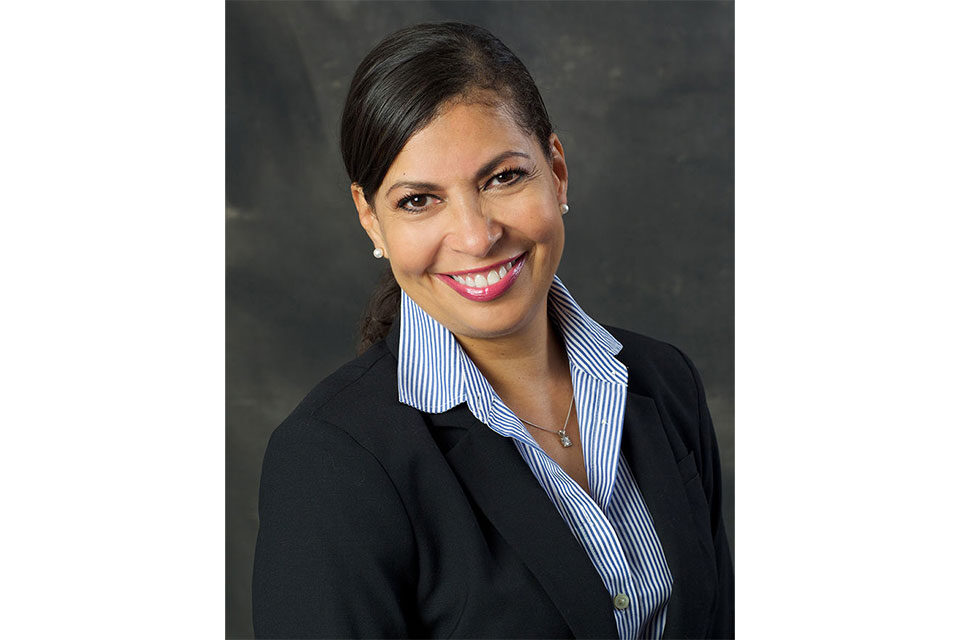 The path to success is almost never a straight line, but with a clear vision in mind, the finish line is not as unattainable as it may seem. Lucy Rose-Correia ’22 (M) is a current graduate student getting a master’s degree in leadership dynamics and practice at Salve Regina, but her life has been a journey in learning about leadership through early struggles, a career in human resources and Cape Verdean cultural preservation.

The importance of growth and second chances

Rose-Correia is a Rhode Island native who grew up in a tight-knit Cape Verdean community in East Providence. After high school, she went off to college, but the traditional path of higher education did not work for her.

“Out of high school I went off to college, and I failed miserably,” she admitted.

Rose-Correia decided to go in a different direction, so she traveled around the country and worked for many years in retail jobs that did not require a degree. While she was working at Nordstrom, she had a great mentor in human resources that asked her if she had ever considered a career in HR.

“I will always be grateful for that encounter that I had with the HR manager that opened up a door for me to step into my career in human resources,” Rose-Correia explained. “I found that when you have an impact on someone’s work experience, it’s pretty much an honor to be able to look at ways to improve the workplace, to really provide an employee with the support they need to succeed.”

Rose-Correia’s experience in retail inspired her to go back to college to receive a degree in business management at Lesley University in Boston, Massachusetts. She pursued her undergraduate degree at an accelerated degree program that worked well for her lifestyle as an adult learner working full time. 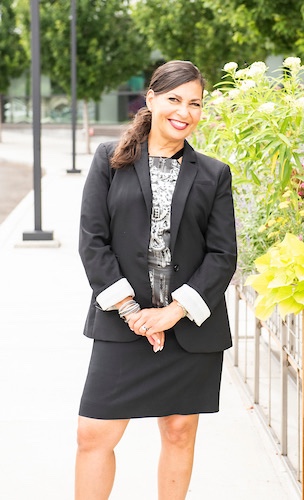 After kick-starting a career in human resources and completing her goal of finishing her undergraduate degree, Rose-Correia built her career from the ground level. She received her Senior Professional Human Resources Certification (SPHR), and Rose-Correia likened it to the exam that Certified Public Accountants (CPAs) have to complete to receive their certifications.

This SPHR certification allowed Rose-Correia to pursue a diverse career path. She has been very fortunate to have a well-rounded experience in different industries with both profit and non-profit organizations. She is currently the founder and president of Esperanca Ja’ Hope Now!, which is a non-profit whose mission is to provide aid and resources to Cape Verdean children who are in need — especially the disabled — both locally and globally.

In the summer of 2021, her peers in the realm of Rhode Island business recognized her hard work with the Providence Business Award. She was recently hired as chief of talent for Children’s Friend, a respected child-serving nonprofit agency in Rhode Island.

“It is a humbling honor to be recognized by your peers in the business world as well as being a leader,” Rose-Correia explained. “Being a woman of color, I know that it is important that I lead by example for the next generation, and I know that it is a mantle that I have to carry. I have to be able to allow people to see themselves through the work that I do so that they can do it, too.”

Inspiration and leadership in cultural preservation

Rose-Correia’s parents made it a point for her to cherish her cultural identity as a Cape Verdean, and she really took that to heart. She not only tries to celebrate her culture with her own family, but she has become an active leader in the Cape Verdean cultural preservation efforts of the north east and Rhode Island.

During Rose Correia’s time away from Rhode Island while she traveled around the country, she began to realize her passion for educating people about Cape Verdean culture.

“I had the opportunity to travel around the United States, and wherever I was going people would always misidentify me as something I wasn’t — which always gave me the opportunity to introduce the Cape Verdean culture,” she said.

Rose-Correia explained that she has a lot of love and pride for her culture, and she began to become more active in the community after she stepped in for her dad at a local Cape Verdean center. From there, she became more active and influential. She has received awards which recognize her as a strong woman and leader in the community.

“I work with the Cape Verdean government, I have a dual passport, and I am a local contact for the Cabo Verde Consulate in Quincy Ma,” she said.

One major accomplishment for Rose-Correia in these efforts was the Cape Verdean Veterans Memorial Cemetery. She served as the project manager for this effort, and she explains that she had a vision that she could not ignore which served as her inspiration. Located in Exeter, Rhode Island, it is the only Cape Verdean memorial cemetery in the country. 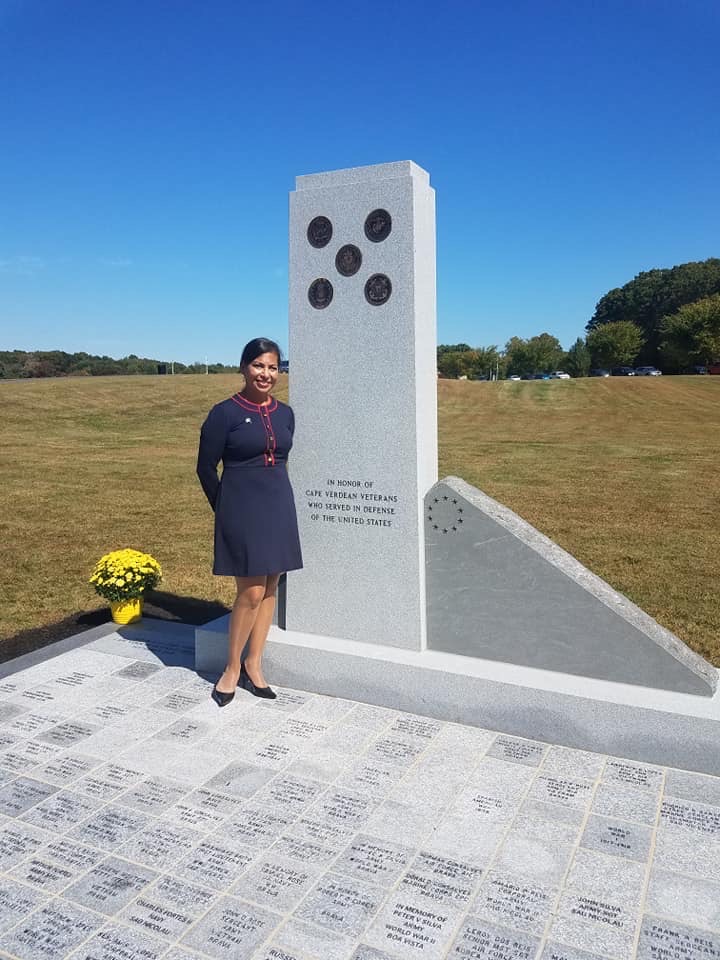 Getting a master’s in in leadership dynamics and practice

Rose-Correia humbly and unselfishly accepts her success, and she is always thinkings about how her leadership will affect and inspire others. This type of self awareness is one of the core themes in Salve Regina’ master’s degree in leadership dynamics and practice. Rose-Correia started the graduate program in 2019, and she has been slowly working through it amidst her busy schedule with her career in human resources.

“I was very fortunate that the program was a school I was proud to be a part of,” she said. “The department head, Dr. Gordon, is just amazing. She takes such a special interest in each one of the students that want to be part of the program. She is just such a role model and a leader, and she is so inspirational that you can’t help but want to do well in the program, because you become one of her disciples.”

Rose-Correia explained that Salve Regina’s leadership master’s degree is very different from her business management degree, as it is more about big thinking and systemic change within leadership. Students learn about leading in all sorts of contexts, and they also learn about themselves and being in touch with what is important to them so they can lead from a truly authentic place. A lot of the philosophy and reflective material in the program has been an internal journey in addition to being an external process.

“It really changed my way of being in the world,” she said.

Rose-Correia has a vision board dedicated to her graduate degree that reminds her of her “why” that inspires her through all of the hard work. The vision board includes images of the program model and helps her imagine the day where she can stand in front of the gates of Ochre Court upon her graduation.

“I want a photograph right there in front of those gates with my cap and gown,” she said. “It’ll be like, ‘Wow, I did it.'”

With only a few more classes between Rose-Correia and her degree, she explained that the end is the hardest push. Rose Correia once ran the New York Marathon, and this point in her degree feels a lot like her mile 19 in that marathon.

An unpredictable path to success

Rose-Correia’s career experience is not the traditional trajectory of a business career, but her dedication and hard work has exemplified the importance of keeping a goal in mind. Even though the path to success and accomplishing goals may not be linear, Rose-Correia’s philosophies provide a positive outlook. Goals can be accomplished as long as someone can remember their “why” and keep a clear vision in mind.

“I will always be so grateful for the education I am receiving at Salve Regina,” she said.