Salve Success: Noe Mercado ’14, fighting to find a vaccine for the coronavirus 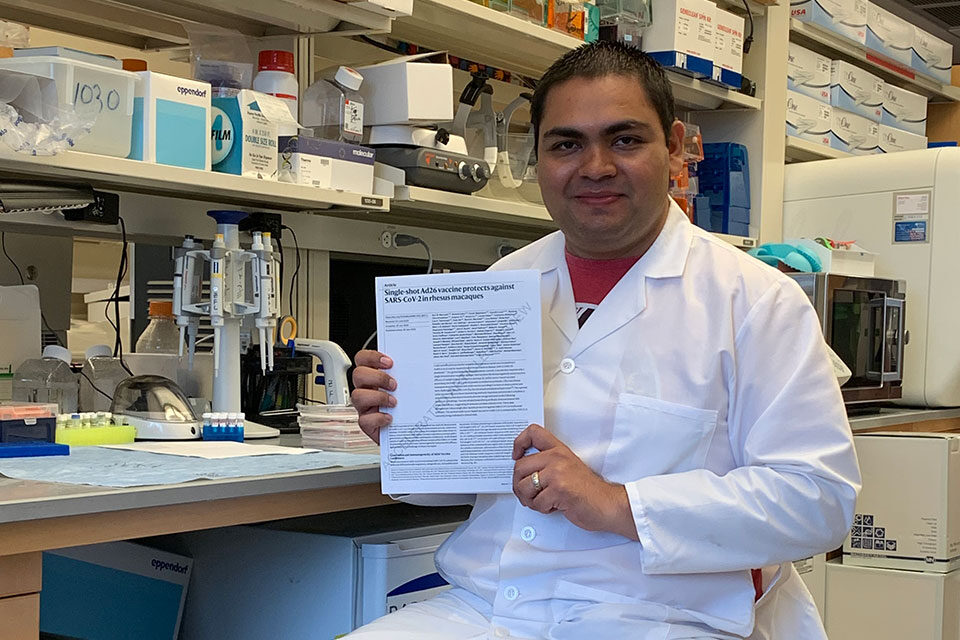 From El Salvador to Newport and beyond, Noe Mercado ’14 is a true story of triumph and determination despite the odds. And his tenacity is coming in handy as he tackles the biggest challenge of 2020: helping to create a vaccine for the coronavirus pandemic.

The journey as an immigrant and first generation college graduate

Born in El Salvador and raised by his grandparents since age one, Mercado didn’t really “meet” his mother for the first time until arriving in the U.S. at age eight. She had moved to Providence, Rhode Island – leaving Mercado and his sister behind – in an effort to find a better life for their family. Noe’s mom, who doesn’t speak English very well, struggled to provide for the family by working long hours at minimum wage in a factory.

They later moved to Central Falls, Rhode Island, where Noe attended Central Falls High School. In 2010, Mercado’s senior year, the high school was named among the six worst schools in Rhode Island due to poor graduation rates and state testing scores, and the school board took the unprecedented step to fire all its teachers and administrators—putting Central Falls in the national spotlight.

Despite the turmoil, Mercado discovered a talent while taking honors biology and chemistry classes. His National Honor Society advisor encouraged him to apply to Salve Regina and set up a meeting for Mercado with the university’s chancellor, Sister Therese Antone, who had previously served as Salve Regina’s president. 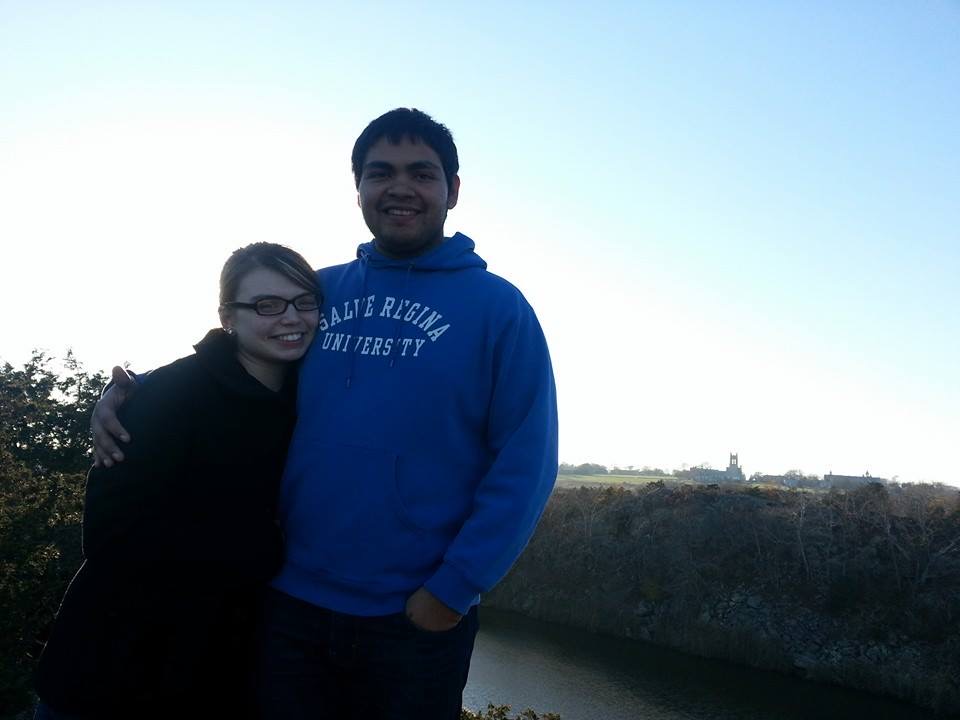 Mercado met his wife Ashley while attending Salve Regina, whom he married two years ago. They have been together for seven years.

“Perhaps one of the greatest obstacle that I had to overcome was finding a way to afford college,” Mercado described. “As I spoke to my mother about the costs of college, she would often say, ‘I’m sorry, mijo [son]. I wish I could help you.’”

Unable to qualify for federal aid due to his immigration status, Mercado was advised to apply for a full-tuition scholarship program at Salve Regina that Sister Therese had instituted during her presidency – the Aquidneck Island Multicultural Scholarship, which is now known as the Martin Luther King Jr. Scholarship. Sister Therese also helped him gain assistance through other resources to cover his first year of residency. After that, Mercado served as a Resident Advisor for three years and worked full-time jobs each summer to do what he could to fill in the gaps.

“My dream became a reality once I learned that I was awarded the [scholarship], which covered my tuition at Salve Regina for four years,” said Mercado. “I felt so blessed.”

Flourishing at Salve Regina and beyond

Once he got to Salve Regina, Mercado found the academics to be very challenging, but he flourished in all areas of his development with the help of a supportive community. His faculty mentor at the time, Dr. J.D. Swanson, introduced him to medical research, and he’s never looked back since.

“Research has been a major part of my life, and it is because of Dr. Swanson that I was able to find my calling,” Mercado said. “I learned several molecular techniques and also began working on a project that was funded by a research grant. I loved applying the concepts I learned in class.”

A Presidential Scholarship recipient and Dean’s List student during his Salve Regina tenure, Noe served as an AIMS Mentor and as a member of the Environmental Club, Spanish Club and Multicultural Student Organization. He also volunteered with the Newport County YMCA and Heatherwood Nursing Home. In 2013, Noe participated in the Summer Undergraduate Research Fellowship (SURF) of the National Science Foundation, and he also presented at several regional and national conferences. 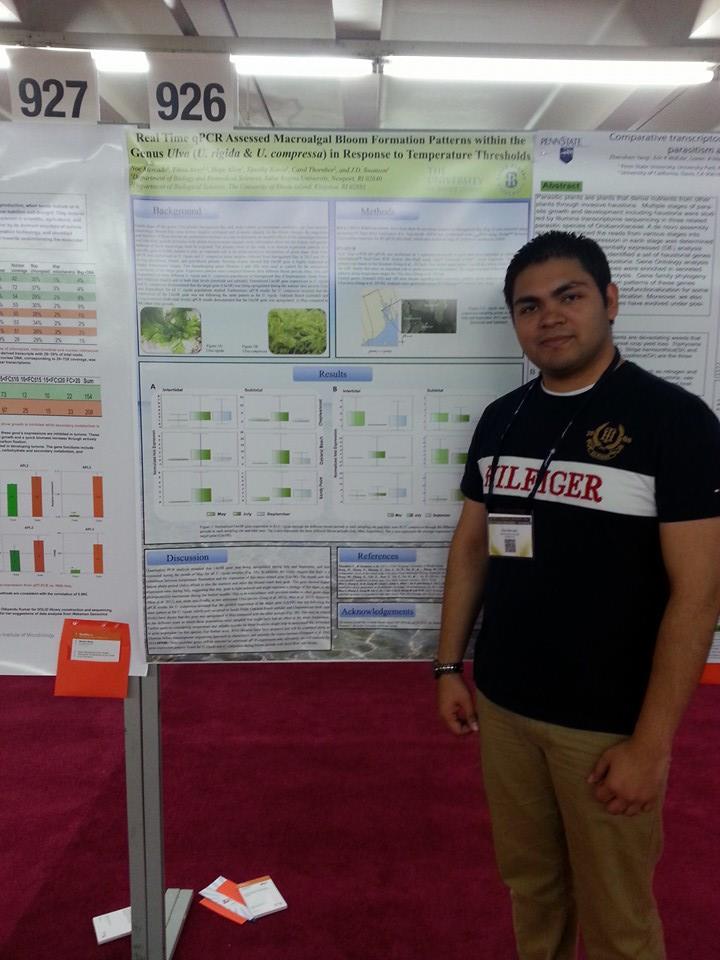 This love for research was what compelled him into the next chapter of his life after graduating from Salve Regina. After graduation, Mercado found an opportunity to work as a research associate at Beth Israel Deaconess Medical Center (BIDMC) in Boston, Massachusetts. “I saw this opportunity at Boston here, and there was a lot of opportunity for growth,” said Mercado. “I thought that was a great opportunity for me to be in a lab and develop those skills.”

Mercado has been at BIDMC for five years now. When he first started, his role was standard research. He did things like cloning, transformation and developing different vaccine platforms. Over the years, his position has transformed into a leadership position in the lab, where he gets to direct and lead a lot of the research. BIDMC has grown from being primarily focused on finding a vaccine for HIV to studying other pathogens, too. Research projects in the lab also include tackling major diseases, such as cancer and tuberculosis.

“Back in 2016, we developed one of the first vaccines for the Zikka virus and showed 100% efficacy,” described Mercado. “There was a lot of concern, a lot of different countries who came together and got their scientists to learn more about it. But there was a lot of effort, and because of the transmissibility, that was why it had to be contained.”

Handling problems like the Zikka virus were precursors to what Mercado faced in 2020 as the coronavirus pandemic began.

Fighting to find a vaccine for the coronavirus pandemic

“Back in January, I remember it to this day when I received an email from my boss. He said, ‘Hey, this news was just released about this coronavirus. Can you and two other colleagues look at the genome and see if you can figure out a vaccine for this?’ ” recalled Mercado. “We worked nonstop all weekend trying to unravel the genetic code, and things began progressing pretty quickly after that.” 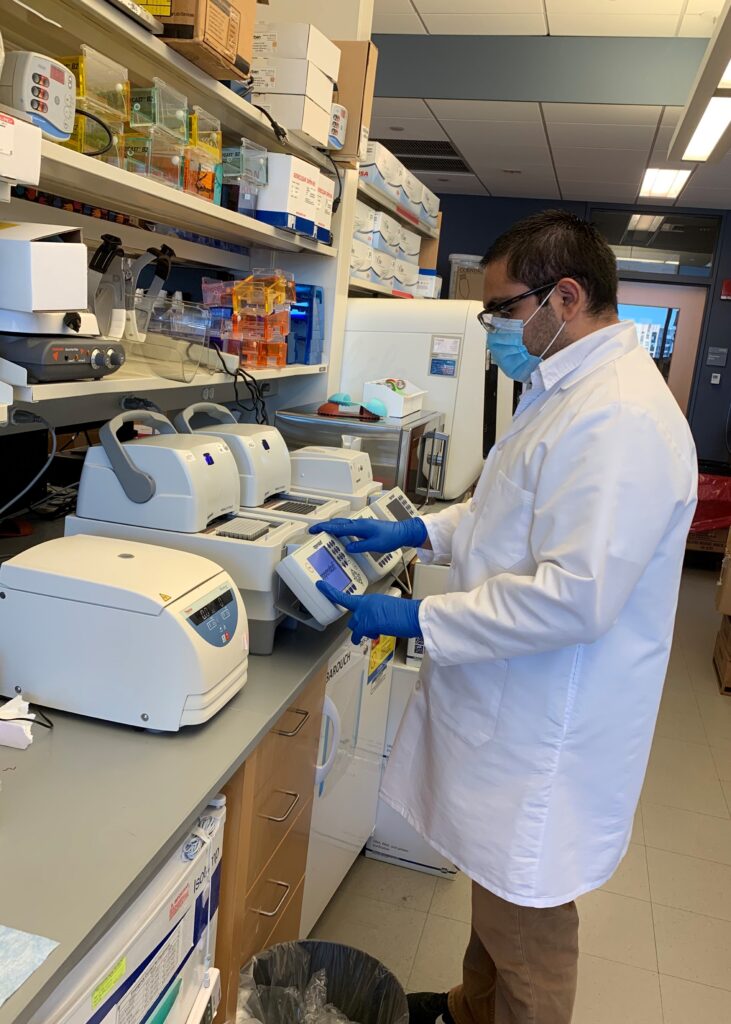 A photo of Mercado in the lab at Beth Israel Deaconess Medical Center in Boston, Massachusetts.

Mercado said that initially they weren’t expecting the coronavirus to spread to the U.S, but as the world came screeching to a halt—and America went into quarantine in March—Mercado saw that things were going to get worse. The stakes were rising for coming up with a vaccine for COVID-19, and it has been all hands on deck at BIDMC since then to find a vaccine.

Throughout the past few months, Mercado’s team has been able to produce a vaccine that has efficacy—a journey that has been highlighted in places like “NBC Boston”, the “Boston Globe” and the “The New York Times.” He and his team have also published two articles so far in scientific journals, including “Nature.”

“I can’t take the credit all by myself, because a lot of people have contributed,” said Mercado. “I’m so grateful to be part of this team, and we’ve shown that we can develop this vaccine, and that there is efficacy. And essentially, we are going to need not just one, but we’re actually going to need multiple [vaccines].”

Other pharmaceutical companies are also making vaccines, as well as other labs from around the world. New information is coming in every day concerning the coronavirus, and integrity and high quality simply can’t be rushed when it comes to human lives, according to Mercado. “It’s not a race,” said Mercado. “It’s basically for the better of the world. So we need to make sure that at the rate that we’re going that we’re not sacrificing anything.”

At the end of the day, Mercado looks back on his life—full of struggles and pushing through enormous odds—and sees how everything has prepared him for the challenges being faced right now in the world. Being an immigrant, working hard to attain education through Salve Regina, and now being at the center of the world’s fight for a COVID-19 vaccine fills him with gratitude for how far he truly has come. 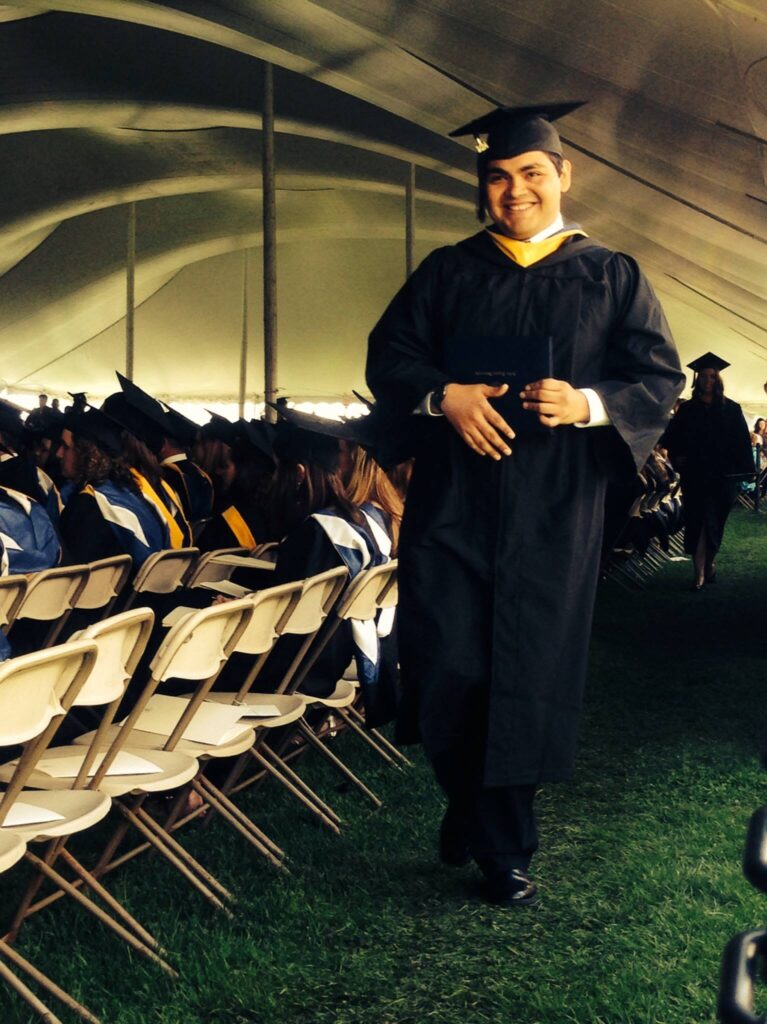 Mercado graduating from Salve Regina in 2014.

Featured photo is of Mercado holding up a print version of one of the articles he’s submitted to a scientific journal regarding COVID-19.