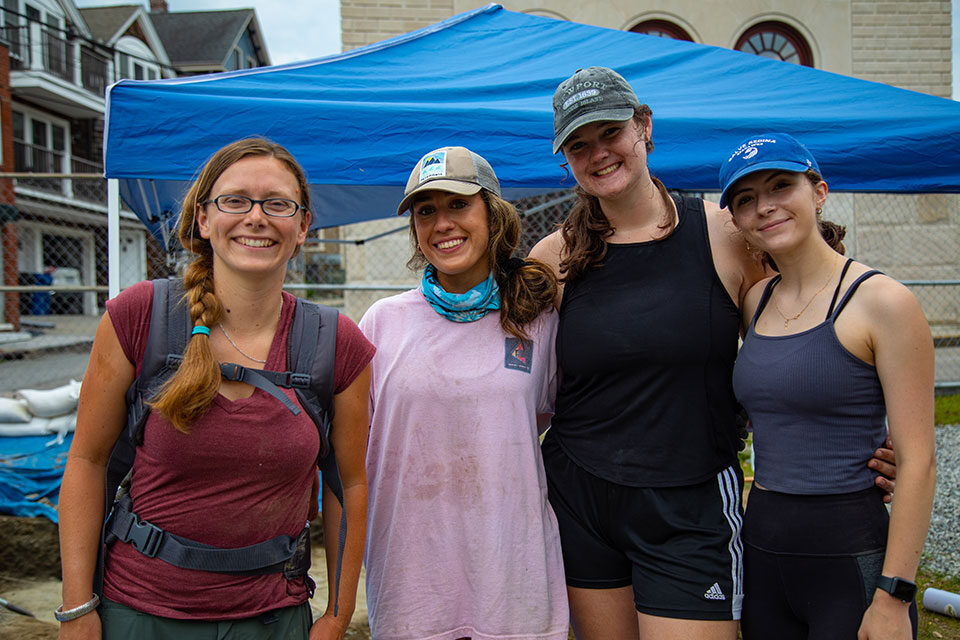 Two alumni, Lauren McKinnin ’21 and Mary Persico ’21, and a current student, Grace Parenti ’22, from Salve Regina have been involved in an all-female archeological dig this summer at the historic spring site located in Newport, Rhode Island. In August, they revealed artifacts that they’ve unearthed along the way, displaying them to invited members of the public.

The archeological dig has been run by Dr. Alexandra Uhl, an adjunct professor at Salve Regina. “That hands on experience with students is priceless,” said Uhl of her experience leading such a dig. “Newport city is such a historical city, so … you’ve got history all around you and under you.” 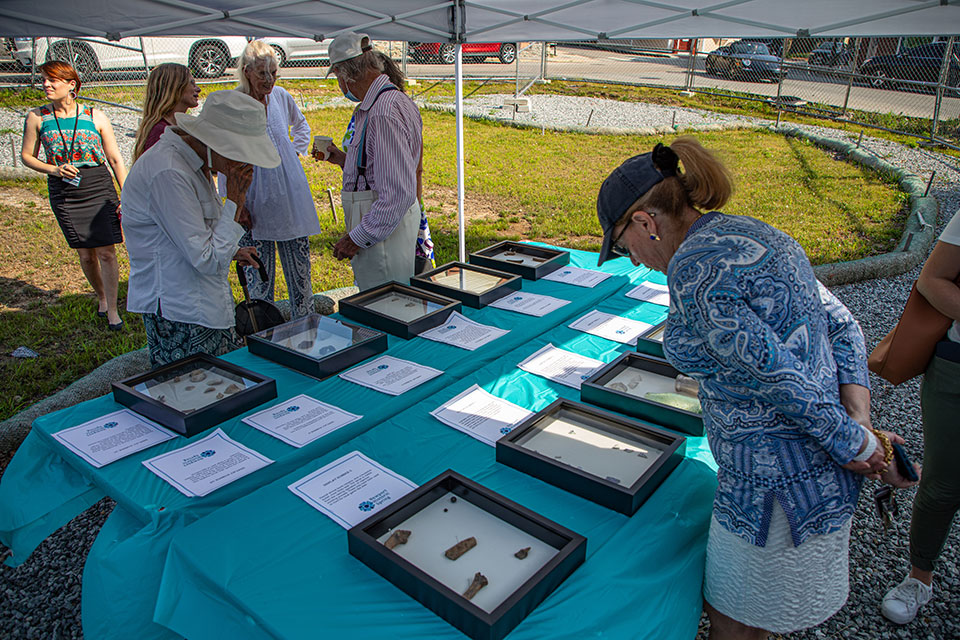 Members of the public look at artifacts found over the summer.

Mary Persico graduated with a degree in cultural and historic preservation, as well as sociology and anthropology. She described what a day has been like for the four members of the archeological dig.

“We grab all our gear from across the street, we bring it over this way … and we lay our catalog bags out just to get ready for whenever we find something to put in them,” she said. “Then we get our shovels, and we come over here to get a bucket. We got to be careful, but we start scraping the sides [of the dig area], filling the bucket up slowly without trying to break anything in the process.” 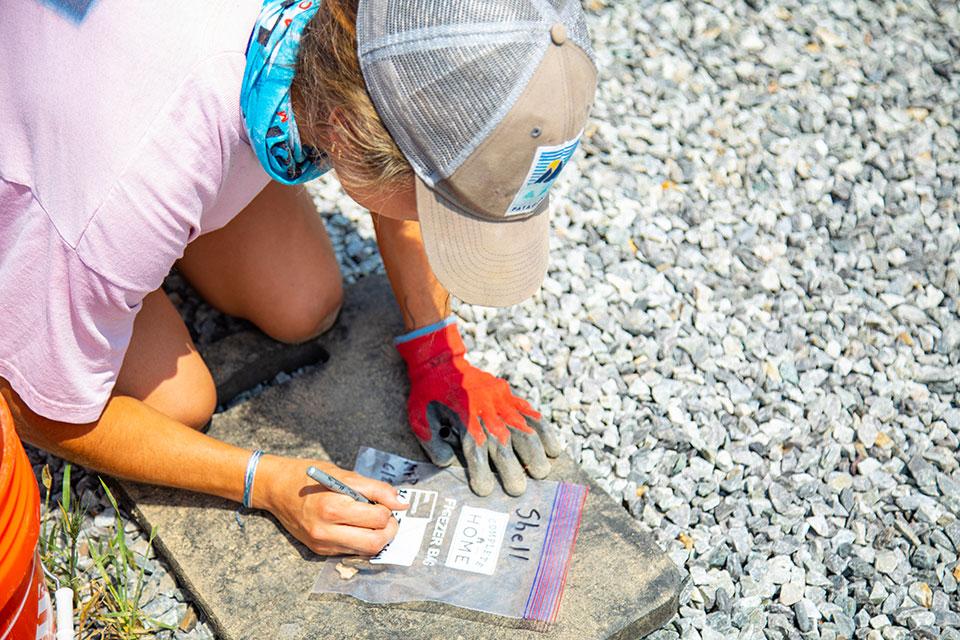 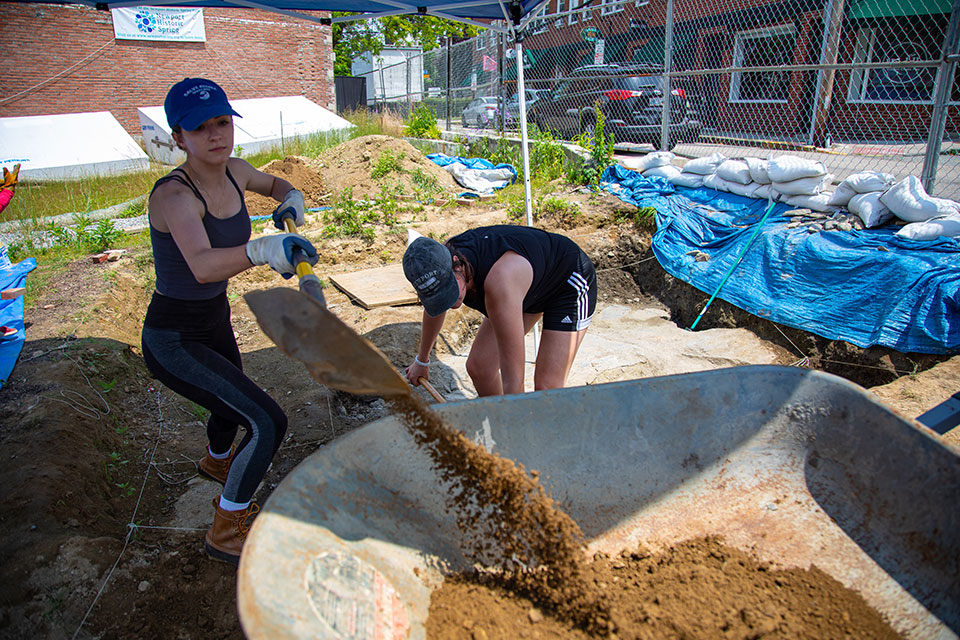 Grace Parenti (left) and Lauren McKinnin dig at the site around the historic spring.

Once they have a bucket or wheelbarrow full of dirt, the team brings it over to a strainer to sift through the dirt. If they find an object, they put it in a catalog bag to it investigate further, trying to determine what it might be. Throughout the summer, they found numerous artifacts through their careful digging, sifting and cataloguing.

“It was fantastic overall. It was everything I dreamed of, ” said Parenti about her experience working at the dig.

Parenti, a double major in art history and cultural and historic preservation, had always wanted to do be involved with an archeological dig, and she was excited to be able to take an archeology 101 class at Salve Regina. It was her participation in that class that paved the way for her to be part of this summer’s dig. Parenti was particularly excited about the pieces of ceramics that were uncovered during the dig.

“We found a lot of pieces that have the same decorations on them and the same painting and glaze design,” Perenti described. “It’s Chinese inspired porcelain, and there’s a chance that maybe some of these pieces are authentic from China brought through trade in Newport, whereas some of them also might be European remakes.” 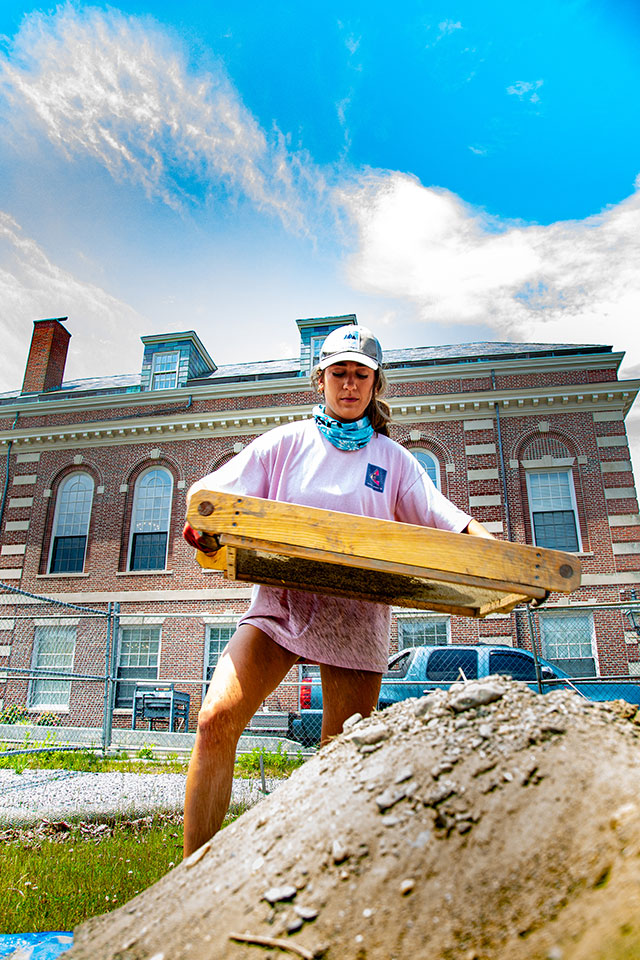 Envisioning the past and the future for a historic spring

The archeological dig took place because of Salve Regina’s partnership with the Historic Newport Spring Project, which is run by the Newport Historic Spring Leadership Committee and the Church Community Housing Corporation. The goal is to continue to investigate and unearth the site around the spring, which has a long history within the region.

“Underneath us is freshwater,” described McKinnin, who graduated from Salve Regina with a sociology and anthropology degree, as well as a philosophy degree. “We’re standing on top of a freshwater source right now. When the original Native Americans … were here, this is what they used for their water source, and they covered it with sheets of bedrock to keep it safe.” 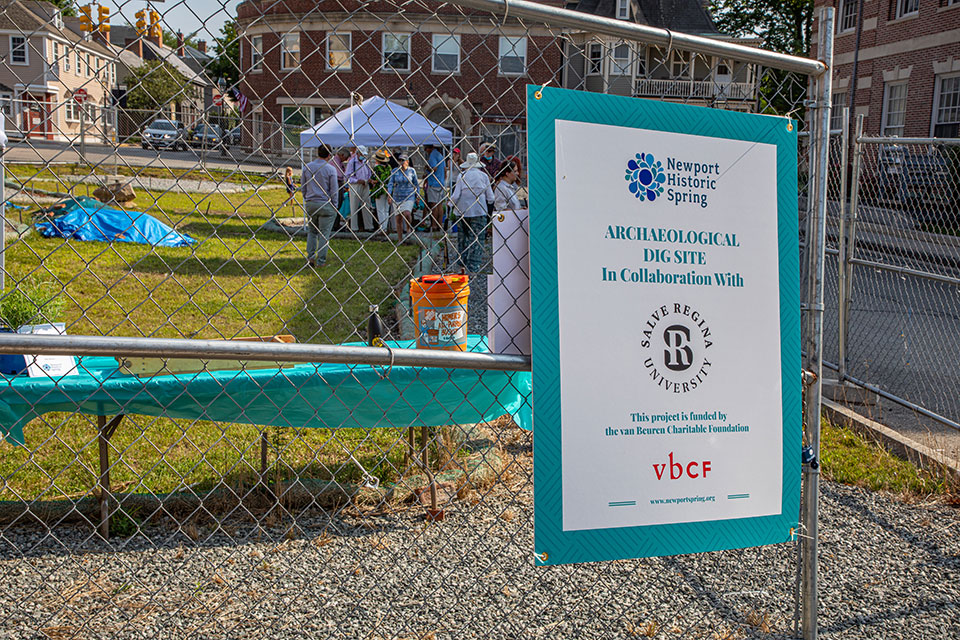 The Newport Historic Spring Project plans to turn the areas into a park.

The City of Newport was founded in 1639, and records from that time indicate that the town would be built up around the spring. Throughout the years, the spring was covered up and a gas station was built on top of it. After considerable fundraising, the Church Community Housing Corporation purchased the land for the Historic Newport Spring Project, and they are eventually planning to turn the area around the spring into a park that celebrates Newport’s historical legacy.

Overall, the three students are proud of what they’ve accomplished this summer. Until the ground freezes, the dig will continue into the fall with student interns from Salve Regina, and there are plans to resume the dig next spring.

“We’re uncovering history,” said McKinnin. “The rocks that I’m standing on haven’t been uncovered in 300 years, so what we’re doing here is impacting the Newport community. To say that the work that we’re doing right now … is going to be a part of Newport for the next foreseeable hundreds and hundreds of years — I just feel lucky …. I can’t wait to come back here with my kids in 40 years and say, ‘See that park? I helped with that.'”

The archeological dig was a made possible through a grant by the van Beuren Charitable Foundation, which funds projects that bring enrichment to Aquidneck Island. 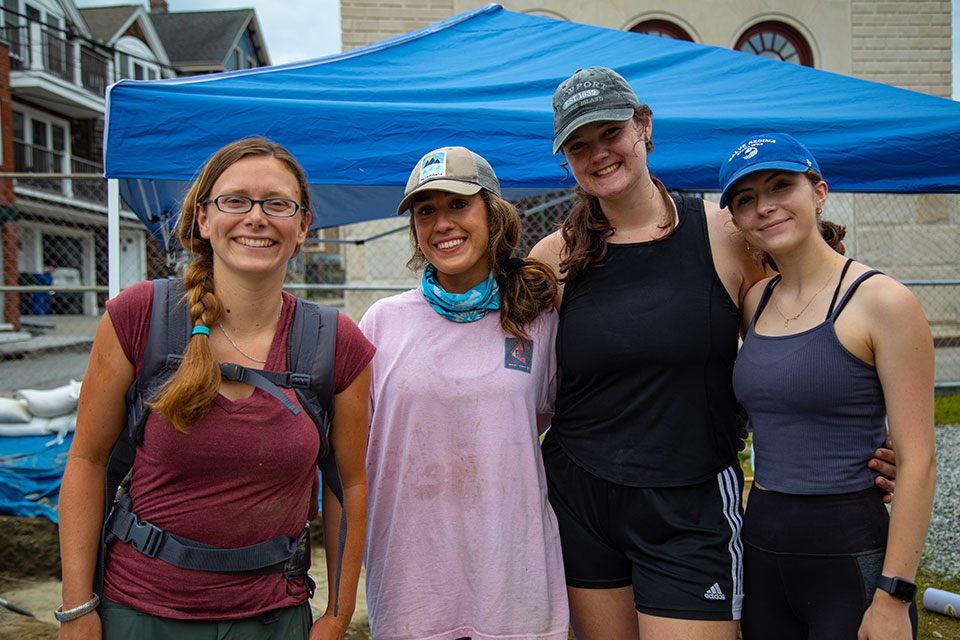 Uhl, Persico, McKinnon and Parenti (from left to right).