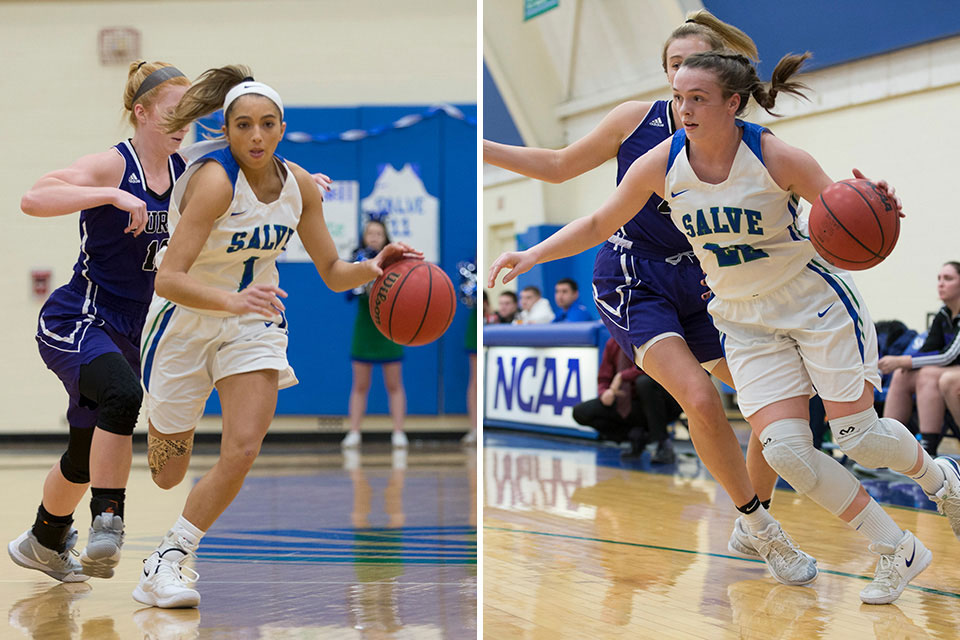 Torie Scorpio ’20 and Kerri Beland ’19 were recently named to the Commonwealth Coast Conference’s all-conference teams for women’s basketball. Both players are averaging double figures in points per game.

Scorpio (second team) is averaging a career-best 12.8 points per game and has a dozen more three-pointers (45) than her previous best (33). She also leads the Seahawks with 95 assists.

“Torie once again did a tremendous job leading the Seahawks this season,” said head coach Cori Hughes. “Her recognition is well-deserved. I look forward to witnessing her continued improvement and maturation as she goes into her senior year in Newport, and once again leads us in 2019-2020.”

Beland (third team) became the 14th Seahawk to reach the 1,000-point milestone and led the team in rebounding (6.9 rebounds per game) this season. She produced a team-best five double-doubles, and is a nominee for the College Sports Information Directors Association’s academic all-America for the second consecutive year.

“Kerri is a smart, well-rounded, gifted player and leader,” Hughes said. “I am pleased – but not surprised – that my coaching peers recognize this as well. She will be sorely missed on the hardwood and in the locker room next year.”