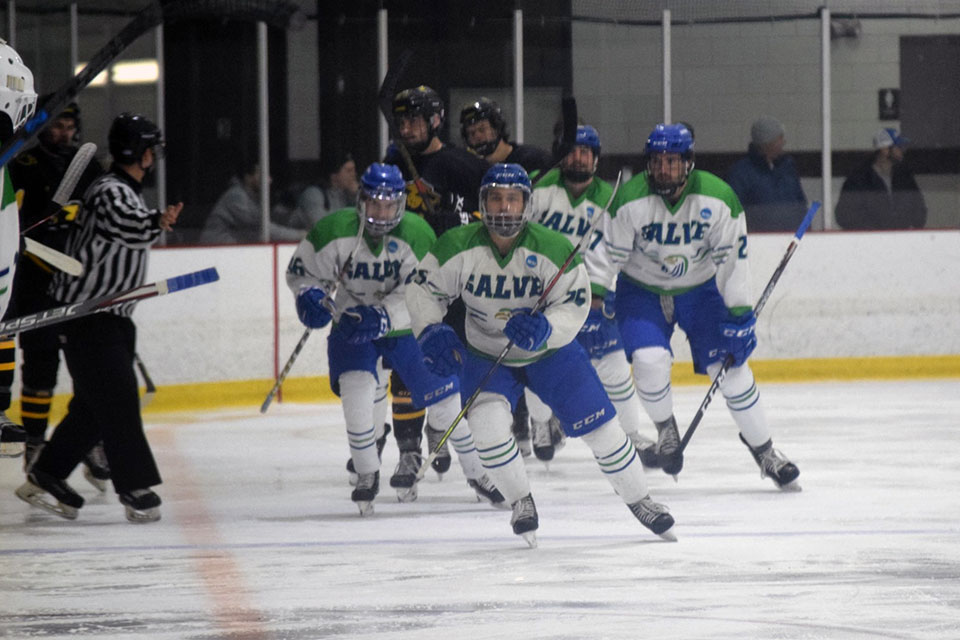 Salve Regina’s men’s ice hockey team has been ranked sixth in the nation by U.S. College Hockey Online in the latest coaches’ poll.

Salve Regina tied with Curry College 4-4 in the only game of the week for the Seahawks last Saturday. The Seahawks scored with 1:01 remaining in the third period to force overtime in the eventual tie. Salve Regina remains unbeaten in Commonwealth Coast Conference play.

Cayden Kraus ’23 was named conference rookie of the week after scoring twice in the tie. His first tally came in the first period and drew the game even at one. With Curry leading 4-3 in the waning minutes, Kraus netted his second tally with 1:01 remaining in regulation to pull even once again and force overtime.