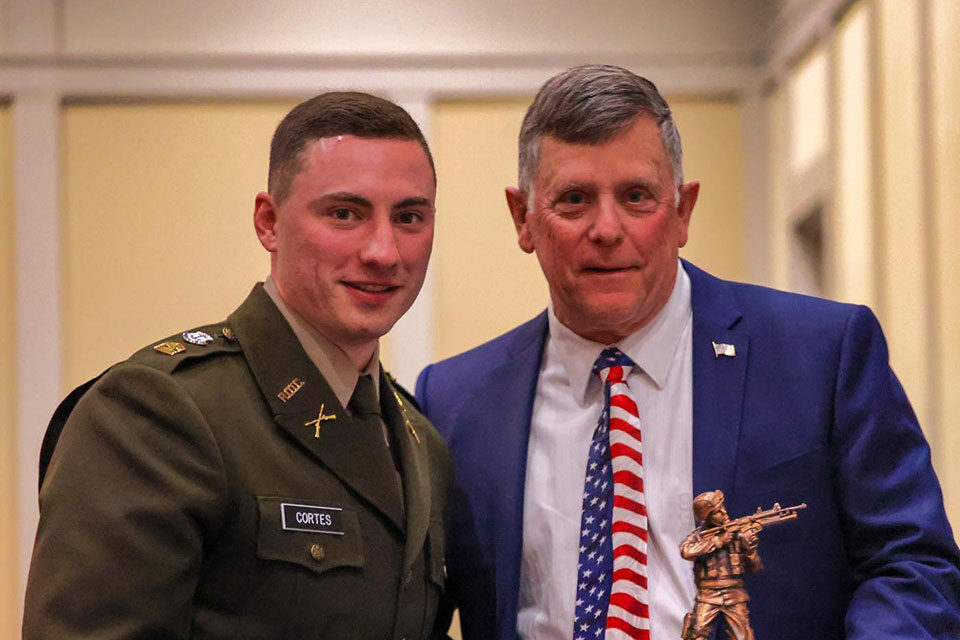 The Reserve Officer Training Corps (ROTC) awarded their 2022 Cramer Sabers Battalion Awards in early May. This was followed by a graduation ceremony on Thursday, May 19, when ROTC senior cadets were officially commissioned into the U.S. Army as second lieutenants (2LT). The Cramer Sabers Battalion includes cadets from Salve Regina, Roger Williams University and the University of Rhode Island.

Benjamin Cortes ’22 also received the 2LT William G. Schanck Jr. USMC Memorial Award and The George C. Marshall Award. In 2021, Cortes was named the Cadet Battalion Commander, which is the highest ranking cadet. His desire was to lead other cadets by his example, and the awards he received in 2022 confirm his dedication to excellence.

Cortes himself looked back fondly at his time at Salve Regina. An administration of justice major from Smithfield, Rhode Island, Cortes has big plans for the future. He participated in the ROTC program at Salve Regina for the four years of his undergraduate studies, and he was commissioned as a second lieutenant in the United States Army on May 19. 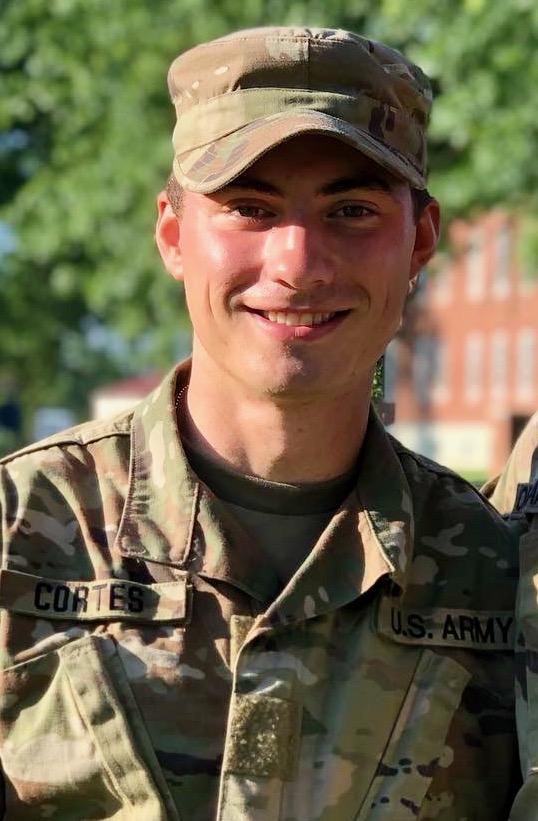 On May 31, Cortes headed to Fort Benning near Columbus, Georgia, to attend his Infantry Basic Officer Leadership Course (BOLC). His goal is to attend both Ranger and Airborne schools to perfect his skill and education as an officer in order to best serve the country.

“I eventually want to make a career in the military, whether it be active duty or national guard,” Cortes said. “I also would like to work towards getting a job in the intelligence community or federal law enforcement.”

“I plan on reaching out to my professors after I graduate when I need their expertise on a situation,” he said.

Cortes came in as an undecided student, which was a challenge. However, he dedicated himself to exploring a variety of things before he decided on administration of justice. He believes that what underclassmen and prospective students might not recognize is that they are in the driver’s seat when it comes to their college experience. The courses, clubs, sports, internships and other extracurricular activities are there for the taking.

“I would highly recommend to take your education in your own hands,” he said. “Aim your goals as high as possible …. There will always be adversity along the way, but with maximum effort and determination you can succeed at whatever goal you set.” 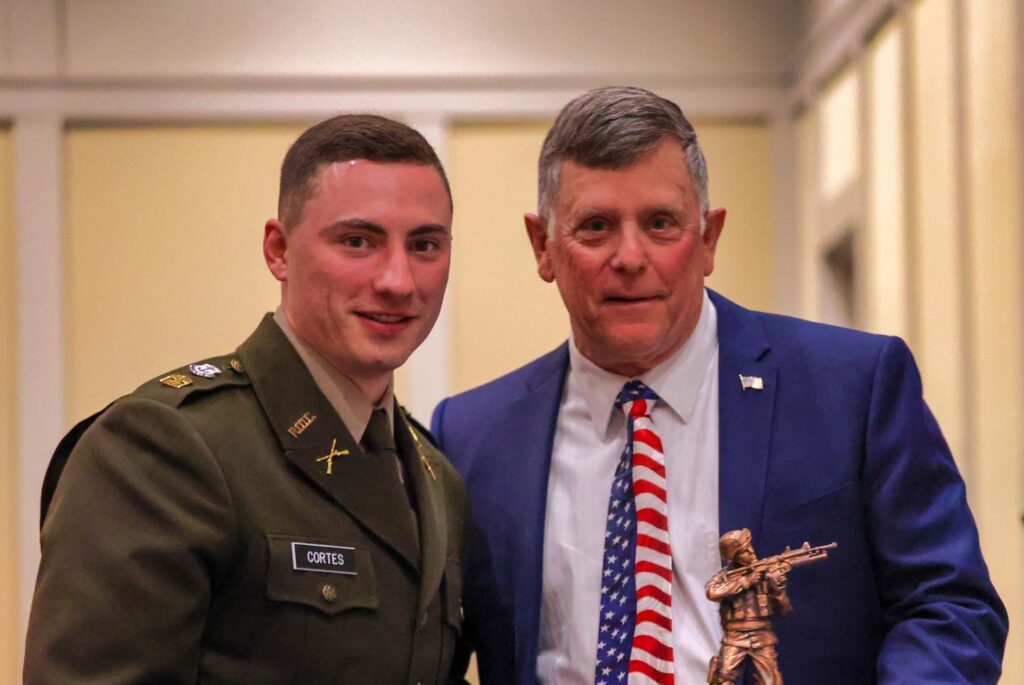 The Reserve Officer Training Corps is a college program offered at more than 1,700 colleges and universities across the United States that prepares young adults to become officers in the U.S. Military.

Salve Regina’s ROTC program emphasizes the development of individual leadership ability and prepares students for future leadership roles in the Army. Professional military education skills such as written communications, human behavior, history, mathematical reasoning and other skills are fulfilled through a combination of Core Curriculum and military science courses.