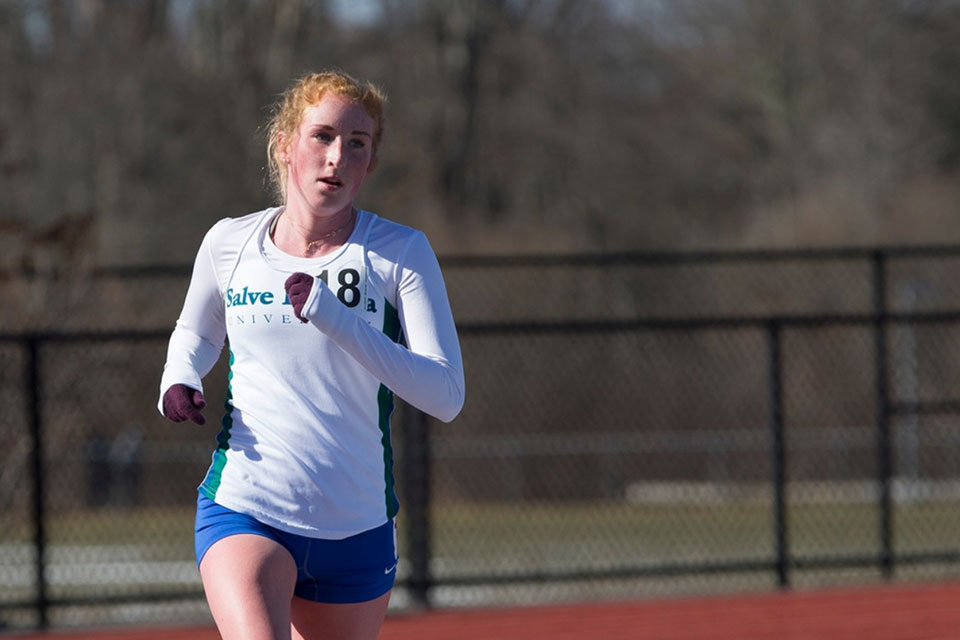 Patrick Maybach ’20 was named pitcher of the week after a dominant performance in the Seahawks’ 7-0 victory over conference opponent Gordon College. He allowed just four hits and one walk in eight innings while striking out 12. With the victory, Maybach improved to 2-1 on the season, while lowering his ERA to 1.88.

Niko Szelest was named rookie of the week after scoring 10 points in two wins for the Seahawks last week. He opened the week with six points (five goals, one assists) in a non-conference win over Johnson and Wales University before scoring four goals in a conference win over Gordon College. Szelest also collected one ground ball and took 19 shots.

Olivia Owen ’20 was named track athlete of the week after earning a second-place finish at Bridgewater State University’s Bears Invitational. She ran her 10-kilometer race in 40:37.61. Owen’s finish added eight points to the Seahawks 59-point total, ranking them sixth in the meet and fourth among NCAA Division III teams.

The 4×100-meter relay team of Jenna Bryden ’22, Erin Gunther ’19, Natalie Kopiec ’19 and Madison Stanley ’20 was named relay team of the week after posting a time of 53.34 at the Bears Invitational, earning a third-place finish in the event.

The Seahawks will compete in the University of Massachusetts Dartmouth’s Corsair Classic on Saturday, March 30.