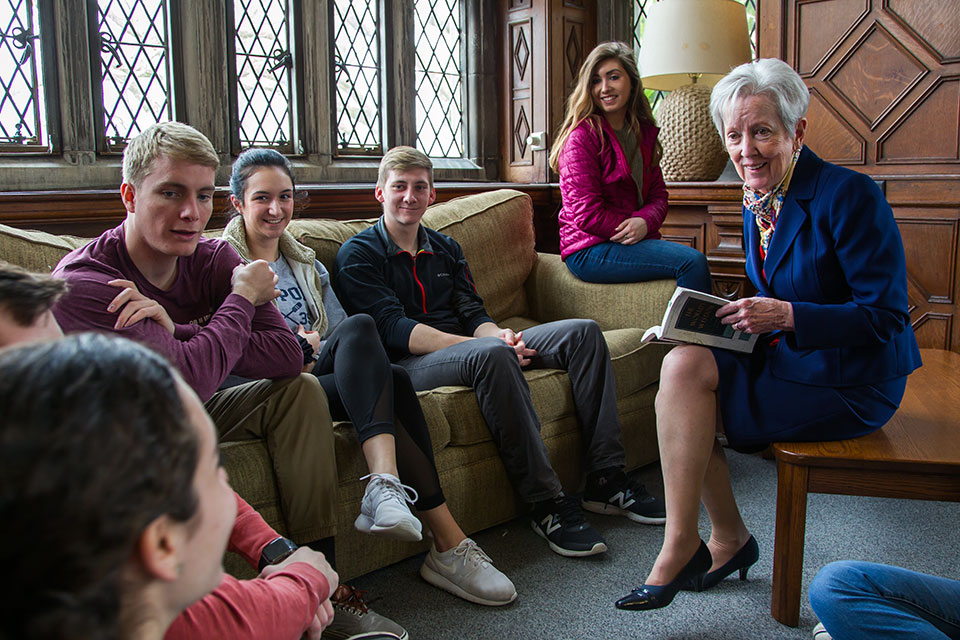 President Jane Gerety, RSM will be honored for her service and commitment to the state’s higher education and nonprofit communities during two upcoming events in Rhode Island.

On Thursday, March 7, Sister Jane will join four other higher education leaders in the state when Sen. Donna Nesselbush and Rep. Kathleen Fogarty host a celebration in their honor for International Women’s Day at the Rhode Island State House in Providence.

On Thursday, March 14, members and leaders of the nonprofit community and the Newport Partnership for Families will host a reception to honor Sister Jane for her nearly 25 years of service to Salve, her many contributions to the community and her passion for nonprofit missions. The wine and cheese reception will be held at Child & Family’s community center in Middletown.

Sister Jane was inaugurated as Salve’s seventh president in July 2009, and had previously served on the University’s board of trustees since 1995. She has announced her plans to retire in June.