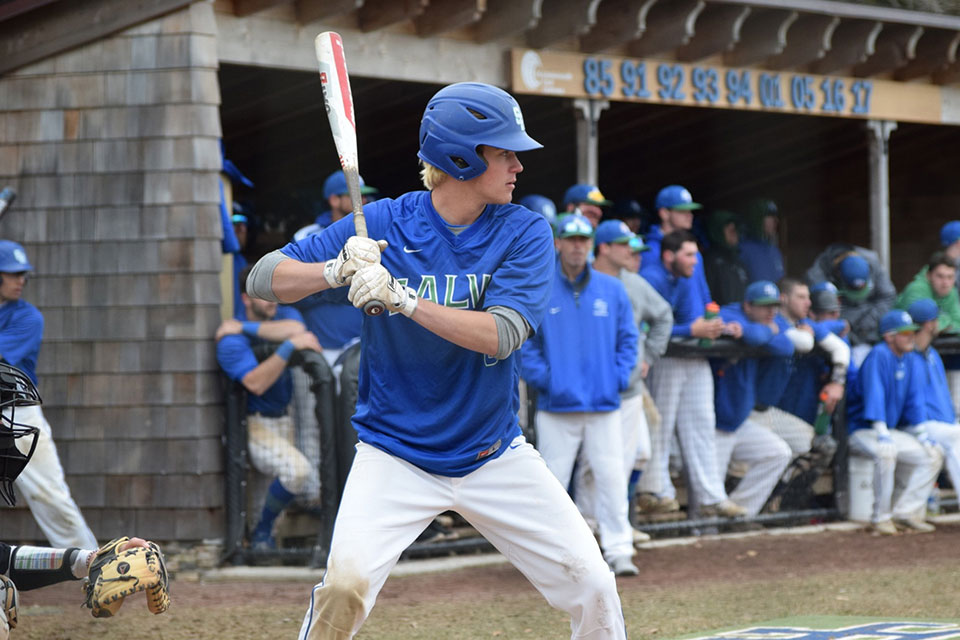 Jack Betts ’22 was named rookie of the week after batting safely in all four of the Seahawks’ games last week, hitting .500 (8-for-16) with one double, four RBI and seven runs scored. He registered five hits and four RBI in a doubleheader split with conference rival Wentworth Institute of Technology, while adding a pair of hits in a setback to regional rival University of Massachusetts Boston.

Mike Mongelli ’19 was named defensive player of the week after helping the Seahawks earn a 15-11 non-conference win over St. Joseph’s College. He had nine ground balls in the contest and two caused turnovers. Mongelli also pitched in on the offensive side of the ball with two goals and an assist.

Erin Gunther ’19 was named field athlete of the week after earning a first-place finish in the triple jump at the Corsair Classic Track & Field Invitational. She jumped 11.11 meters (36’6”) to take the title and place 29th on the NCAA Division III outdoor qualifying list. Gunther and teammates Jenna Bryden ’22, Natalie Kopiec ’19 and Madison Stanley ’20 were also named relay team of the week after finishing fourth in the 4×100-meter relay at the invitational with a time of 52.52.