Spencer named rookie of the year for men’s basketball 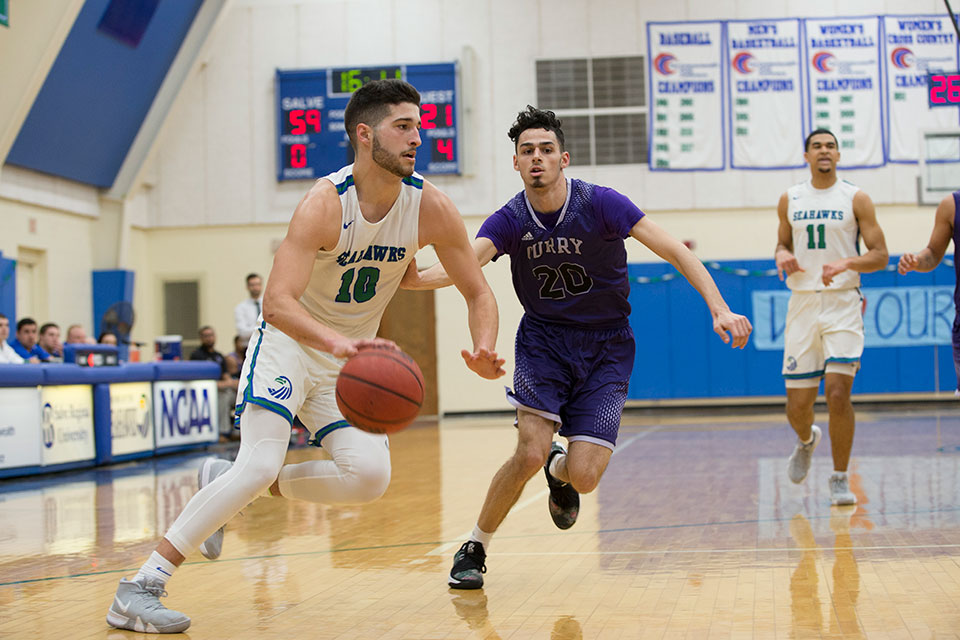 Mikey Spencer ’22 was recently named the Commonwealth Coast Conference rookie of the year for men’s basketball.

Spencer, who was also named to the all-conference third team, was a go-to player for the Seahawks in his first collegiate season. He averaged 17.8 points per game – ninth in the conference – and 30.9 minutes per game. Spencer did much of his damage from downtown, ranking fifth in the conference in three-pointers with 72.

“Mikey had a tremendous freshmen season for our team,” said head coach Sean Foster. “It’s great to see him honored by the conference for his efforts. He has gained valuable experience from which he will continue to improve; he has the potential to have a major program impact in the future. Our staff is excited to continue to see his growth.”

Salve Regina finished in a three-way tie with University of New England and Wentworth Institute of Technology for the final two spots in the conference postseason, but the Seahawks’ 2-2 mark against those two schools did not help in the tiebreak procedures.